Mother reveals how badly her 11-year-old is being bullied

A mother fears her 11-year-old daughter could become the next Dolly after threatening to end her life because of years of relentless bullying.

Aimee Cowen said her daughter, Halle Bone, had been bullied so constantly since the age of seven that she didn’t want to get out of bed in the morning and was too scared to go to school.

Unless her tormentors backed off, she feared her daughter could take her own life to escape the ordeal.

‘Kids are taking their own lives because of bullying, I am terrified of life without her – I can’t bear the thought of walking into her room if she isn’t here anymore,’ Ms Cowen said.

The bullying and harassment started when Halle, from Tasmania, was mercilessly mocked for having thick eyebrows.

Since then she has been ‘pushed and punched’,  been targeted in a Snapchat hate campaign and told by other children she ‘should end her life’.

Halle Bone, pictured, can’t get out of bed, hesitates to go to school and has threatened to end her own life over bullying 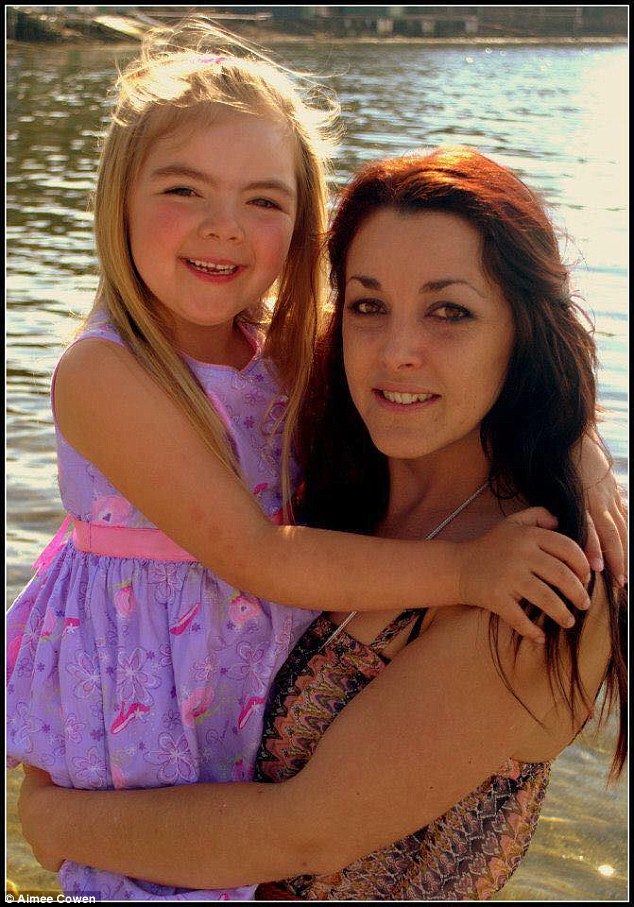 The bullying started years ago when Halle, pictured left with her mum Aimee in 2014, was in her first few years of schooling

Ms Cowen said she had been to the school and police as well as confronted the parents of the ‘bullies’ involved, but didn’t know what else she could do to protect her little girl.

‘I am scared and my heart is breaking for her – I want to fix everything but I have tried and I can’t,’ the worried mum-of-two told Daily Mail Australia.

She said the death of 12-year-old Dolly Everett in January, which helped spark a nation-wide conversation about bullying, had made a huge impact on her family.

‘I can’t imagine my life without Halle, children everywhere need to be taught about the kids who have died to escape bullies.’  .

Ms Cowen said her daughter had some friends but the more she was bullied and singled out the more other kids kept their distance for fear they would become the next target. 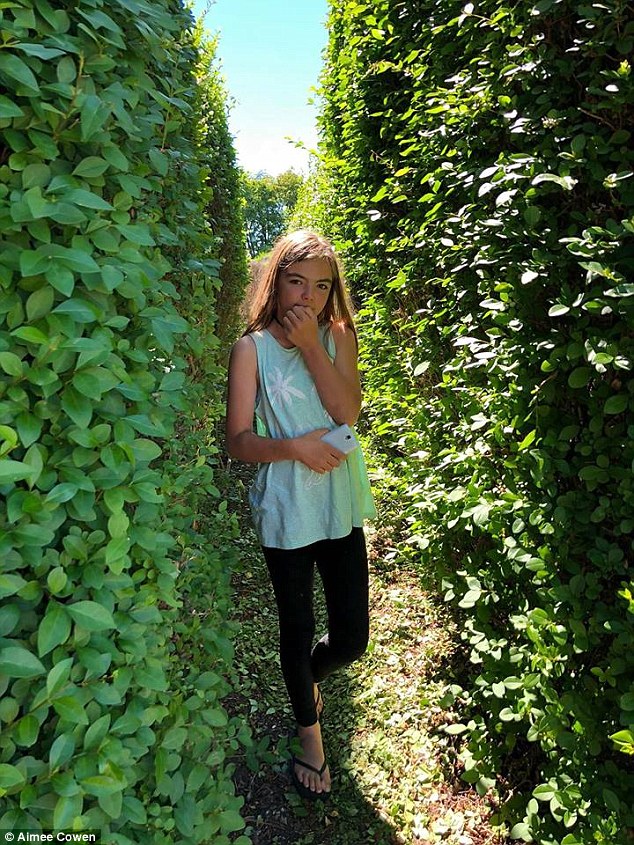 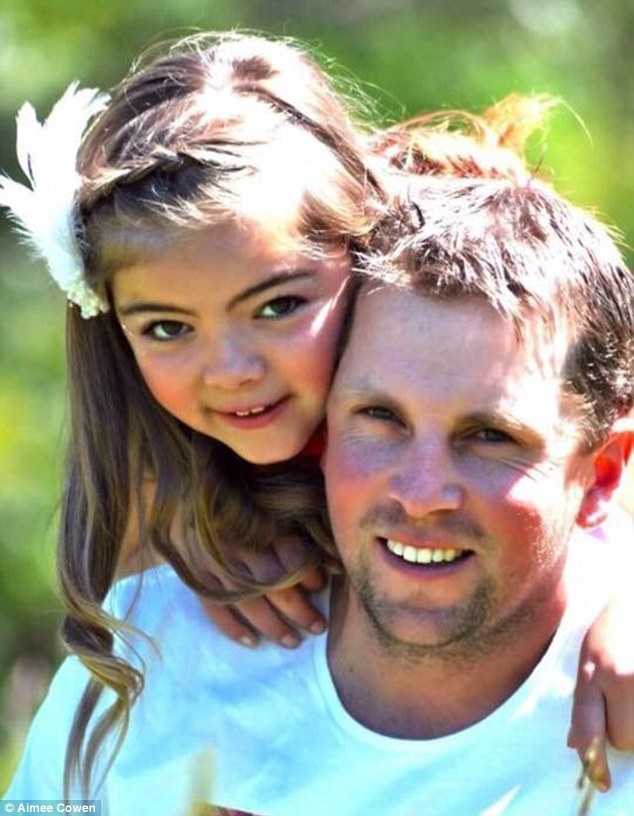 Aimee, together with Halle’s dad David Bone, pictured, is teaching her daughter to be more resilient and to talk to them about her feelings instead of bottling them up

‘It is devastating. They call her a s**t and a dog, these kids are 10 and eleven, this is what normally happens at high school.’

Halle has been told she will never have friends and she should end her life.

‘When the kids know they are being watched at school they wait until their victims are outside the gates,” she said.

‘They have been told the school can’t get involved if it happens outside.

‘One day Halle was attacked just outside the gates, the girl pushed her onto the road. She hit her head and grazed her arm.’ 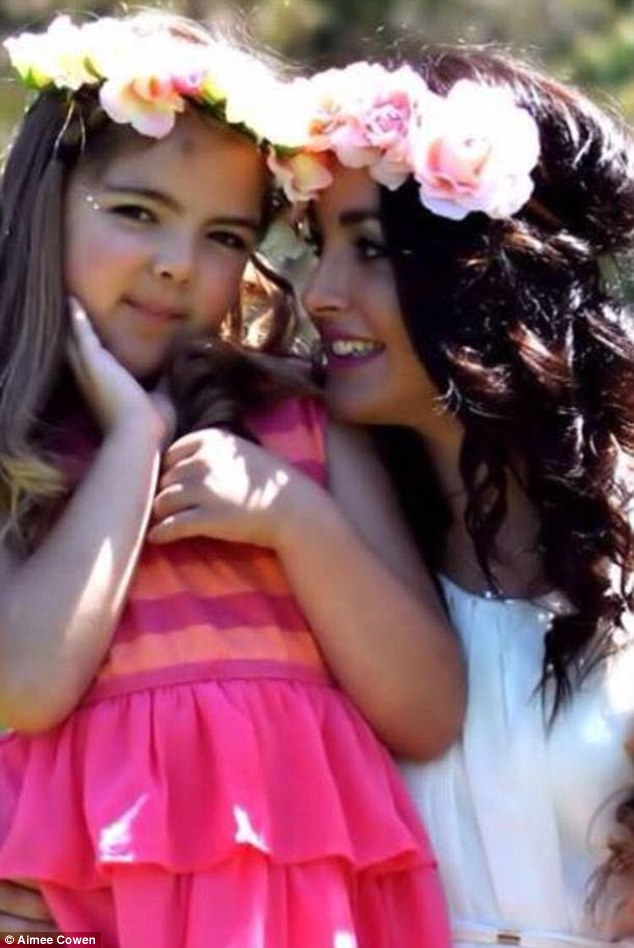 Halle’s mother Aimee Cowen has been to the school, police and the bullies’ parents and doesn’t know what else to do to protect her little girl. 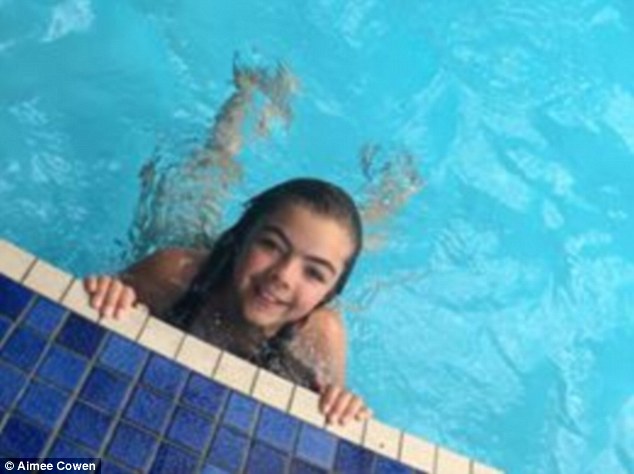 ‘Then they go on Snapchat, we have taken it away from Halle but she hears about what they are saying about her when she gets to school,’ the worried mother said.

‘They all put a HB on their profiles meaning ‘if you hate her, put her initials on your profile’.

The young girl said the bullying started when kids started calling her ‘monobrow’ when she was seven, and had escalated over the years.

‘Nobody helped me except my mum,’ she said.

One day after two of her friends had a fight,  they turned on her and told Halle she had to choose who she was going to be friends with.

When she didn’t choose she was harassed by both of the girls.

‘I came home and cried for so long – I felt hurt,’ she said.

‘I now spend my recess and lunch very much on my own – or play lunch time sports to get away from all the mean people at school who talk about me.’ 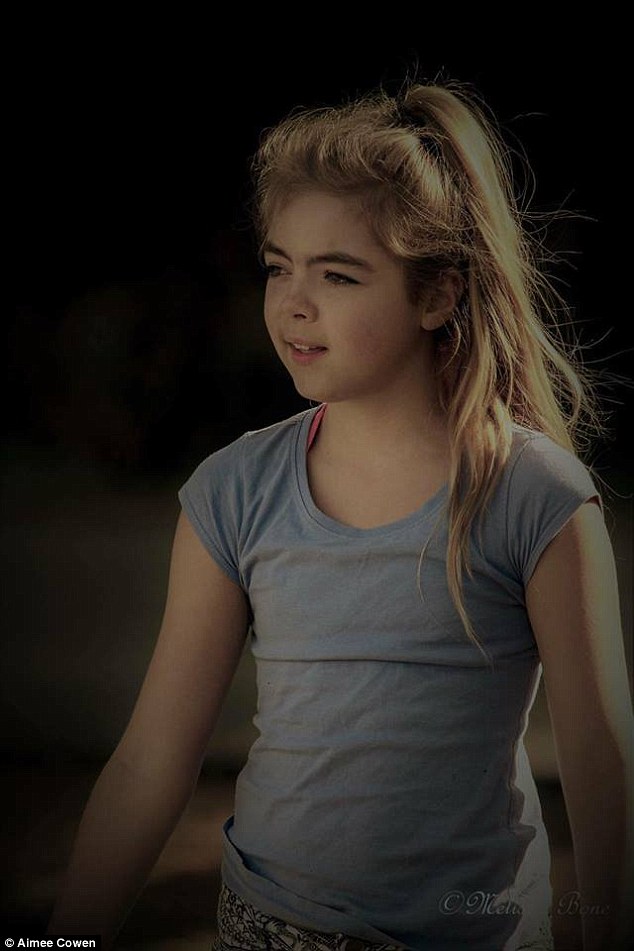 ‘I now spend my recess and lunch very much on my own – or play lunch time sports to get away from all the mean people at school who talk about me.’ 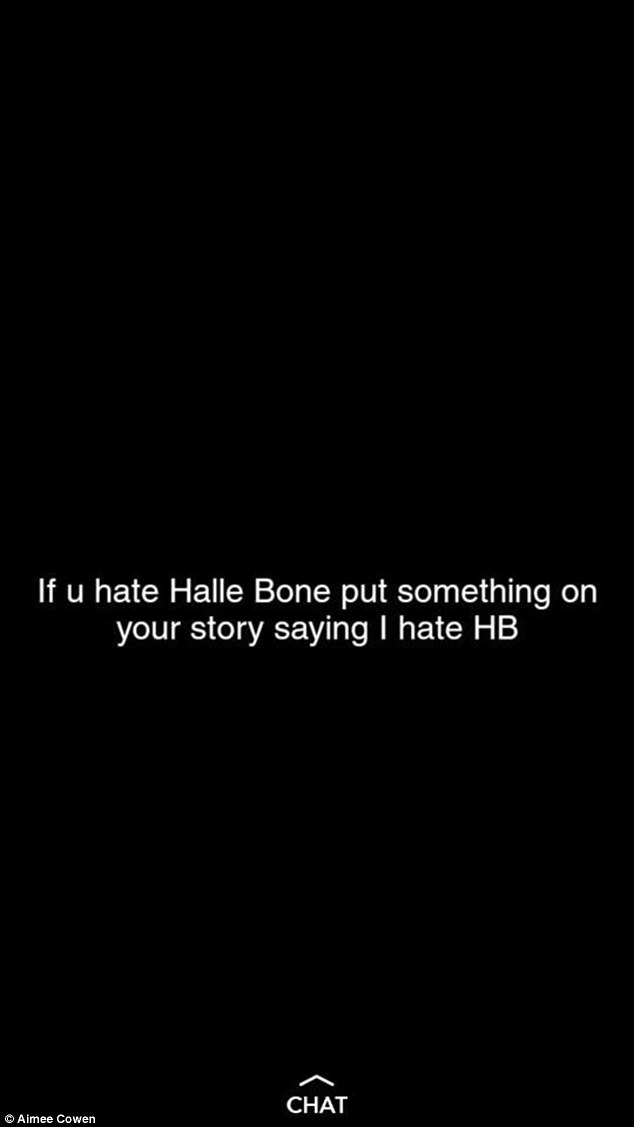 Ms Cowen said her daughter had threatened to end her own life, was depressed and ‘sick of people hurting her heart’.

‘Some parents are really understanding and promise to talk to their kids, especially the parents of the girls who have also been bullied. But other parents claim their children would never bully other children and won’t listen to what I have to say,’ she said.

‘One little girl, who has teased Halle relentlessly, sent out a Snapchat video where she said: ”Mum asked if I was being a bully so I just denied it and burst into tears, then she bought me stuff”.

Ms Cowen said the family have been working to build up Halle’s resilience, told her to continue to treat everyone in her year with kindness – and to take advantage of the lunchtime activities to keep away from the children who teased her.

The mother has told her daughter to speak up about how she is feeling – so she can help solve the problem. 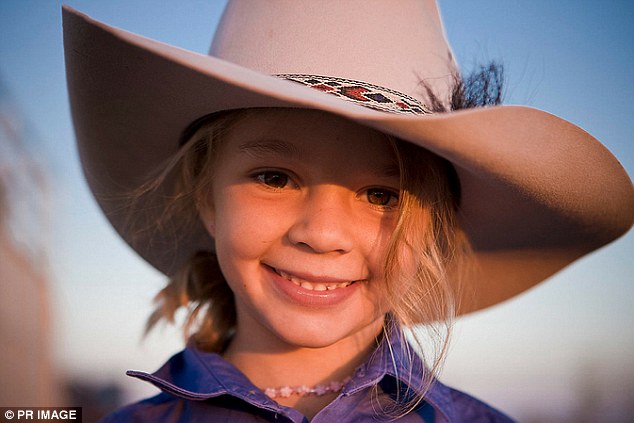 Halle’s mother said the death of Akubra girl Dolly Everett, 12, shook up her family – because they are scared the same could happen to their own child

Ms Cowen wants schools and their communities, including parents, to adopt better anti-bullying messages to teach children that their cruel taunts and physical assaults can lead to depression and worse – death.

‘They have to be aware that this is what they are doing – that there are consequences,’ she said.

Since Dolly’s death her family have been raising awareness on youth suicide and bullying.

They have set up Dolly’s Dream, a campaign to make the world a better place for children by working to eradicate bullying.

For confidential support in Australia call the Lifeline 24-hour crisis support on 13 11 14. 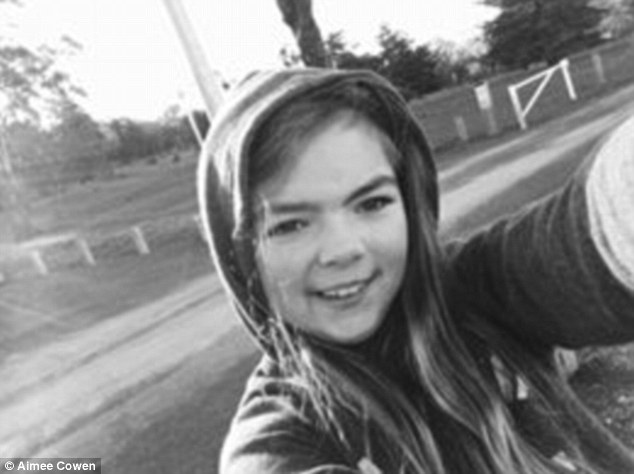