‘It was the scariest moment of my life’: Mother reveals how her 11-month old baby suffered a seizure during an American Airlines flight before being saved by the crew

A terrified mother, who was left fearing the worst when her 11-month-old daughter suffered a seizure onboard a flight, has thanked crew at American Airlines.

Janay Flowers, 28, was travelling with her daughter Nevaeh from Tampa to San Antonio on April 25 when the infant developed a fever and struggled to breath.

As the child went into a febrile seizure for around ten minutes, staff and passengers onboard flight 607 immediately rushed to the mother’s aid.

After landing at DFW International Airport in Dallas, Nevaeh was then rushed to Baylor Regional Medical Center and is now in a stable condition.

Mother Janay Flowers, 28, was left facing ‘the scariest moment of her life’ as her daughter Nevaeh went into febrile seizure during an American Airlines flight from Tampa to San Antonio on April 25

Ms Flowers later took to Instagram to share her experience writing: ‘I would like to thank all of the passengers and flight crew who assisted my baby girl and I aboard #AmericanAirlines Flight 607 from Tampa to DFW on April 25, 2019.

‘Nevaeh is doing well now, but on that flight the scariest moment of my life unfolded before my eyes. My precious baby girl had a febrile seizure when we were about 10 minutes out from landing in Dallas.

‘I was traveling alone with Nevaeh and did not have a clue what to do but cry out for help.’

The mother went on to describe how staff immediately rushed to assist her in removing Nevaeh’s clothing as the child began to run a high fever.

As Nevaeh’s toes began to turn blue during the seizure, Ms Flowers said that between three to four people onboard the American Airlines flight came to help her in trying to lower her baby’s temperature. 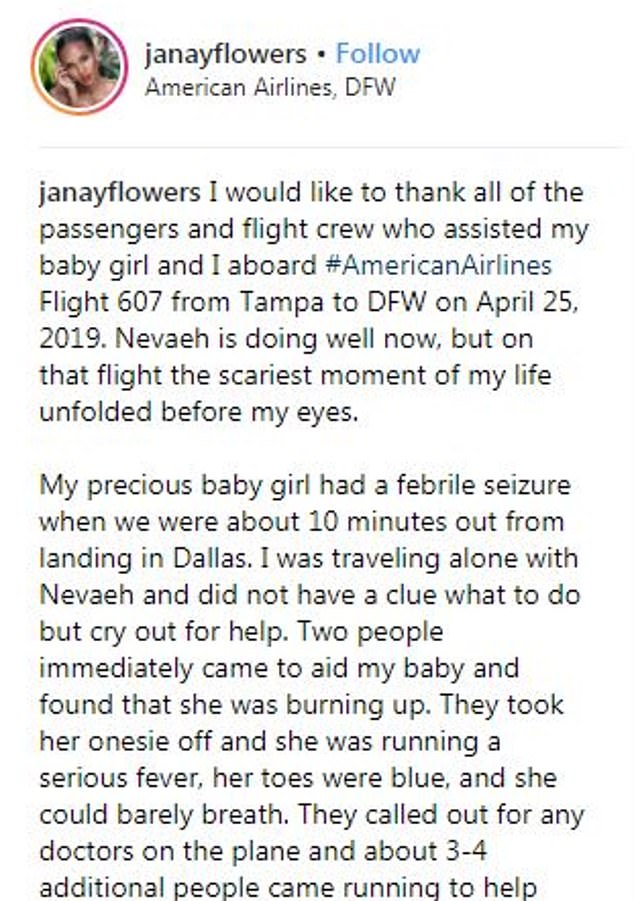 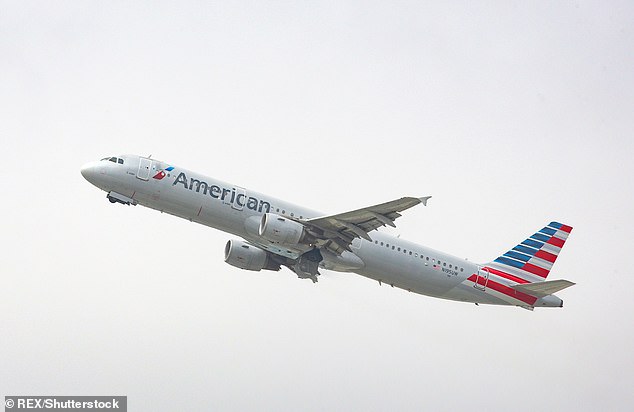 She also told how one passenger ran to the front of the plane to ensure that medical staff were waiting at the gate as soon as the plane landed while another got an oxygen tank and administered it to Nevaeh.

Upon landing in Dallas, paramedics on the ground immediately took the infant to the EMS.

The mother added: ‘One man carried my baby, one man kept thumping her foot to make her cry, I sang you are my sunshine and prayed like I never prayed before. It seemed to last forever.’

Febrile seizures are fits that can be triggered when a child has a high fever and often happen between the ages of six months and three years.