Mother reveals she had FIVE babies in just three years

A mother has revealed how she gave birth to five children in just three years, spending nearly two years pregnant.

Leanne Shelton, 37, and husband Graham, from Cheadle, Staffordshire, fell pregnant with their first son, Elwood, in July 2014 but an astonishing two sets of twins followed in quick succession, swelling their family from two to seven in three years.

Full-time mum Leanne admits she was completely ‘overwhelmed’ by the news that the family were to welcome a second set of twins – just 14 weeks after they welcomed the first pair.

And then there were seven! Leanne and Graham Shelton have gone from being a family of two to seven people in just three years after the pair had two sets of twins in quick sucession 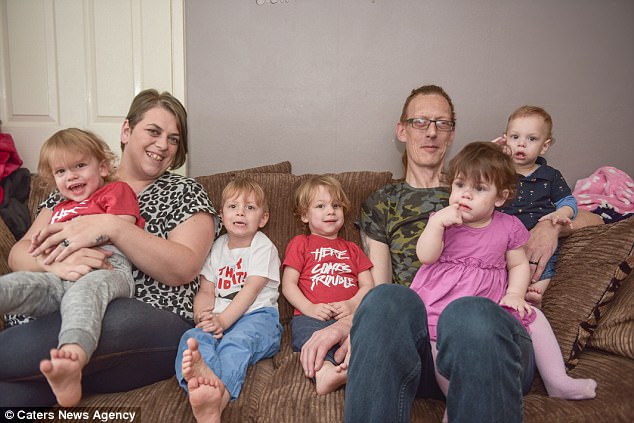 Leanne and Graham were delighted when their son Elwood, third from left, arrived in July 2014…but the couple didn’t anticipate they’d be welcoming a further four children in the two years that followed 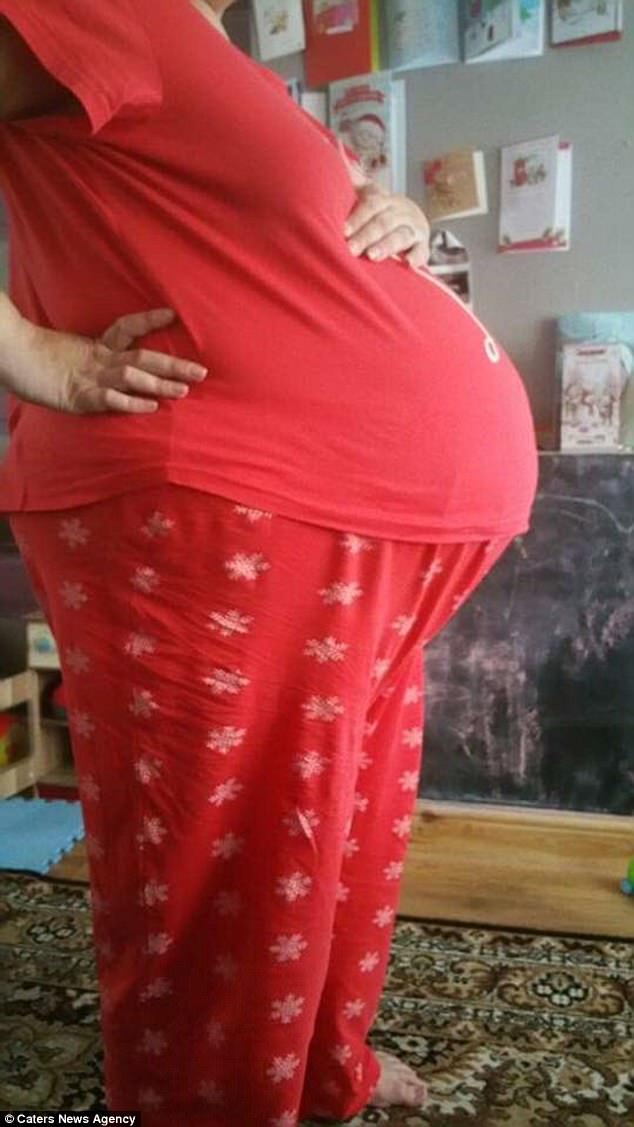 Almost permanently pregnant: Leanne has spent nearly two years out of three being pregnant after her twins caught the couple by surprise

Hendrix and Axl, now two, arrived in December 2015, and the couple were happy that their family of five was complete.

However, just 14 weeks after giving birth to the twins, Leanne recognised symptoms of pregnancy and a test revealed that she was expecting once more.

After deciding to get a private early scan at just seven weeks, Leanne and Graham, a chef, were left in a state of shock when they saw the ultrasound before them showing two embryos.

The couple’s second set of twins, Bowie and Phoenix, were born in December 2016, and, over a year on, the family says they’ve settled into a highly organised regime but admit they’re exhausted.

Leanne, who buys more than 150 nappies each week, said: ‘We knew life would be hectic with one set of twins but we never expected a second set to come along, and not so close together. 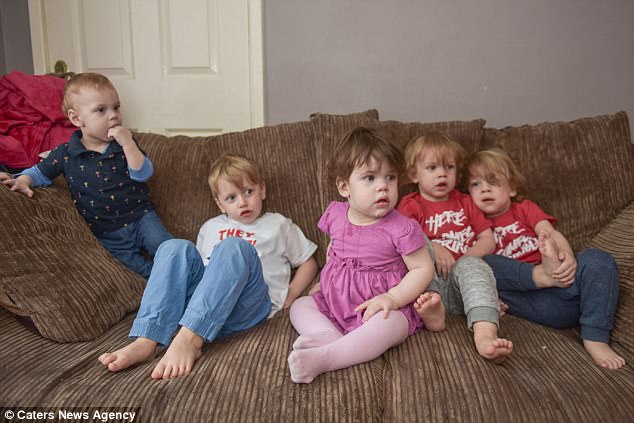 A familiar feeling! Leanne says she recognised the queasy feeling she got just 14 weeks after her first set of twins,  Hendrix and Axl, arrived but was ‘overwhelmed’ to discover she was pregnant again with twins

‘I had a c-section with Hendrix and Axl but a few months after I had this feeling that I might be pregnant again.

‘I did a test and it came back positive just 14-weeks after having the boys, I couldn’t believe it.’

However, it wasn’t until the couple decided to book a private scan at seven weeks that they got the shock of their lives. 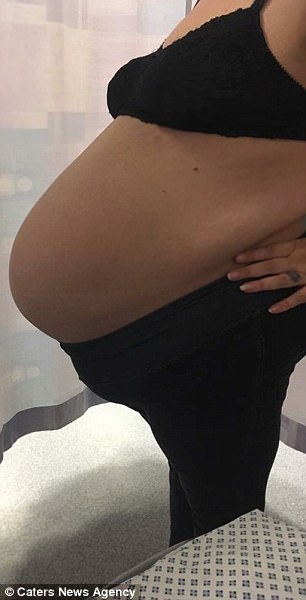 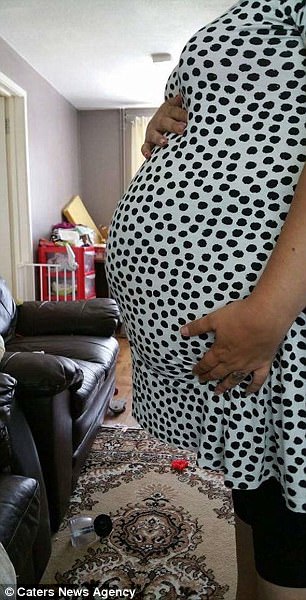 A private scan at seven weeks following the birth of her twins gave the couple the shock of their lives after the early ultrasound revealed two embryos. Right: Leanne pregnant with one of her sets of twins 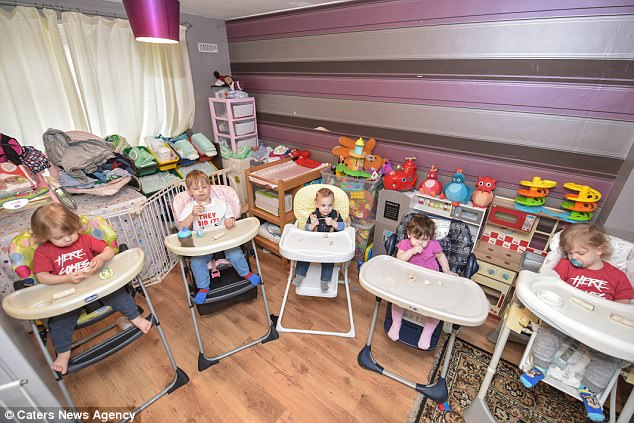 Bond: The upside of the slight age gap between the couple’s children is that they’re already very close 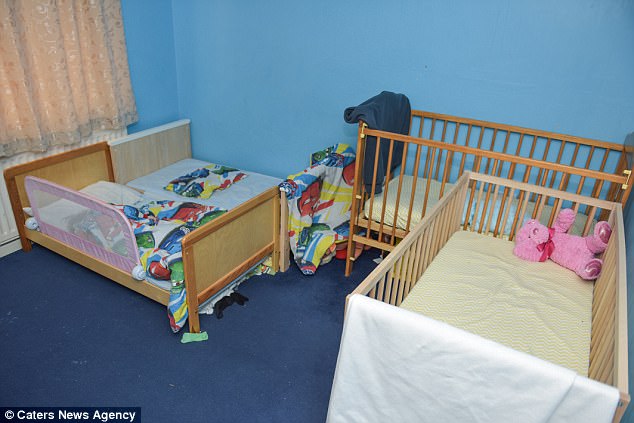 Logistics: Leanne says she has to be super organised to get through the day with the five children

Leanne said: ‘We had met the midwife who did my scan before whilst having my first set of twins and her face was a picture when she discovered two heartbeats.

‘I could see from the scan straight away it was twins but she turned to me and said, ‘You are not going to believe this!’

‘I cried all the way home, not because I was disappointed, but because it was just so overwhelming.’

The siblings get through around 150 nappies a week and the couple spend £220 on a weekly food shop for the family of seven as well as making their way through six pints of milk a day.

The pair now contended with the daily struggles of living with five children all under the age of three but said that having children so close together as helped create a special bond between the siblings.

Full-time mum Leanne said: ‘Getting out of the house can be a nightmare because we just can’t fit everything in the car.

‘We have two double prams and one triple pram because Elwood is still only little too.

‘My average day starts at 6am when the children wake up, and it can take over an hour to get them all washed, dressed and ready for breakfast.

‘I have to be very organised and all of their clothes need to be laid out the night before, and all their breakfasts need to be ready to go. 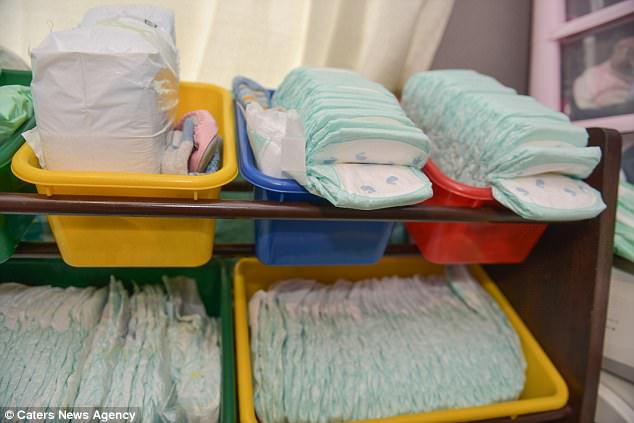 That’s a lot of nappies: the couple say they currently get through 150 nappies a week 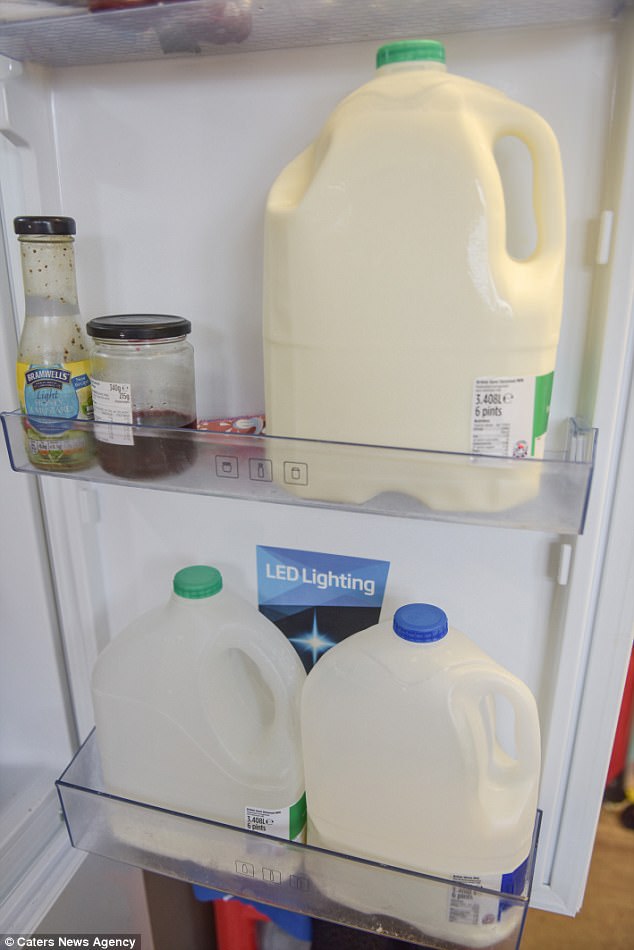 …and their food bill comes to around £220 for family of five; the Sheltons can guzzle up to six pints a day

‘The three eldest go to nursery three days a week, but just getting them all out of the house on time is a challenge in itself.’

Dad Graham was working 14-hour days as a chef when his first three children were born – but he has since switched jobs to work night shifts as a warehouse operative, so he can help Leanne with the children more.

He starts his shift at 6pm every night, and gets home just after 2.30am – but he’s still up in time to help give them children their lunch and take them to toddler groups in the afternoon.

Leanne added: ‘Although having the children together does mean that they have really bonded, the four boys all look after their younger sister, Phoenix.

‘It means they all have the same interests and are in the same age range so no arguing over the TV.

The couple have decided to call it a day when it comes to having any more children and will be moving to a bigger house in the next few weeks.

‘Our family is complete now – we don’t want to risk having triplets!’