A mother has been left ‘broken’ after her teenage son died following a fight with  gatecrashers at a party, just months before he was due to get his driver’s licence and set out on a long-planned adventure.

Jason Langhans, 17, died in hospital on Saturday after being involved in an altercation about 2.30am on March 21 at a 16th birthday house party in Tooradin in Melbourne’s south-east.

Detectives are hunting for three people of interest who had crashed the 16th birthday party in the early hours of the morning.

It’s believed Jason had tried to break up an argument with a partygoer and the three gatecrashers when he was stabbed to the head with an object believed to be a screwdriver.

Speaking to reporters on Thursday as she made an appeal to find the perpetrators, the teenager’s mother Carolyn Langhans, said the trauma first began when she was woken up in the night by her son’s friend who had dropped him home.

Jason Langhans, 17, died in hospital on Saturday after he was viciously attacked about 2.30am on March 21 at a 16th birthday house party in Tooradin in Melbourne ‘s south-east

After noticing the 17-year-old was falling in and out of consciousness, she immediately called triple 0.

The Cranbourne North teenager was rushed to hospital and had multiple surgeries before going into intensive care, but suffered a stroke following medical complications on April 6.

Jason’s family had to make the ‘horrific’ decision this week to turn off his life support.

‘I never got the chance to say goodbye. I’m devastated. My heart is broken. There is no other way I can explain,’ Ms Langhans said as she fought off tears.

‘It’s still a dream, a nightmare. It’s not real to me at the moment.’ 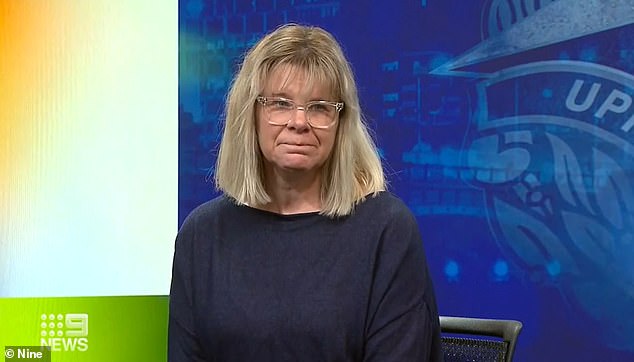 The teenager’s mother Carolyn Langhans, said the nightmare first began when she was woken up in the night by her son’s friend who had dropped him home 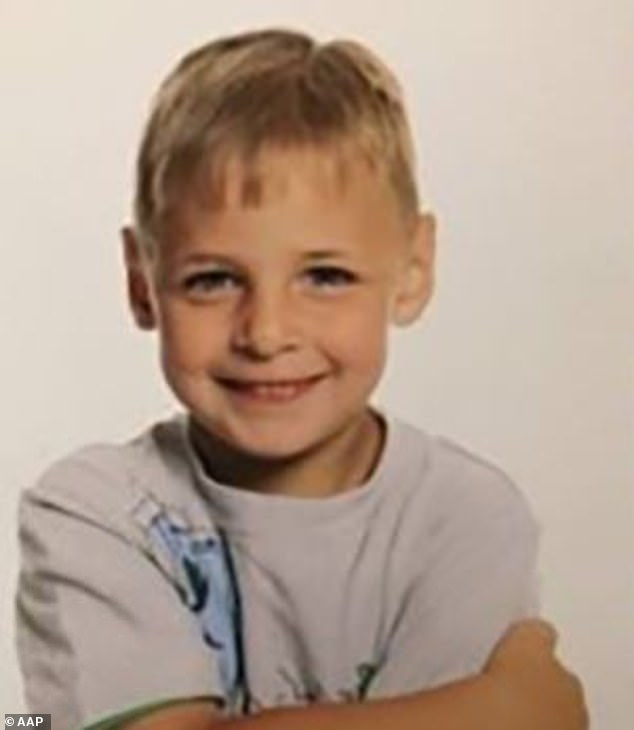 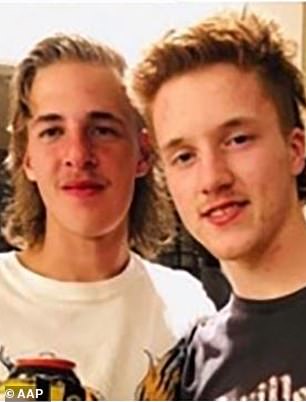 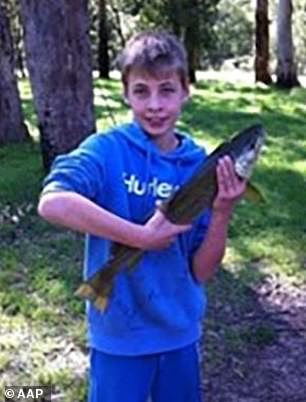 Jason was supposed to be celebrating his 18th birthday in July and had recently signed up for a plumbing apprenticeship.

He’d bought a car and was planning to go for his license on his birthday so he could go four-wheel driving with friends.

‘That’s all gone now, it’s all been taken away,’ Ms Langhans said.

‘It’s been horrible, every day at The Alfred (hospital), just wishing that he would open his eyes and talk to us, and just nothing, which is heartbreaking. We are lost. There is a big hole in our hearts.’

‘He is a loving, caring, gentle person. He wouldn’t hurt a soul.’

Homicide Squad Detective Inspector Andrew Stamper said the teen had acted heroically as a ‘peacemaker’ when the confrontation kicked off as guests were leaving the party. 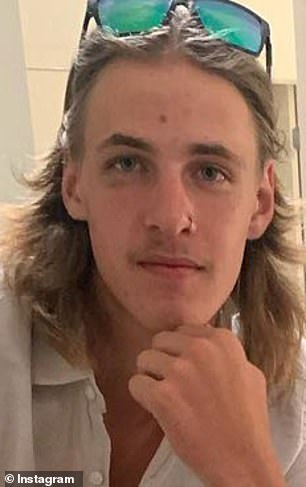 ‘At that moment, without any provocation, without any warning, what has been described as one of the unknown men has slapped Jason to the head twice,’ he said.

‘We now know that, that the male had a sharp instrument in his hand when he did that.’

Police have since revealed a fourth person who was invited to the party had arrived at the house with the three gatecrashers and is assisting police with inquiries.

That male did not know the gatecrashers well.

Jason’s sisters, Stacy and Emma supported their mother at the appeal on Thursday but their father was too grief-stricken to attend.

‘(Jason) would do anything for anyone, he didn’t deserve this,’ Emma said.

‘We’re only here for one reason: to get justice.’

After the attack unfolded, a group of around 15 partygoers chased the three gatecrashers out of the home before they disappeared into the grounds of nearby rural properties.

Police believe another altercation occurred on one of the properties.

They are particularly interested in hearing from anyone who has information about the three suspects, the later altercation or the area where it occurred, or the weapon used in the second attack.

Officers have scoured the area looking for the murder weapon.

The three men of interest are described as Middle Eastern, believed to be between 17 and 18, and are not from the surrounding area.

All three are described as about 170cm tall, and were wearing dark clothing.

The first man had dark, short-cropped hair, the second had wavy black hair brushed across his face, and the third has a dark crew cut and is believed to have visible injuries to the left side of his face. 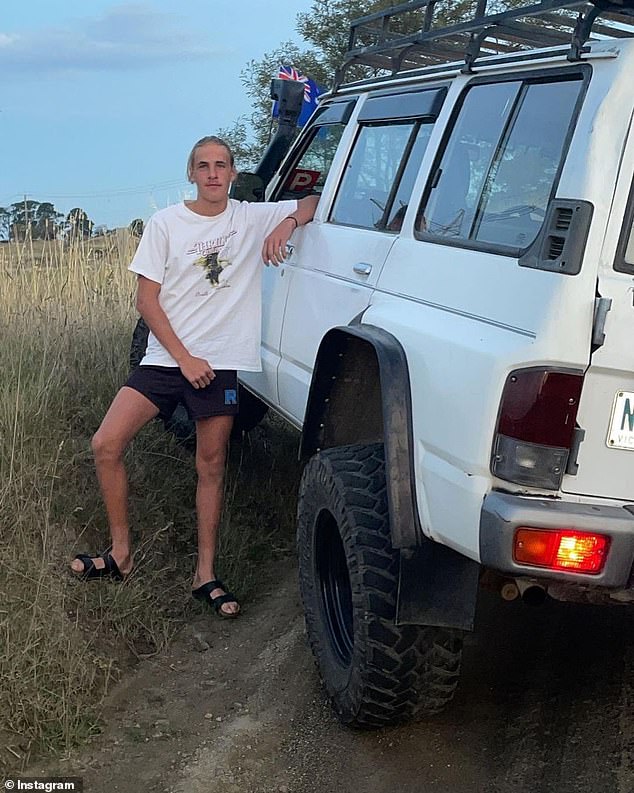 ‘Fun loving’ teenager Jason Langhans was allegedly stabbed in the head on March 21, with the alleged offender still at large