A mother who was told to prepare for her newborn’s death has shared photographs of her son on his first day of school.

Abbey Burns went into labour at just 27 weeks, with her son Roman immediately being rushed away for resuscitation.

The newborn, who weighed just 2lb 11oz (1.2kg), was born with group B strep, which caused him to develop sepsis.

Roman, from Colchester, also had a severe bleed on his brain and spent the first three months in hospital.

Abbey Burns has shared photographs of her son Roman’s first day of school after doctors warned he would unlikely survive when he was born at 27 weeks four years ago. The mother-son pair are pictured outside Stanway Primary School in Colchester last Tuesday 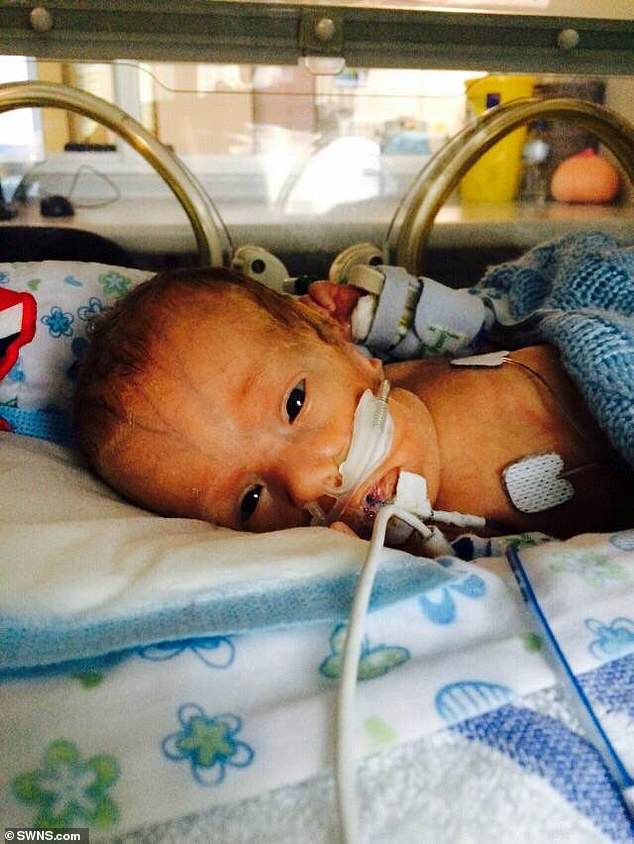 The newborn weighed just 2lb 11oz (1.2kg) and was immediately rushed away for resuscitation

Speaking of her labour, Miss Burns said: ‘Because it was so early I thought my pains were those Braxton Hicks ones, where it feels like contractions but it’s not.

‘When I went to the hospital they told me that I was already 6cm (2.3inches) dilated, so I was over halfway into labour.

‘It was all so quick, and four hours later Roman was born, but I didn’t even get to hold him. He was taken off me straight away because they had to resuscitate him.’

As well as battling sepsis, the trauma of Roman’s early birth caused him to develop a grade three bleed on his brain.

This pressed on his brain tissue, which enlarged the ventricles that carry cerebral fluid.

Speaking of the ordeal, Miss Burns said: ‘We were called into a room with the nurses and the consultant and the doctor.

‘They sat us down and told us we had to prepare for the worst and Roman was most likely to die.

‘When I saw him he was black and blue, you could see through his skin. He looked awful.’

Roman (pictured left as a baby) was born with a severe bleed on his brain, which has caused him to endure mobility problems. After physiotherapy, the now four-year-old managed to stand and pose for photographs ahead of his first day at school (seen right) 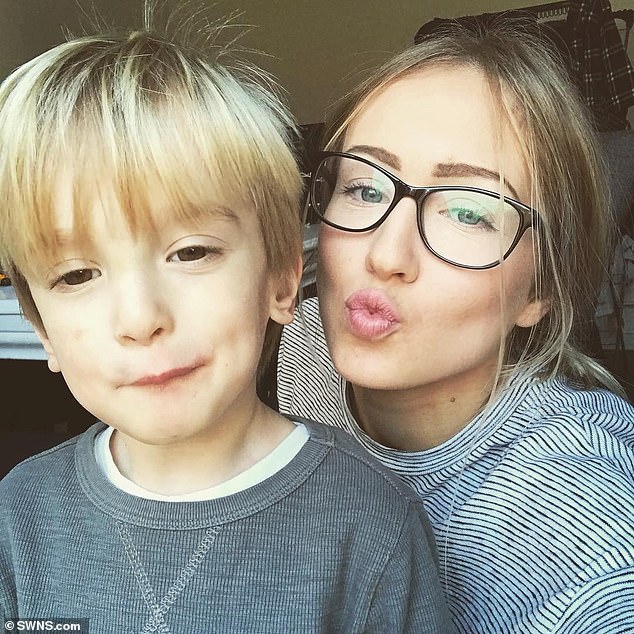 In total, the youngster spent three months in hospital, with six weeks at Addenbrookes, Cambridge, and another six weeks at Broomfield Hospital in Chelmsford.

‘By the time Roman was discharged from hospital, is when I should have been giving birth,’ Miss Burns said.  ‘He’s my little miracle.’

The bleed on his brain caused him to endure mobility problems, with the youngster requiring both physio and speech therapy.

‘The fact he can walk is amazing.’

Roman started Stanway Primary School in Colchester last week and is ‘loving it so far’.

‘I’m so proud of how far we’ve all come in these last four years,’ Miss Burns said.

‘He doesn’t always want to leave me in the morning but at the end of the day he always comes out smiling and happy.’

Miss Burns is speaking out to raise awareness of group B strep, which infects around one in every 2,000 babies every year in the UK.

‘There needs to be more awareness about strep B because it’s more common than people realise,’ she said. 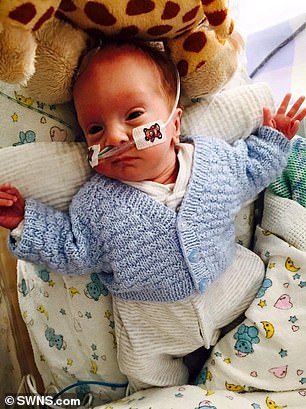 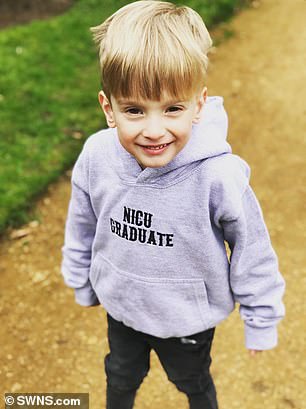 With Roman (left as a baby) having so many health complications, Miss Burns was told to ‘prepare for the worst’. The four-year-old (right) now leaves school ‘smiling’ every day 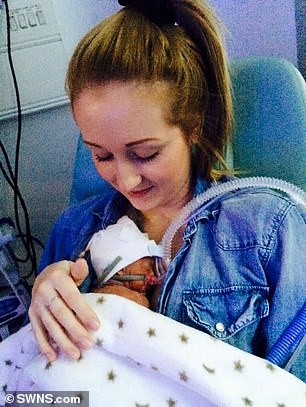 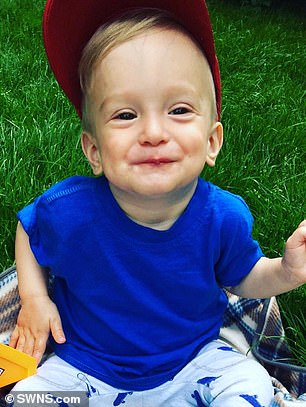 Miss Burns (pictured left with Roman as a newborn) calls him her ‘little miracle’. After physio, Roman eventually learnt how to sit up (seen right) by himself and could later walk

Group B streptococcus (GBS) is a bacteria that is carried by up to 40 per cent of adults, usually in the gut, and 25 per cent of women in their vaginas, without typically causing symptoms.