A mother’s last words to her children were ‘I love you’ as she was fatally shot by thieves who broke into their home in North Carolina.

Police in Monroe said Lucero Sosa Capote, 29, was killed from a gunshot wound inside her residence, just inches away from her five children.

According to officers, two men broke into a residence on Tower Court around 4.40pm Friday morning and demanded money.

Lucero Sosa Capote, 29, (pictured), was killed from a gunshot wound inside her residence, just inches away from her five children 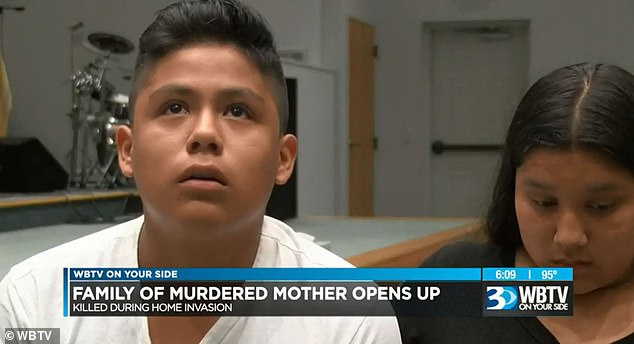 Her son Leonardo Sosa, 12, (pictured), said the last words said by his mother before she died were ‘I love you’, as two men broke into her North Carolina home and demanded money

Her son Leonardo Sosa, 12, said his mother tried to fight off two intruders and put herself in front of the two men to protect her children.

He told WBTV: ‘The last words she said to me were “I love you.”‘

‘It was wrong, for someone to do that, to my own mother. I always told her, I’d say that me and my dad would always protect her.

‘She was the best mom I could ever have since the day I was born.’

Lucero’s brother, Jason Sosa, said she was a woman who was devoted to her children and faith, saying that she was very generous.

Capote had five children, all under the age of 13. Two of them were injured in the break-in including a 4-year-old who was hit in the head. 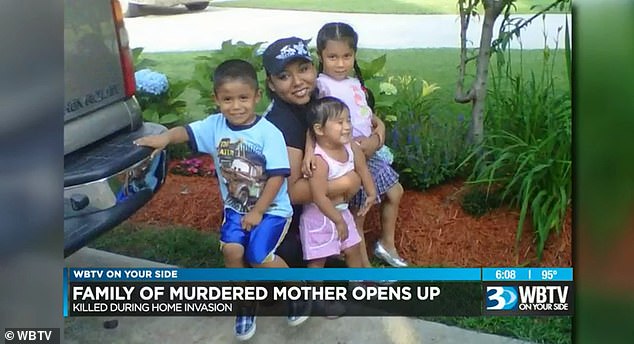 Two of the children were injured in the break-in including a 4-year-old who was hit in the head. She is pictured above with three of the five kids 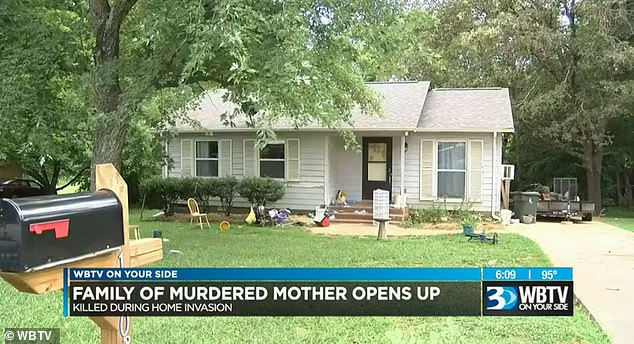 Officers said two men broke into a home on Tower Court around 4.40 pm on Friday morning

Capote’s husband, Rafael Vargas, told FOX 46 he was at work when the incident took place. He received a phone call telling him that there was a break-in but he had no idea his wife had been shot.

Fighting tears, he told the outlet: ‘Somebody shoots 3 times and I think she was fighting for his kids and she gave her life for his kids.’

‘They try to look for money but what money? We don’t got no money.’

Family members said the children were sent to their grandparents house while Vargas and packed up the house as they were traumatized to stay there. 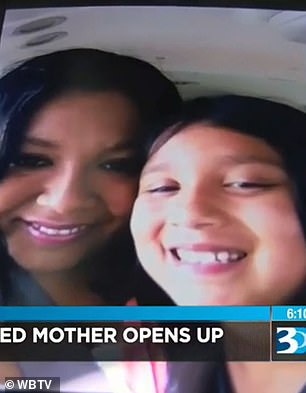 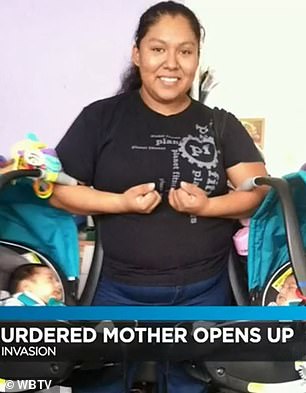 Lucero’s brother said that she was a woman who was devoted to her children and faith, saying that she was very generous

An Facebook donation account was set up by to help the family as they now have to move to a new location.

Vargas added: ‘Yeah my kids cannot stay in this house, they’ll be remembering this all the time when they’re here. I don’t think it’s good for them to be here.

‘It ain’t going to be the same life I use to got with my wife and my kids but that’s something we have to deal with,’ he added.

Police told WBTV that one suspect was a black male and the other a white male, both wearing gray jogging pants.

Her funeral service will be held at Ministerio Internacional El Shaddai in Monroe on Wednesday at 2.00 pm.

The black male was wearing a black hoodie and the white male a green hoodie. Both subjects were said to be wearing masks over their faces and were heard demanding money.

People who saw any individuals near this area at this time or has any information please contact the Monroe Police Department at 704-282-4700 or the Union County Crime Stoppers at 704-283-5600.