Mother visiting zoo asks chimp for a kiss, but it responds by defecating and presenting its poop

A mother and child sending air kisses to a zoo chimpanzee with hopes of getting one in return, received a smelly surprise instead.

The family was visiting the Fort Worth Zoo in Texas on Thursday, when they headed to the chimpanzee exhibit.

After sending kisses through the glass hoping the chimp would reciprocate, the animal surprised them by defecating and placing its feces before them. 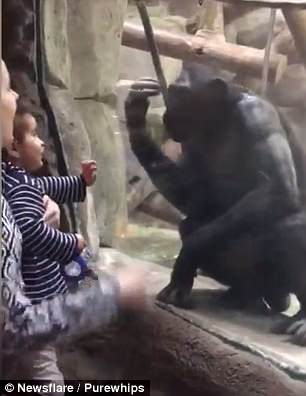 A mother visiting the Fort Worth Zoo in Texas tried to get a kiss from a chimpanzee, but it defecated and presented her with its poo instead 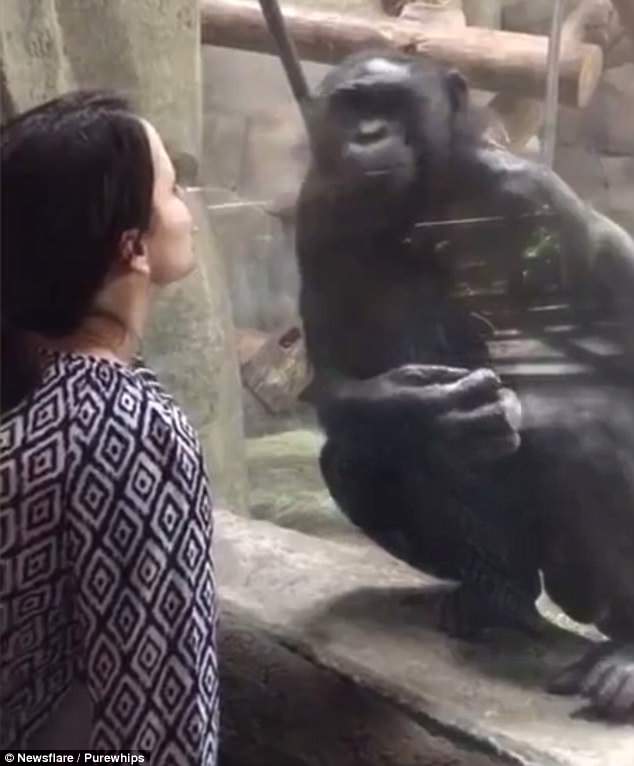 As the mom send air kisses through the glass, the chimp was preoccupied with defecating

The hilarious incident was caught on camera and reveals the shocked reaction of the family with the chimpanzee’s gesture.

The video sees the mom hold her young daughter’s hand saying: ‘Say hi to the monkey!’

She then encourages her daughter to kiss towards the glass, just inches away from the chimpanzee on the other side.

The chimp, though facing the mother, doesn’t make eye contact.

It then reaches behind and brings out its poo, revealing that it just defecated. 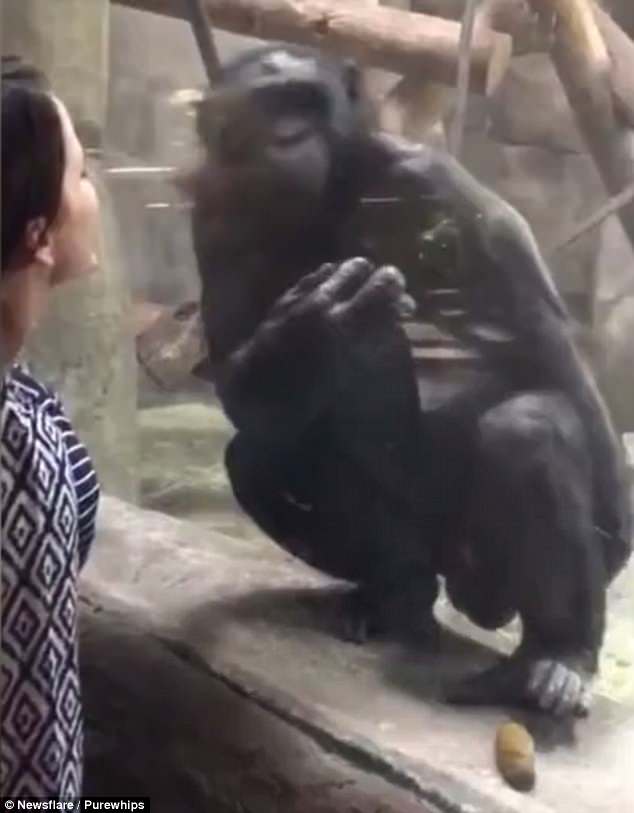 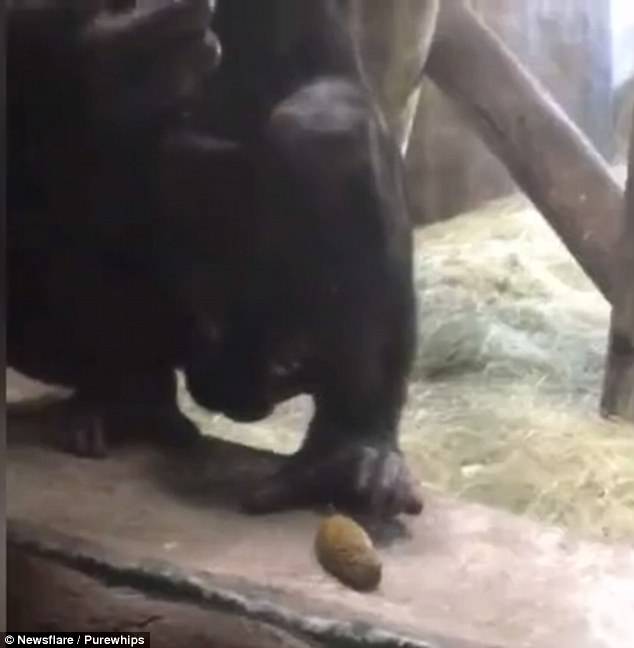 A little girl behind the camera shrieked: ‘Mom it’s taking poop out of its butt!’ and zoomed in on the turd

It then drops it in front of them.

A girl behind the camera yells: ‘Mom it’s taking poop out of its butt!’

‘So this is what the monkey thinks of us!’ the mom says in response.

‘I’m trying to get kisses and its picking poop out of its a**,’ she adds.