A mum has revealed how she was shamed by a complete stranger for leaving her two-year-old child in the car for two minutes during a supermarket visit.

Mother-of-one Sophie Skipper, 27, from Tasmania, said she had finished doing her shopping with her son, when she strapped him into his car seat, put her groceries in the boot and returned the trolley to the trolley park when she left her son Emmett innocently playing in the car.

It was at this point that Sophie said she was accosted by a stranger, who berated the mother for leaving her young son alone – even temporarily.

‘Had my first run in with a “Susan” today. You know, the woman who knows everything and is never afraid to tell you in the most direct and degrading way?’ Sophie wrote on her Instagram page.

‘Especially when it comes to motherhood.

‘She didn’t see my toddler have a good old cry and scream over which trolley we took, she didn’t catch him stealing grapes out of the bag that we hadn’t paid for yet and she hadn’t even seen him chuck a wobbly because I didn’t have any coins to toss down the money spinner in the entrance way.

‘What she did witness however, was me closing the car door with my son inside it as I walked away.

‘I was walking from my car to the trolley bay which was a mere two car spots over from my parked car.’ 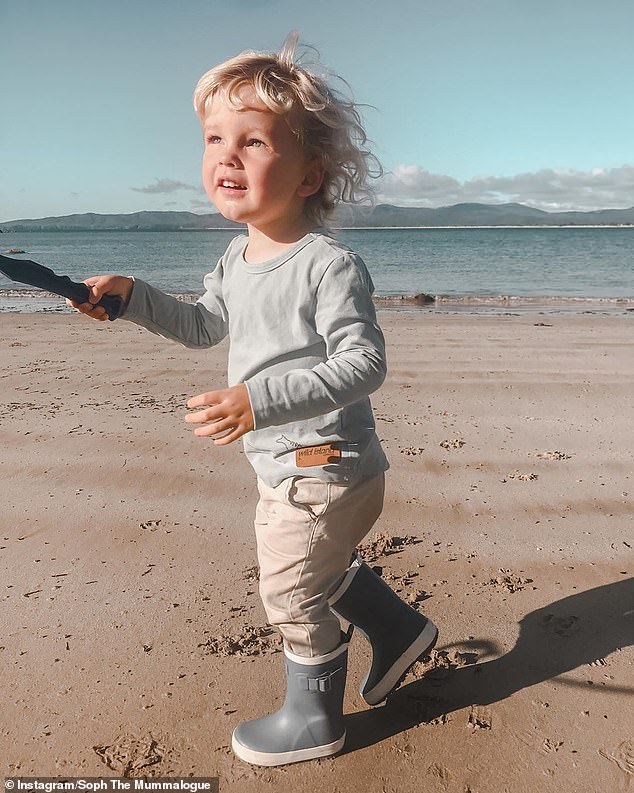 Mother-of-one Sophie Skipper, from Tasmania, said she had finished doing her shopping with her son, when she strapped him into his car seat, put her groceries in the boot and returned the trolley to the trolley park (Emmett pictured) 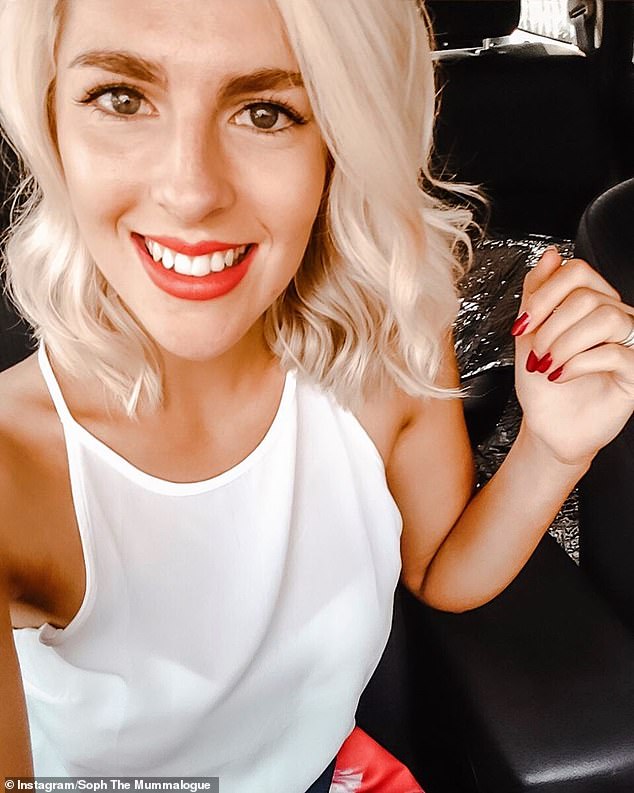 The mum-of-one (pictured) said she was horrified to be shamed by a complete stranger, and many other parents supported her, saying the woman should ‘mind her own business’

Sophie said while she returned the trolley to the trolley bay, little Emmett was safely strapped in and happily watching Bluey with the ‘window half down and the keys in my pocket nowhere near the ignition’.

‘She proceeded to scoff at my “negligence” and how unthinkable it was to leave a child unattended and that it was “so typical of new young mums” to do what makes them comfortable and not what is best for the child overall.’

The mum-of-one said she tried to keep the conversation ‘friendly’ and point out the fact that she had hardly gone very far with the trolley, but she said she had enough when the stranger refused to see her perspective.

‘Here’s to the mum doing her best, and it still not being enough for those onlookers,’ Sophie concluded her post.

‘But guess what? You’re not raising those onlookers, you’re raising your own family. So pick your battles and own that sh*t like the warrior you are!

‘And enjoy the damn ice cream for dinner just because you know Susan would love to crucify you for that as well!’ 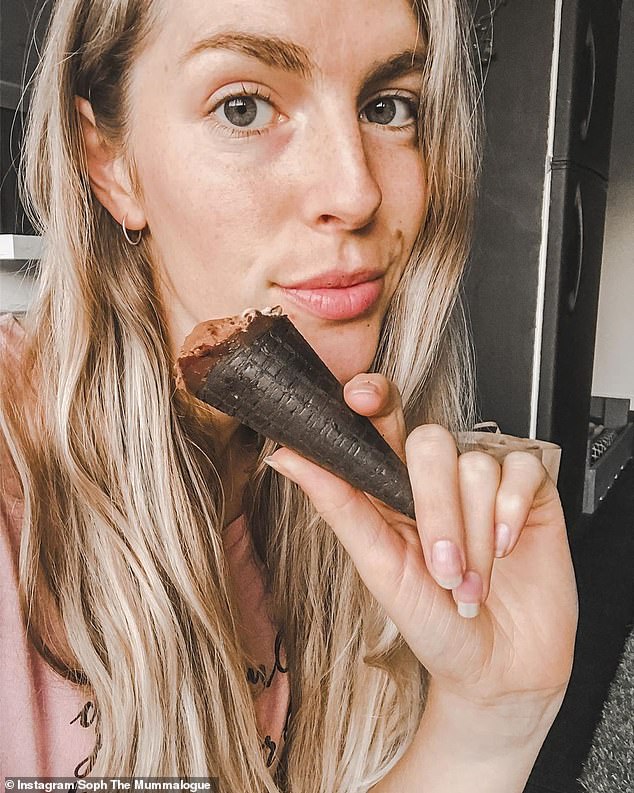 But not everyone was on Sophie’s (pictured) side, with one mum posting: ‘Call me over cautious but I think there is a case here’

Is it illegal to leave your child alone in the car?

* The law varies in different states.

* In Queensland, if a person who, having the lawful care or charge of a child under 12 years, leaves the child for an unreasonable time without making reasonable provision for the supervision and care of the child during that time, it is counted as a misdemeanour with a maximum of three years imprisonment.

* Whether the time is unreasonable depends on all the relevant circumstances.

* In Victoria, you’ll find ‘offence to leave child unattended’. It says a person who has the control or charge of a child must not leave the child without making reasonable provision for the child’s supervision and care for a time which is unreasonable having regard to all the circumstances of the case.

* In NSW, according to Family and Community Services, there is no actual law that states at what age children can be left alone, but the law is clear about the responsibility of parents to look after their children.

Many parents were quick to come out in support of Sophie, saying she was absolutely in the right to be doing what she did.

‘I would always put the kids in the car first, then the shopping then take the trolley back,’ one mother said.

‘It’s much safer for them to be strapped into their car seat than walking across a busy car park if it’s not necessary!’

Another said people should just ‘mind their own business’.

‘How ridiculous! Should you take your kids inside (and out in the cold) every time you pay for petrol for example? Imagine the outrage if you did drag a couple of toddlers out of the car for something like this and they spend another 10 minutes trying to strap them back in,’ one person added.

But not everyone was on Sophie’s side, with one mum posting: ‘Call me over cautious but I think there is a case here.

‘As a parent I NEVER left my son unattended in the car for ANY amount of time. That risk is very low obviously, but it does happen. Just give it a thought next time.’

Speaking to FEMAIL, Sophie said she has been inundated with responses from other parents since she shared the post.

‘So many parents have come out to message me in support and share personal stories of doing the same thing,’ she told Daily Mail Australia.

‘Obviously there has been some negativity, but many have said they would do exactly the same thing.’

To find out more about Sophie Skipper, you can visit her Instagram profile here.