‘I did it for my daughter’: Mother who carried out iconic headscarf protest in Iran says she wanted to ensure her child was able to wear what she wanted… but has now had to flee the country

Azam Jangravi poses during an interview with Reuters, at the unknown location last week

A woman who removed her headscarf in central Tehran last year, sacrificing her job and her freedom, says she did it for her daughter.

Azam Jangravi felt terrified before she decided to clamber onto the electricity transformer box but says she did it for her eight-year-old daughter Viani.

A crowd formed around her on Revolutionary Street and men shouted at her to come down.

She was arrested, fired from her job at a research institute and sentenced to three years in prison for promoting indecency and wilfully breaking Islamic law.

‘I was telling myself: “Viana should not grow up in the same conditions in this country that you grew up in”,’ Jangavi recalled this week in an apartment in an undisclosed location outside Iran, where she now awaits news on an application for asylum. 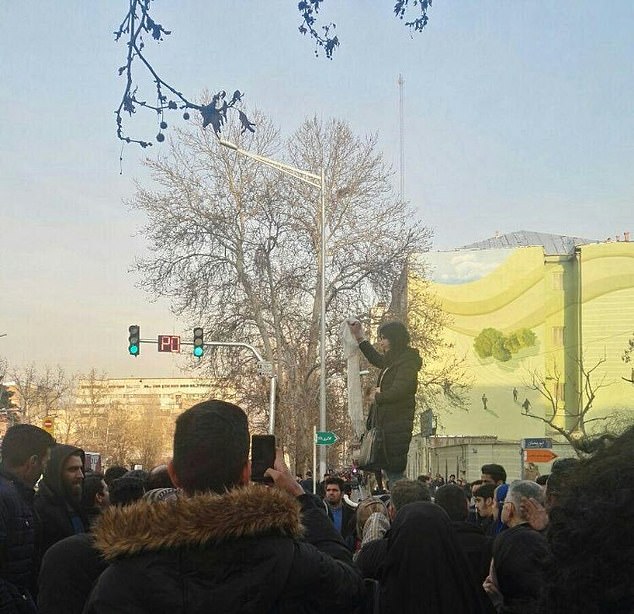 ‘I kept telling myself: “You can do this, you can do this”,’ she said. ‘I was feeling a very special kind of power. It was as if I was not the secondary gender anymore.’

After her protest she was arrested, fired from her job at a research institute and sentenced to three years in prison for promoting indecency and wilfully breaking Islamic law.

The court threatened to take her daughter away, but she managed to escape Iran – with Viana – before her jail term began: ‘I found a human smuggler with a lot of difficulty. It all happened very quickly, I left my life, my house, my car behind,’ she said. 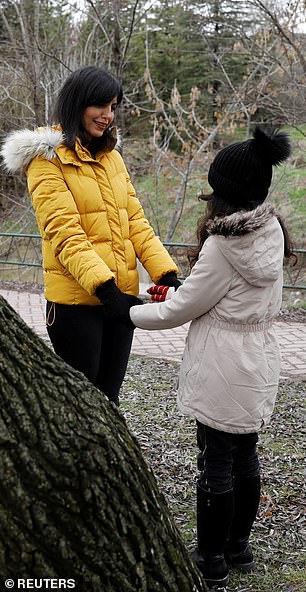 As she spoke, Viana sketched pictures. They showed her mother waving the white hijab in the air.

Since Iran’s Islamic Revolution 40 years ago this week, women have been ordered to cover their hair for the sake of modesty.

Jangravi was one of at least 39 women arrested last year in connection with hijab protests, according to Amnesty International, which says another 55 people were detained for their work on women’s rights, including women who tried to enter football stadiums illegally and lawyers advocating for women.

A movement called White Wednesdays saw women flouting the regulations by capturing footage and pictures of themselves without their hijabs and posting them online.

The videos often captured some of the horrific abuse they faced for failing to adhere to Iran’s strict religious rules.

As well as Jangravi, images emerged last year of two other women who were detained for similar reasons, Shaparak Shajarizadeh and Shima Babaei.

Authorities go to ‘extreme and absurd lengths to stop their campaign’, said Amnesty’s Iran researcher Mansoureh Mills. ‘Like searching people’s homes for pin badges that have ‘I am against forced hijab’ written on them.’ 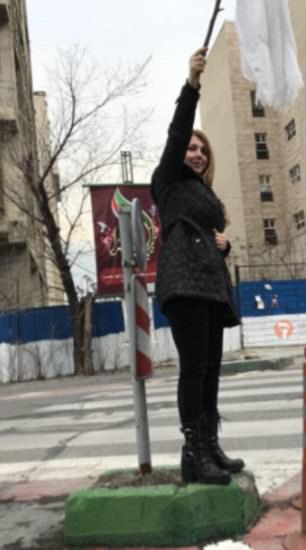 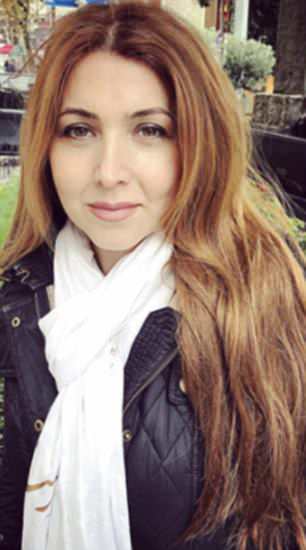 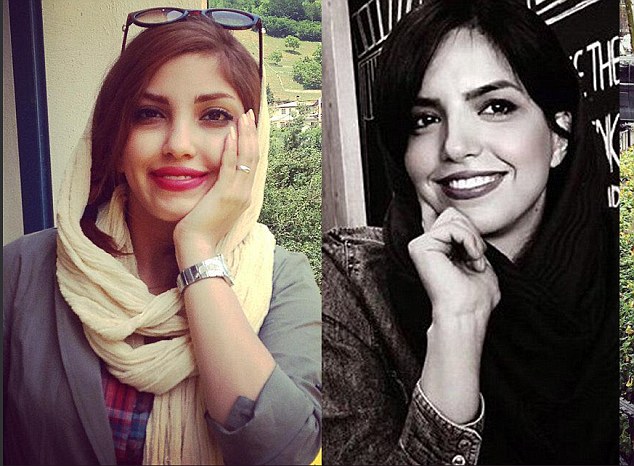 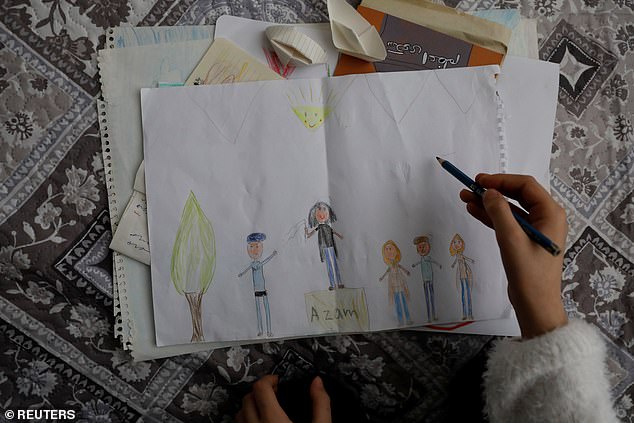 Inspirational: While her mother speaks of her brave actions her daughter, Viana, sketches pictures of her

The badges are part of continued efforts to highlight the hijab issue, along with a campaign for women to wear white headscarves on Wednesdays.

Jangravi recalls stories her mother told her about life before the revolution: ‘She told me that the revolution caused a great deal of sexism and they separated men and women.’

She was inspired to act after two other women were arrested for similar protests on the same street.

‘Of course we don’t expect everyone to climb up the platform in Revolution Street,’ she said. ‘But this made our voices heard by the entire world. What we girls did made this movement into something that continues.’