A mother-of-eight who spent years indoors because she was self-conscious about her appearance has died at the age of 47.

‘Glamorous’ Nicola Kilby avoided her reflection and refused to be photographed due to a rare illness which affected her entire body and altered the way she looked.

The condition, known as Wegener’s Granulomatosis (GPA) attacked Nicola’s ears, nose, sinuses, kidneys and lungs. The condition is a type of vasculitis which slows the blood flow to your organs.

Although her cause of death is unconfirmed, Nicola’s 27-year-old son Kieran spoke about the way his mother’s ailing health impacted her life.

Due to her GPA Nicola, from Cirencester, was deaf in both ears and unable to talk as the condition ate away at her soft pallet and collapsed her nose. 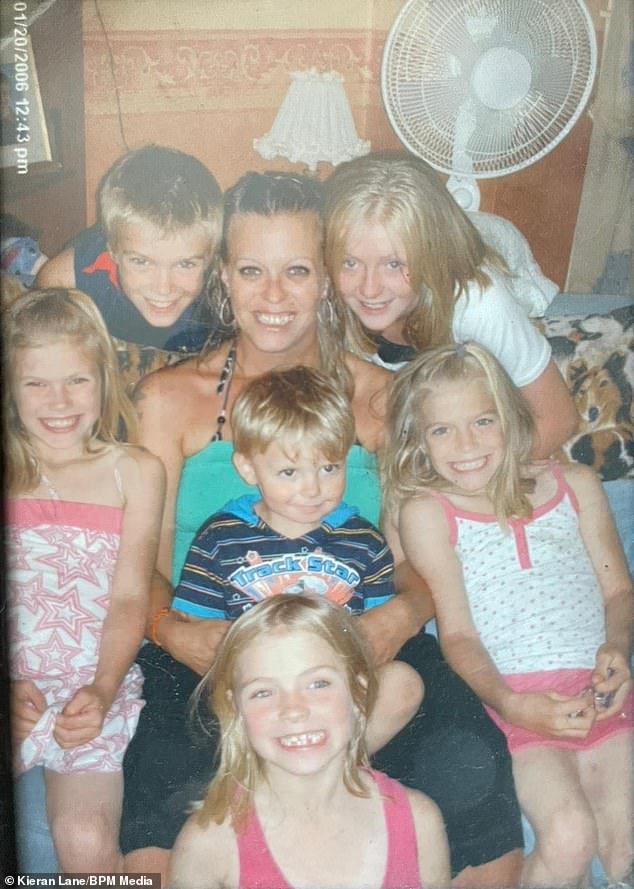 Nicola, a mother-of-eight, would not let people photograph her in her later years of life due to the change in her appearance

After the mother and grandmother passed away last month Kieran, from Sutton Coldfield, paid tribute to the ‘amazing person’ she was.

Describing her as an adoring woman, Kieran said everyone was always welcome in her house.

He told BirminghamLive: ‘She was a very strong woman and even when she was in the worst pain imaginable, she’d never let on.

‘She didn’t want to subject anyone else to what she was going through.’

Nicola leaves behind her husband of 10 years, Kevin, and eight children aged between eight and 27. 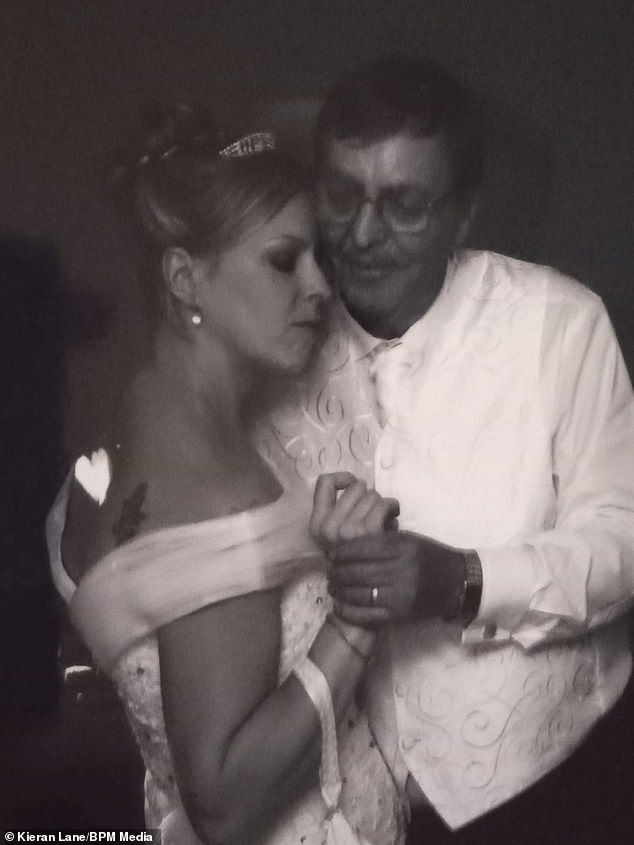 Nicola lived in Cirencester, The Cotswolds, with her husband of 10 years, Kevin

Describing his mother’s illness, Kieran said it was ‘one of the most horrendous things I can imagine anyone going through’.

What is Wegener’s granulomatosis?

Wegener’s granulomatosis, otherwise known as Granulomatosis with polyangiitis (GPA), is a type of vasculitis, which is a blood vessel disorder.

GPA slows down the blood flow to major organs. The affected tissues can develop areas of inflammation called granulomas, which can affect how these organs work.

Some people who are diagnosed early with GPA can be treated and make a full recovery. However if the condition is discovered late it can be fatal.

Symptoms of GPA include:

He said the condition made life very difficult for his mother, who could be severely affected by a common cold – meaning the Covid pandemic was a terrible time.

When Nicola was first diagnosed, doctors told her she may be able to live for 10 years with it.

Sadly, Kieran said the condition ‘affected her very rapidly’ to the point where she couldn’t walk up and down the stairs.

As she became self-conscious about her appearance, Nicola stopped leaving the house.

‘None of us have any pictures of my mum from the past five years because she wouldn’t allow it – not even with the grandkids on her birthday,’ Kieran explained.

After watching an episode of This Time Next Year, presented by Davina McCall and which followed a woman with vasculitis who was given a prosthetic nose, Kieran said his mother was desperate to look into prosthetics.

While the family tried hard to find somewhere that could rebuild her nose, they didn’t have any luck as the clinics were all in the US.

At one point she was so lonely she began accepting friend requests on Facebook from people she didn’t know, ‘so she had some friends to speak to’.

After his mother’s death Kieran wants to raise awareness of GPA.

The family has also set up a GoFundMe page to raise money for the funeral costs, a memorial bench for Nicola and the charity Vasculitis UK.

Kieran wrote on the page: ‘The majority of funds will go to the charity fighting for support against this horrendous disease, allowing sufferers to live their life more comfortably and for better research into the detection and prevention of the illness.’

He added: ‘If you can donate even the tiniest amount then our mum’s life meant something and with the money raised can change/help someone else going through the same as she did knowing that they won’t suffer the way she did.’ 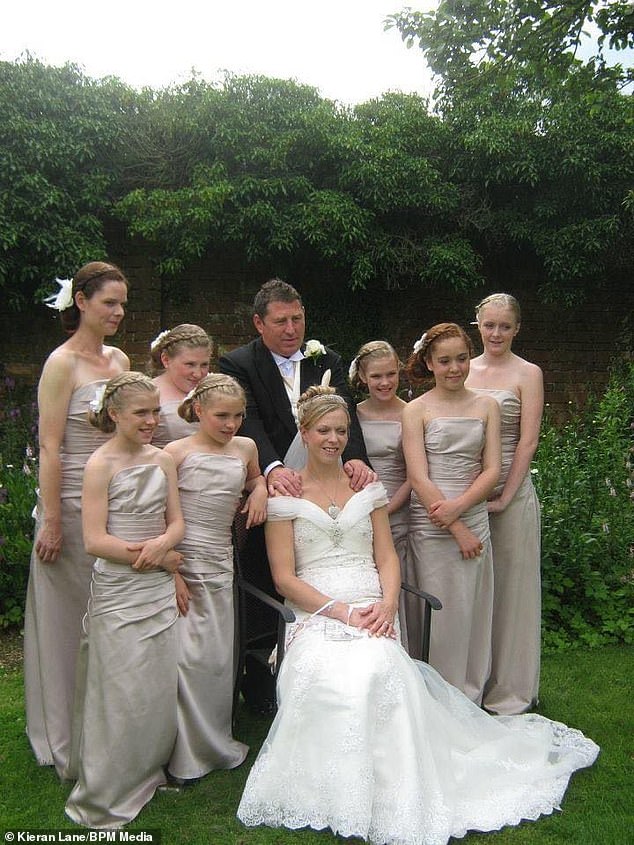 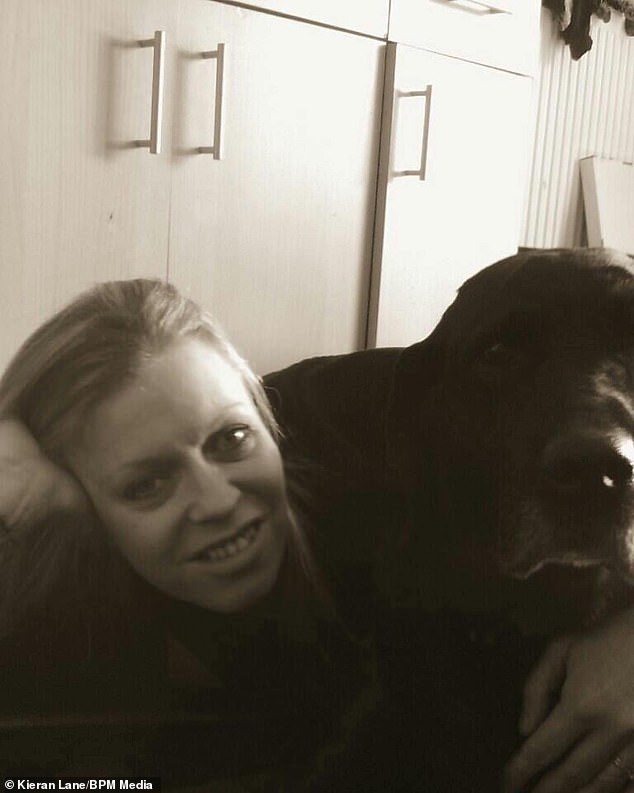 After Nicola was diagnosed with GPA, Kieran said she declined fairly quickly 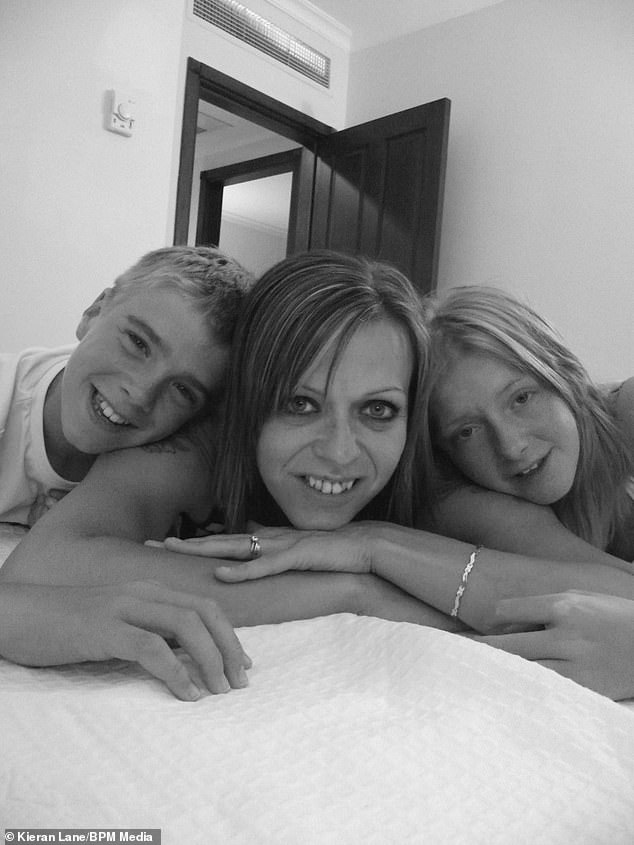