An unlicensed African driver who ran over and killed a 13-year-old boy but escaped with a community service order wasn’t properly investigated, his mother claims.

Jalal Yassine-Naja died when a car driven by mother-of-seven Ayou Deng knocked him off his skateboard in the Melbourne suburb of Brookfield in March last year.

Police only ever charged Deng with unlicensed driving after deeming the child’s death an accident. She was handed just 80 hours community service on Wednesday.

Jalal’s mother Olivia Yassine told 3AW her son’s death shouldn’t go unpunished and called for the investigation to be reopened.

was ‘more than an accident’ and called for the investigation to be reopened.

‘At the end of the day she never should have been driving… She shouldn’t have got behind the wheel. That’s negligence on her behalf,’ she said. 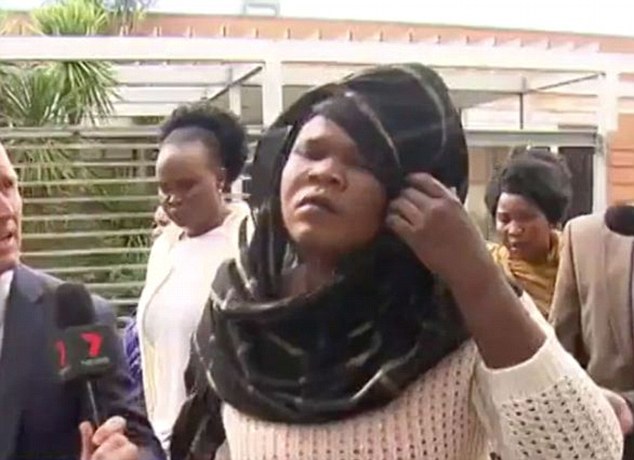 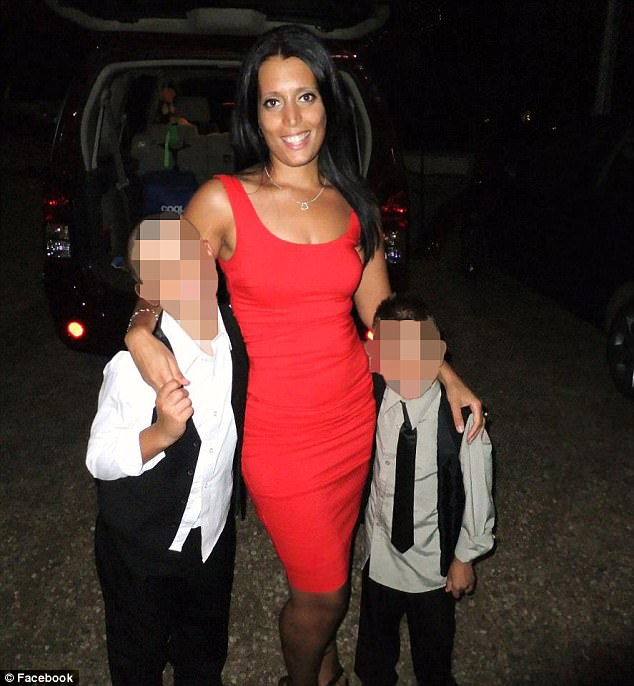 Ms Yassine said police told her charges over Jalal’s death couldn’t be laid because there were no witnesses or CCTV footage of the incident.

She argued that there were witnesses, including a man with a tattooed face who she claimed was never spoken to by police.

‘I feel that it wasn’t investigated correctly… I don’t want my son’s death to go unnoticed, like he was a nothing,’ she said.

‘This was a beautiful young boy who had a massive heart, respect for the law, manners – everything. He was raised the right way.’ 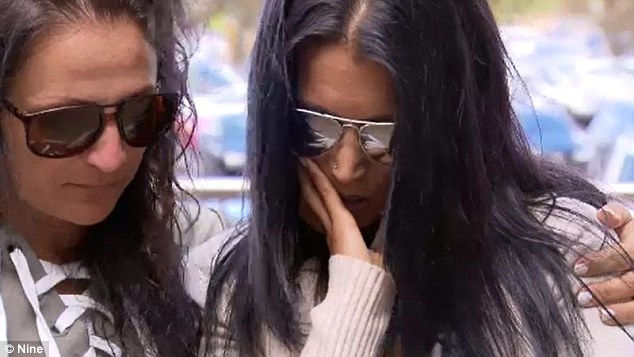 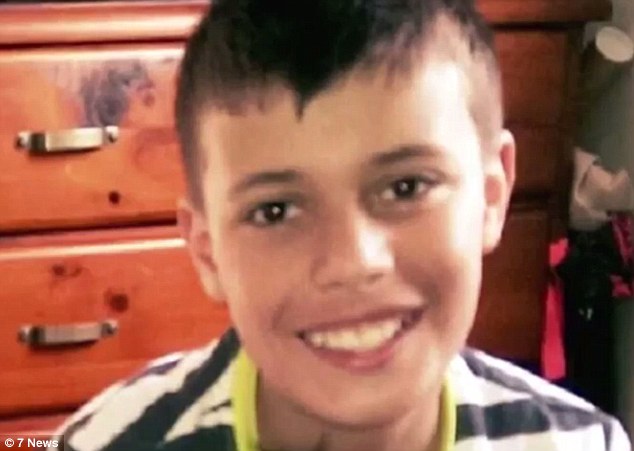 Ms Yassine said she wants ‘justice for Jalal’ and for no parent to go through the ‘gut wrenching’ feeling she now endures ‘daily’.

Legal adviser David Galbally QC said the decision not to charge Deng couldn’t be appealed and the case wouldn’t be reopened unless new evidence came to light.

‘This is a very difficult situation. The problem here is that the offence for which the individual was charged was unlicensed driving,’ Mr Galbally told the program.

‘There doesn’t appear to be have been any evidence of any recklessness or dangerous driving. 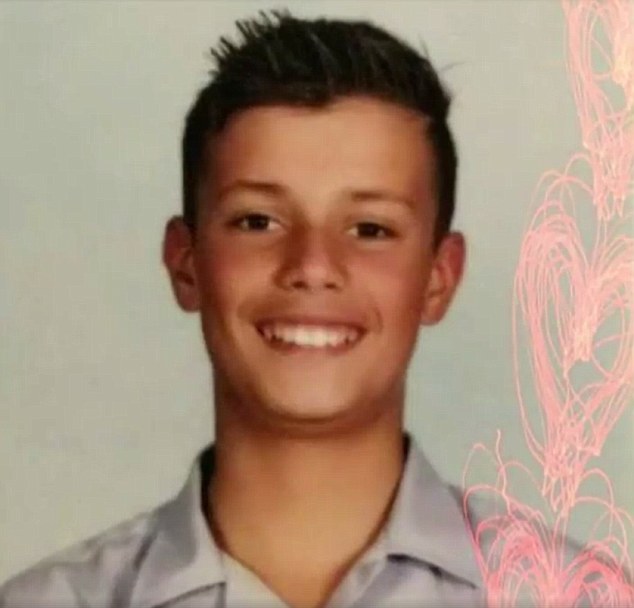 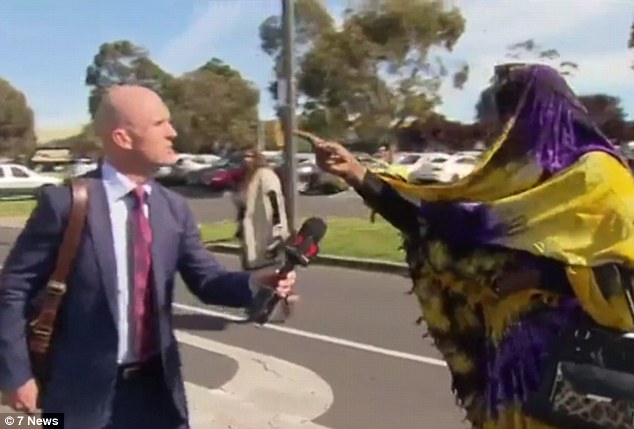 ‘The only evidence that exists is evidence that the driver was a unlicensed… It doesn’t carry with it the fact that you killed someone. That’s a separate offence.’

Deng was heckled as she left court on Wednesday, including by members of the far-right anti-refugee group, True Blue Crew.

‘If her family wasn’t on the road the boy would still be alive,’ Kane Miller from the group yelled, according to Nine News. 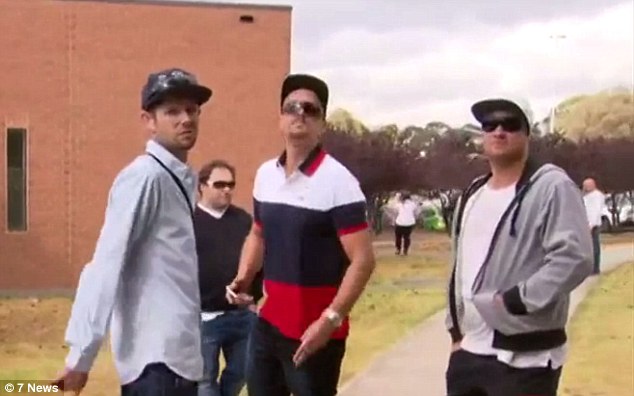 Deng by members of the far-right anti-refugee group True Blue Crew, including Kane Miller (centre) as she left court 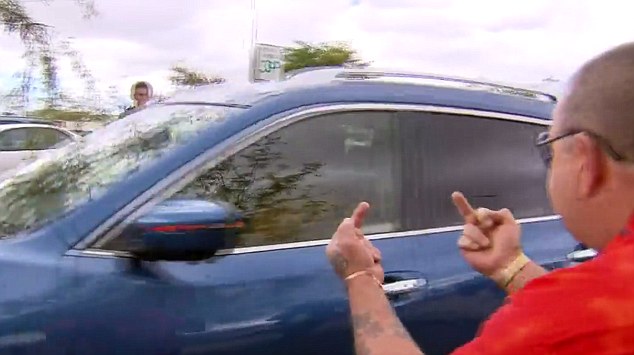 ‘The courts want to give her 80 hours community work and they wonder why the country is going to s**t,’ he said.

Members of the group raised their middle fingers at Deng as she fled the court in a waiting vehicle.

Deng has been filmed at previous court appearances lashing out at reporters and attempting to strike them with her handbag.

Outside court on Wednesday, Ms Yassine said Deng should have been charged over her son’s death. 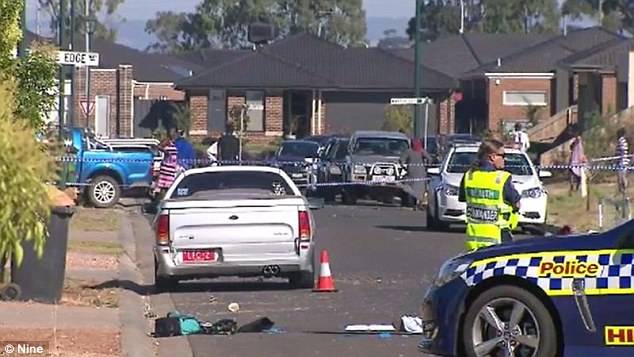 ‘I want it to be acknowledged that she killed a person – my son – and she ran over him. And she did wrong,’ she said.

Ms Yassine said she wants the case to be re-examined so charges can be pursued against Deng.

‘That’s not right. I will fight for my son. It doesn’t matter what it takes. I will get answers out of this and I will appeal it,’ she said.

Deng will serve 80 hours community service for the unlicensed driving charge, a separate unlicensed offence and an unrelated assault.