Mother who ‘stabbed a Byron Bay teacher with scissors’

PICTURED: Mum, 31, who ‘stabbed a primary school teacher in the face and arm with a pair of scissors’ – before ‘being found crouching in the backyard of her Byron Bay home’

By Nic White and Sahil Makkar For Daily Mail Australia

A mother will face court on Wednesday charged with stabbing a primary school teacher with a pair of scissors.

Karina Fatima Sbaraini, 31, allegedly lunged at the Byron Bay Public School staff member in the grounds of the school on Tuesday morning.

The teacher, Zane Vockler, 28, was taken to hospital with wounds to his arm and face after the altercation about 7.20am.

Karina Fatima Sbaraini, 31, allegedly stabbed a Byron Bay Public School teacher in the grounds of the school with a pair of scissors 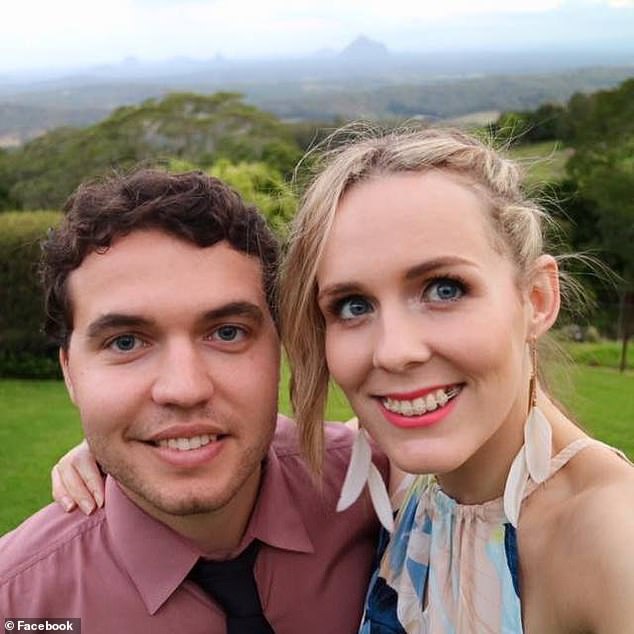 Zane Vockler, 28, (pictured with his fiancee Ashleigh Blake) was allegedly stabbed in the face and arm at Byron Bay Public School

Police alleged the two were ‘speaking on the premises before she approached him with what’s believed to be a pair of scissors’.

Sbraini was arrested at her home on Beachside Drive in Suffolk Park about 10.30am after fleeing the scene, police alleged.

She was found crouching in her backyard when police arrived and questioned for hours before being taken to the station.

She was later that day charged with wounding with intent to cause grievous bodily harm and trespassing.

Sbraini has a young son who attends the school, but does not have custody of him.

She was refused bail and will face Tweed Heads Local Court on Wednesday.

Mr Vockler, who just got engaged, was taken to a local hospital before being transferred to Tweed Hospital for surgery. He is in a stable condition. 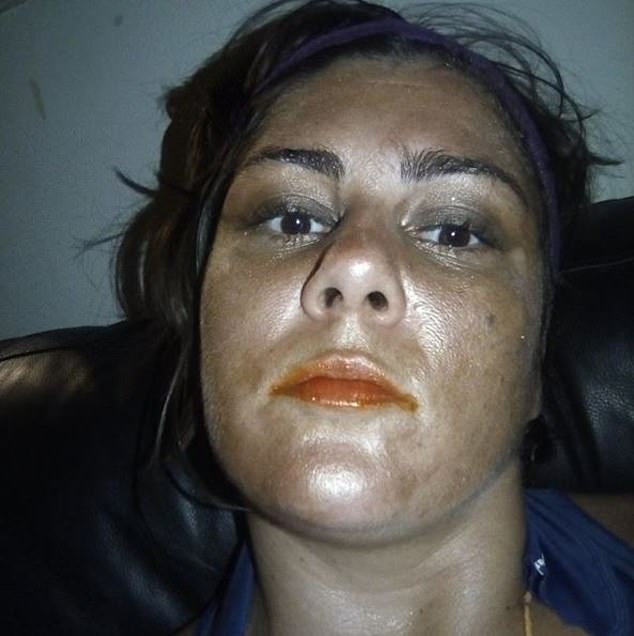 One of many selfies on Sbraini’s social media pages, this one posted just a couple of hours before she allegedly stabbed Mr Vockler 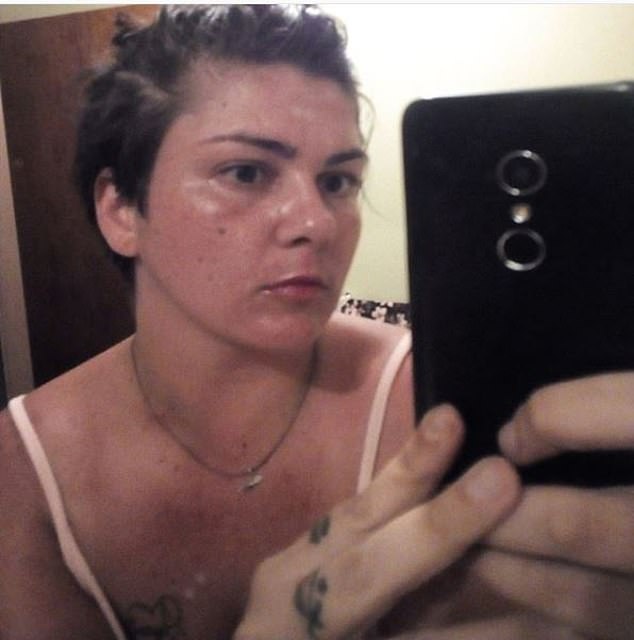 The school was placed in lockdown from 7.20am to 11am but police said there was no ongoing danger to students as it was a targeted attack.

‘There was never any stage where students were at risk. It seems to be very isolated and not an ongoing or common problem,’ Inspector Chad Deegenaars said.

Hollywood star Chris Hemsworth and his wife Elsa Pataky, both Byron Bay locals, arrived just a few hours after the stabbing to help out at the cafeteria.

Footage shared to Instagram showed the couple carrying boxes of sushi rolls into the school before heading to the canteen.

Pataky, who shares three children with Hemsworth, captioned one of the clips: ‘Another dad to help in the canteen today!’

Another video showed them inside the canteen preparing food with other parents. 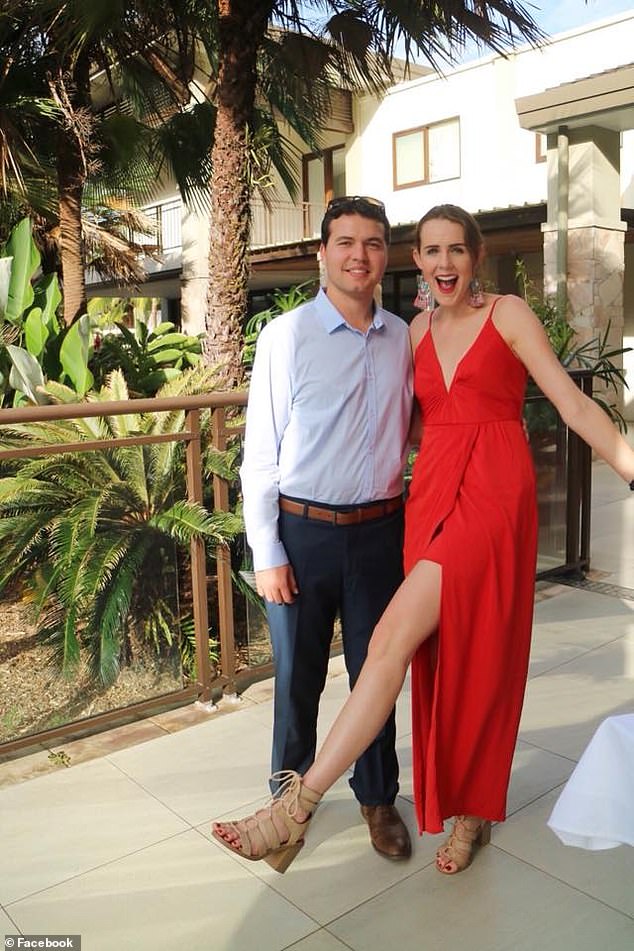 Mr Vockler was described as a ‘gentle and caring’ teacher. He had surgery after suffering stab wounds on Tuesday morning and is in a stable condition 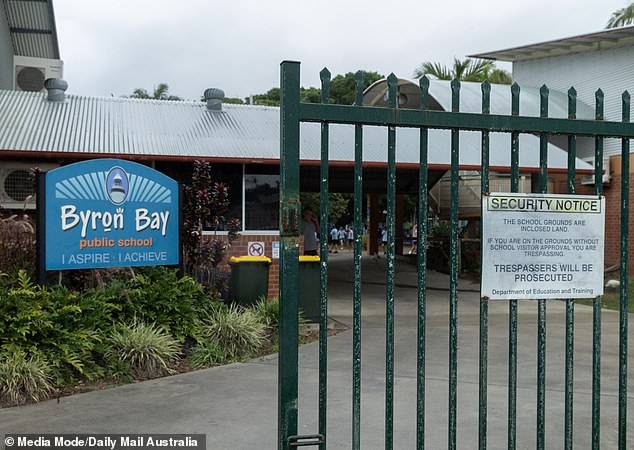 The woman, 36, allegedly stabbed the 28-year-old male teacher in the face and arm at Byron Bay Public School on Kingsley Street about 7am on Tuesday 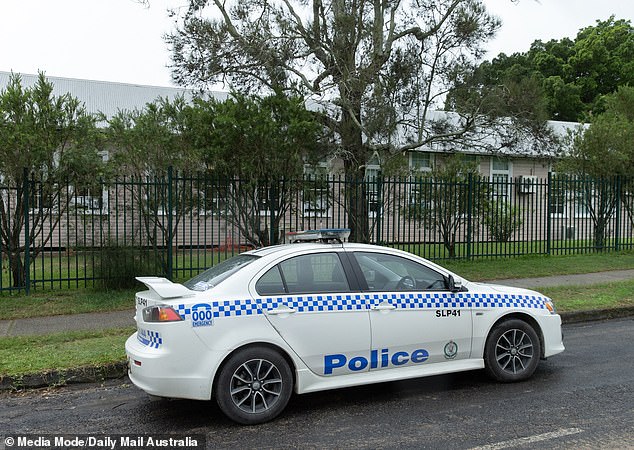 One parent wrote on Facebook that her child saw a ‘pool of blood’ near the school’s library.

Another local said it was sad to hear about the attack on the first day back at school after the holiday break.

‘The most lovely teacher. So undeserving of this. May his recovery and healing be swift,’ he wrote on Facebook.

Another person posted: ‘(He’s) a great teacher and a gentle and caring soul.’ 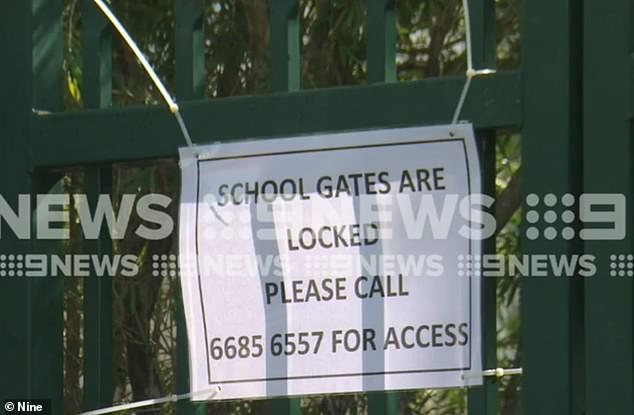 The woman is accused of fleeing the scene after the alleged attack, but was later arrested at a home on Beach Side Drive, Suffolk Park at about 10.30am 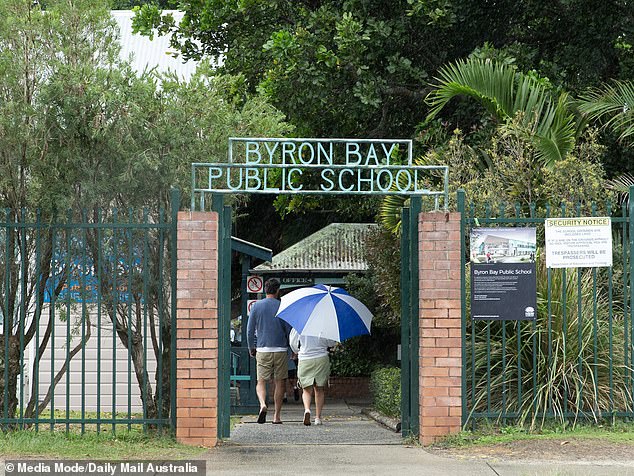