Mother who threw corrosive substance at a man faces jail

A mother has been warned to expect a prison sentence for injuring a man by throwing a corrosive substance at him – after she first claimed it was only ‘Diet Coke’.

Deborah Tasker, 44, of Hull, had originally denied any wrongdoing.

But when the charge was put to the mother-of-two again at her barrister’s request at Hull Crown Court on Friday, she pleaded guilty to assault occasioning actual bodily harm.

‘It wasn’t Diet Coke at all then?’ asked Judge Mark Bury after her new plea had been entered.

‘No,’ said her barrister, David Godfrey. ‘It’s accepted by her it wasn’t Diet Coke.’

Crown barrister Phillip Evans said: ‘The prosecution is on the basis what was thrown at the victim was a corrosive substance, and the defendant knew it was.’

Tasker, of Moorhouse Road, west Hull, had a previous conviction under the name of Walker, the court heard.

No further details of the case were given and sentencing was adjourned until February 22 for the preparation of a pre-sentence report.

Judge Bury told Tasker: ‘On the 22nd of February when you are sentenced you will get appropriate credit for the plea you have just entered, though not as much as you would have got last time, when you will recall I gave your barrister a hard time over your defence. 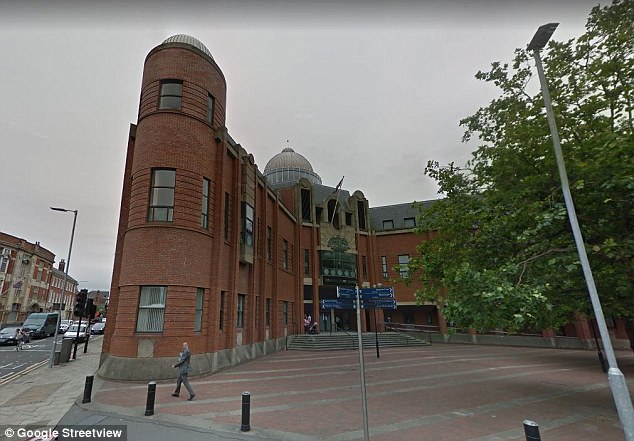 But when the charge was put to the mother-of-two again at her barrister’s request at Hull Crown Court on Friday, she pleaded guilty to assault occasioning actual bodily harm

‘It’s a serious matter – you should expect to receive a custodial sentence whether you have got previous convictions or not.

‘But in the circumstances I am prepared to give you the benefit of a pre-sentence report, which will set out any alternative to custody which the probation service consider appropriate.

‘Please understand that the overwhelming likelihood is an immediate sentence of imprisonment, but all sentencing options are open.’

Tasker was released on bail. The offence took place in Hull on April 14 last year.