A woman whose childhood was filled with abuse and exploitation has written a book to share her story of survival and a fight for a better life.

In new book, Survivor, Tara O’Shaughnessey, which is a false name, from the UK, tells how she was abused by one of her mother’s many lovers from the age of four.

After fleeing from the squalor, she was drawn into a life of prostitution, crime, and danger and became involved with some of London’s most notorious gangsters – even marrying one.

But when she realised the danger she was inflicting on her children, Tara knew she had to find a way to get out.

After turning her life around, she is now a university graduate and counsellor, and has dedicated her life to helping ‘fallen women’, walking the streets of cities in South Wales in search of the homeless.

Speaking exclusively to FEMAIL, Tara said: ‘The reason I wanted to write this book was to try to show people that, no matter how far down you’ve fallen, there’s always a way back up.’

In new book, Survivor, Tara O’Shaughnessey, which is a false name, from the UK, shares her story of survival and a fight for a better life. Picture, stock image

She added: ‘I know what it’s like to have gone so far into the darkness – being devoid of love and not wanting to live – being judged and believing you’re worthless and there’s no point to life.’

‘I wrote this book to let people know there’s always a point to life – and you can make that point yourself.’

Growing up, Tara, whose biological father left when she was a baby, lived in a one-room flat with her mother – who had a string of boyfriends who came and went.

‘My mother was promiscuous, so the family tried to brush her (and me) under the carpet,’ she explained. ‘There was one man in particular called Bruno. We all slept in the same room – her and Bruno (or whoever) on the bed and me on the floor on a mattress that I shared with the dog.’ 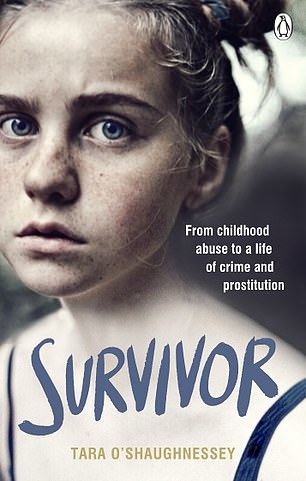 Survivor by Tara O’Shaughessey is now available to buy in paperback for £6.99

‘We had no basic facilities, like a washing machine or cooker – I ate junk food most of the time, except when I went to relatives.’

‘When I was given proper cooked food, I was known to cry because I wasn’t used to it.’

From the age of four, Tara was abused by her mother’s boyfriend Bruno – a horror that continued for five long years.

‘He sexually abused me and beat me with the dog’s lead and threw me out of the flat with no clothes on,’ explained Tara. ‘I was gripped with fear of this man.’

‘When my mother went shopping, I would hold onto her legs, begging her to take me with her.’

‘When he sexually abused me, it was as if I couldn’t breathe and I believed I was going to die.

‘It was extremely painful because the abuse began when I was as young as four and went on until I was about nine.’

After Bruno, other men came to the flat and, even though they didn’t sexually abuse Tara, some of them physically abused her mother – and she had to witness the brutality because she was in the same bedroom.

As a teen, desperate to escape the toxic environment at home, she fled to London – but was swiftly drawn into a life of prostitution and crime.

‘I left with nothing more than £100 and a small bag of clothes,’ she explained. ‘Being drawn into prostitution was a gradual thing.’ 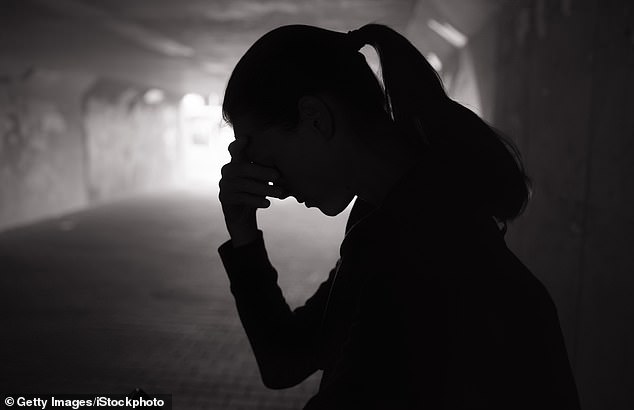 From the age of four, Tara was abused by her mother’s boyfriend, Bruno. The horror went on for five long years. Pictured, stock image

‘When I ran off to London, I first became involved in pole dancing. I did this in several clubs for a while. After that, I worked in “massage” parlours, which were really brothels. Then I graduated to escorting, meeting men in hotel rooms.’

Tara soon become involved with some of London’s most notorious gangsters – even marrying and having children with one.

‘I was very naive and these people were nice to me and it seemed that they were looking after me,’ she explained. ‘Over the years I actually married several men.’

‘But I made a bad mistake of being unfaithful to one of them and ended up losing him and getting married to a brutal biker who sexually abused my daughter. These are the kinds of mistakes I made as a young woman, which I regret very much.’

In time, Tara forged a relationship with a wealthy client during her escorting days and used him as a ‘way out.’

‘When you’ve lived a life of abuse, trauma and self-destruction, as I did, it’s difficult to come into the “normal” world – especially as this was a world I’d never known, from the day I was born,’ explained Tara.

‘I think the abuse of my daughter was a wake-up call but, even then, it was very difficult for me to embark on something that was totally alien to me.’

‘But decided I needed to get away from the toxic life I was leading. That’s when I began to turn my life around.’

While their relationship didn’t last, Tara had moved away and with money now behind her, was on the straight and narrow. 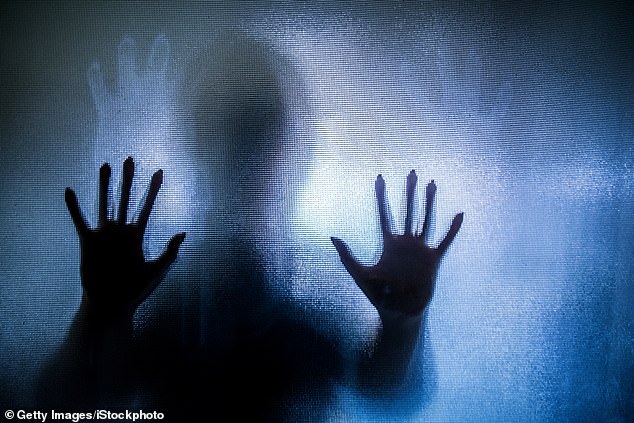 Now, Tara has escaped from her life of crime and prostitution and uses her BA Humanities degree to help other who have found themselves in devastating situations

Desperate to help others in situations similar to that in which she’d just escaped,  Tara went to university and left with a BA in Humanities.

Since then, she has completed various courses on peer mentoring and domestic violence through Women’s Aid.

‘I chose counselling as I felt a lot of people in the position I was once in just wanted to be listened to,’ she explained. ‘I know I would have been helped if I’d had someone like that to confide in during the bad years.’

‘I’d gone through the same kind of experiences as these people were going through and I felt I could empathise with them better than someone who, although having the right motivation, might not have the right practical ‘experience.”

She added: ‘I felt that I had the ability to be non-judgemental, understanding and compassionate, which is what people in traumatic situations need.’

Now, Tara buys the homeless food and clothes and tries to help them back into society.

She has also written a book as a source of inspiration to women (and men) who have lost their way in the world.

‘I want to inspire others, enabling people that they can change their lives no matter how bad situations get,’ she explained. ‘To give people hope in hopeless situations. I am living proof that your circumstances can change. Never give up no matter what.’