Mother with 40KK boobs feared she would suffocate baby

A mother with size 40KK breasts has revealed how she feared her son would be suffocated by her chest while breastfeeding.

Danielle Matier, 31, from Derby, told how she was forced to give up on her dream of nursing son Jack, now six, because she was so worried the newborn would be smothered by her breast.

Mrs Matier, who also has a daughter Willow, two, has now launched an online campaign to raise money for surgery to reduce her breasts to a more manageable D-cup.

Danielle Matier, 31, from Derby, told how she was forced to give up on her dream of breastfeeding son Jack, now six, because her large breast would often cover his entire face 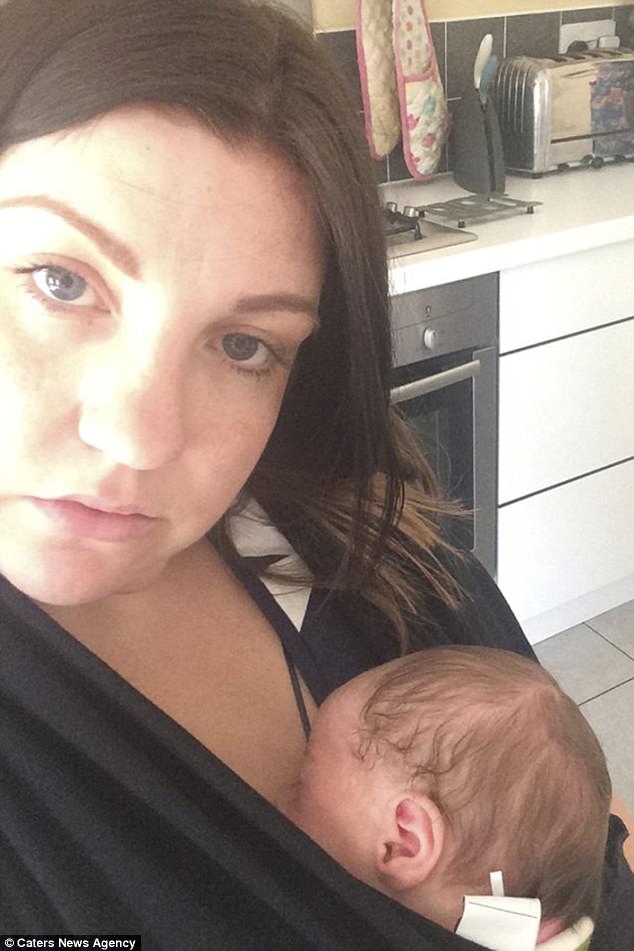 Danielle, pictured breastfeeding daughter Willow, had to give up on her dream of breastfeeding son Jack because she feared the newborn would be smothered by her breast

She said: ‘My breasts have caused me horrendous back pain for years. I’m sick of feeling embarrassed over my breasts and still being stared at, I need the surgery to get rid of that.

‘I’ve tried everything – I even lost seven stone after I was advised to do so, but my breasts didn’t go down a single size.’

Danielle started developing breasts aged 11 and her chest had grown to an E-cup within the year. By the age of 15 she was wearing G-cup bras and has battled with agonising back and neck pain ever since.

‘I’ve always been big chested ever since I was little and it brought a lot of negative attention at school,’ she said. 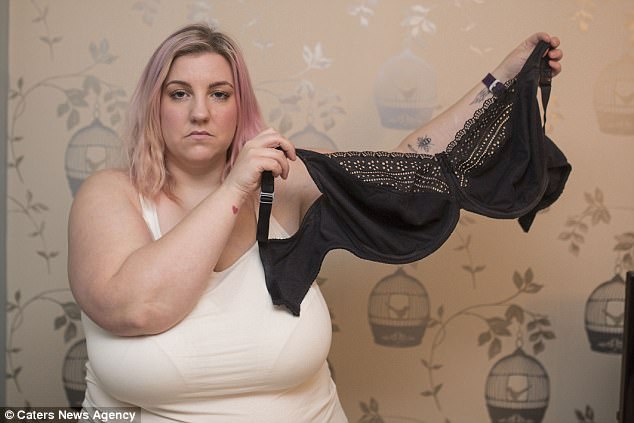 Danielle, seen holding out a bra, revealed how she is taunted over the size of her breasts

‘I was a normal weight, it was just my breasts that were really big and gave me the self-esteem issues.’

She added that strangers will still make rude comments about the size of her chest.

Danielle revealed how she had always planned to breastfeed son Jack but that she was forced to give up.

She said: ‘Throughout my pregnancy I was adamant that I wanted to breast feed but the size of my breasts ruined it.

‘My son wouldn’t latch on and the top part of my breast would completely cover his face and I was petrified I was going to suffocate him. 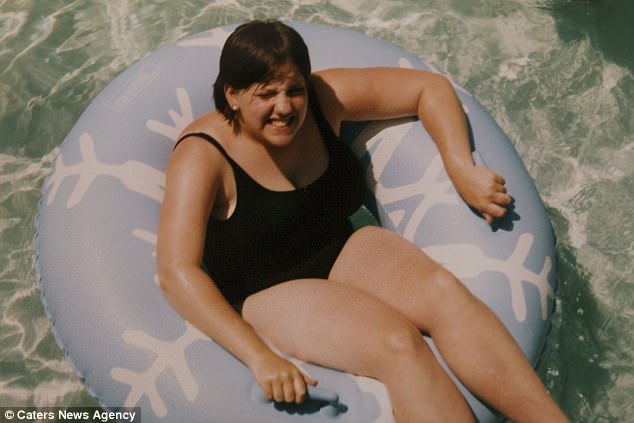 Danielle, pictured on holiday aged 14, started developing breasts at the age of 11 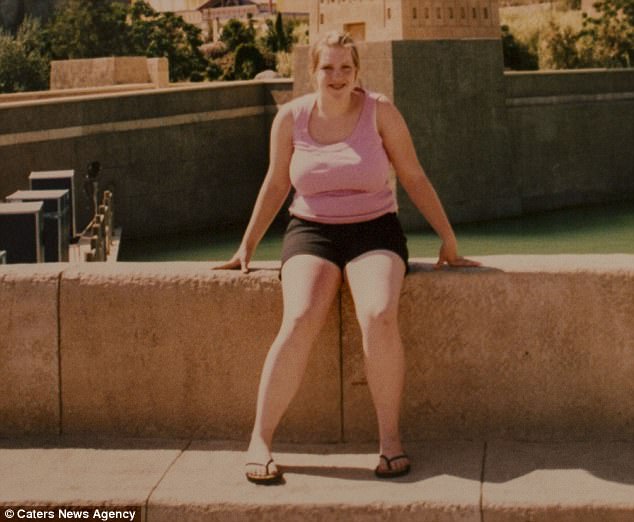 Self-conscious: By the age of 16, pictured, Danielle was wearing G-cup bras

‘I couldn’t have breastfed in public either because my breasts are so big that it wouldn’t have been discreet.

‘It broke my heart not being able to breastfeed my child and it was the thing that made me know I needed surgery.’

Despite being able to breastfeed her daughter, Willow, for two weeks, she eventually had to return to bottles due to her breast size also.

Now, after fighting with the size of her breasts for 15 years, Danielle has created a GoFundMe page in hope to raise £3,500 for surgery in Poland. 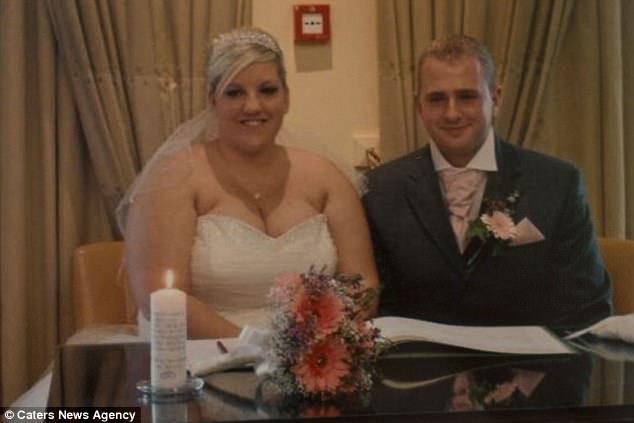 Danielle said: ‘In the UK it’s roughly £6,500 for the breast reduction surgery but going abroad it’s only half the amount.

‘I would prefer to get them done in the UK, as there’s more risks when you’re abroad, but I’m so desperate now that I’ll have surgery wherever.

‘These are the risks that I’m willing to take to get my breasts smaller as soon as possible. 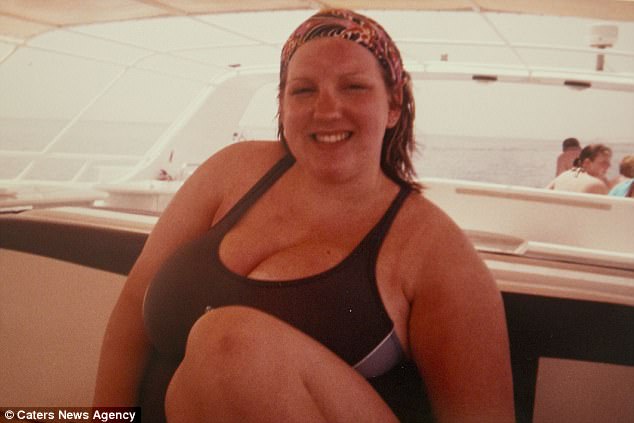 Danielle, pictured in 2010, told how strangers stopped to comment on the size of her breasts

‘My dream would’ve been to go down to a C cup, but there’s risks with that also so I’m happy enough to settle at a D cup.

‘I’m not nervous about surgery, as I’ve wanted it for so many years. I just want my life back.’

Mrs Matier said her husband Mark, who she met aged 16, is ‘very supportive’ of her plans to have surgery.

She added: ‘He has seen first-hand how much my breasts affect me.’