A Rockhampton mother who has been diagnosed with incurable cancer is facing the heartbreaking prospect that this Christmas with her family will be her last.

Nikki Flood, 37, has been battling cancer since the beginning of this year after doctors found a lump growing behind her knee.

Due to the aggressive nature of her illness, Nikki needed to have her left leg amputated four and a half months ago.

While this operation was meant to restore her health, weeks later tests revealed the cancer had spread throughout her body.

‘I’m palliative, I’m going to pass away,’ she told FEMAIL. ‘I’ve gone from being promised eight months months to weeks to living day by day.’

Due to cancer which has spread to her lungs and brain, this Christmas could be Nikki Flood’s (pictured) last

Nikki explained her recent diagnosis has revealed she has up to 50 tumours in each lung, and the cancer has further metastasised into the back of her brain.

Nikki said her children – CJ, 17, and Jai, 15, who both live at home with her – are her main priority, but she’s also having to take steps to prepare for her death.

‘Being a mum I have contacted a funeral parlour and spoken to them, and sorted some of that out,’ she confessed.

‘I have an advanced care health directive so I can be at home with my family.’ 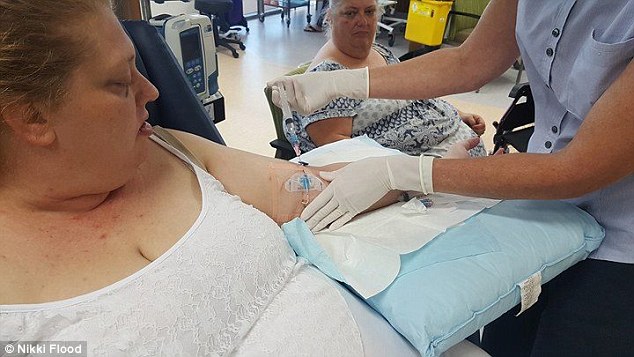 While her family – which includes her same sex partner Ange who is also her carer – are doing all they can to help her, Nikki said the strain has been hard.

‘It’s really hard for everybody. My daughter has just graduated [high school] she’s losing the only mum she’s ever known,’ she admitted.

‘As a mum to see them watch me go though this everyday, Nikki added, emotionally. 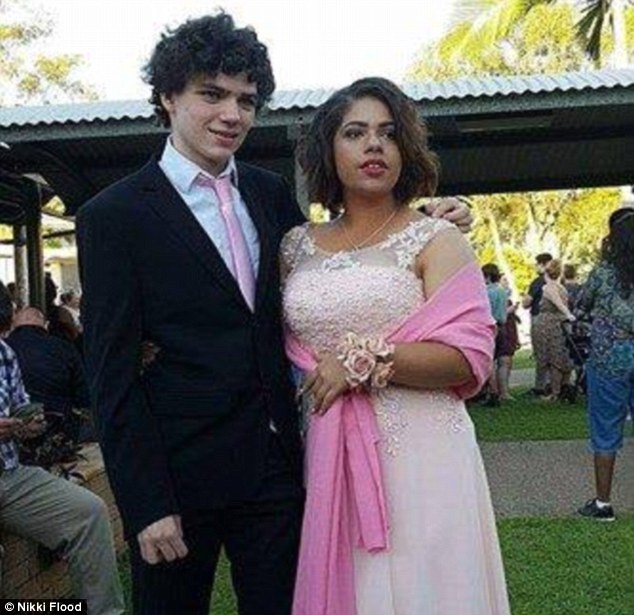 ‘We’re a family doing it together.’

Despite struggling to reconcile some aspects of her circumstances, Nikki still makes every effort to remain upbeat. 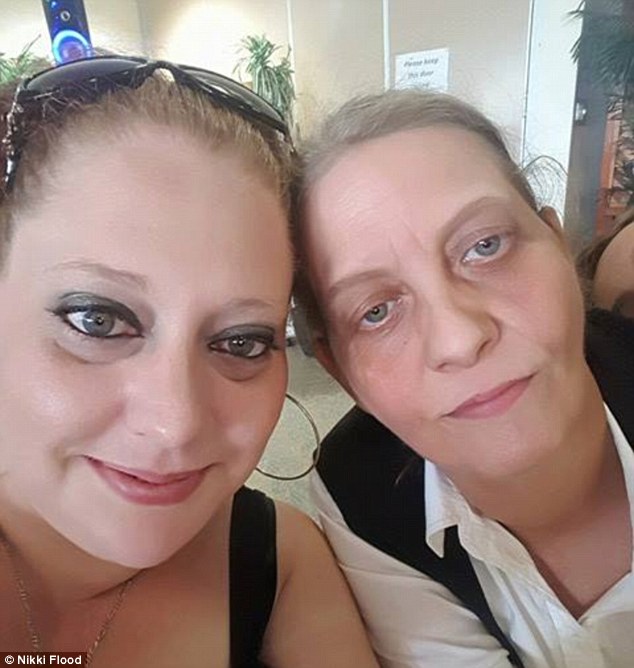 Nikki with her partner Ange (pictured right). It’s Nikki’s hope Ange will look after her children after she dies

But because her lungs are now so fragile, Nikki has to take extra care that she doesn’t put any more pressure on her system.

The family have chipped into buy her a $90 breathing machine, and she’s careful not to do anything that could bring on a coughing fit that could see her lungs rupture and result in her bleeding to death.

While she is receiving treatment to alleviate her suffering, Nikki is only too aware this Christmas with her family may well be their last together.

It’s one the 37-year-old said she wants to make as special as possible but the strain of her illness has meant her and Ange are unable to work and both receive Centrelink payments. 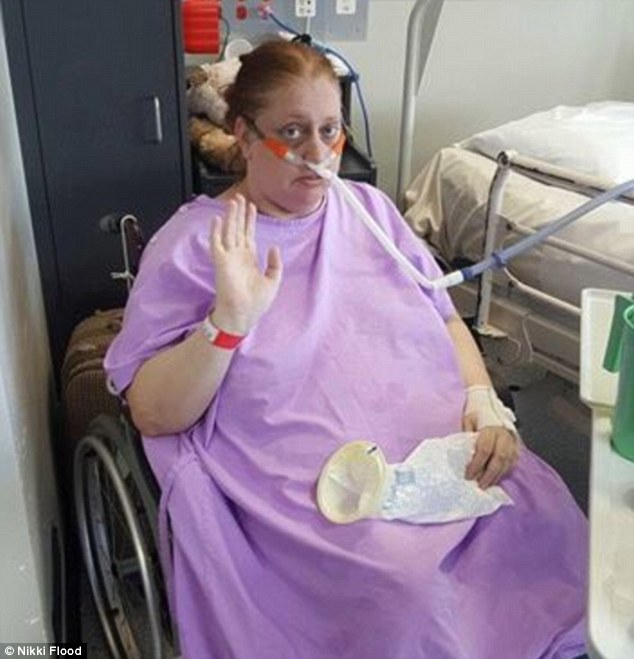 While Nikki is receiving treatment to alleviate her suffering, she’s only too aware this Christmas with her family may well be their last together

‘We’ve got no money but I don’t need a big hamper for Christmas because I have already organised a Crisco hamper,’ she said.

‘But we don’t have any presents for the kids. We got no money to do anything fun.

The selfless mother is quick to point out her plea for help is for her family only, ‘I don’t want anything for me, I have never wanted anything for me.

‘The main thing I want is for the kids to have everything they like about Christmas, the lights, the decorations, the food and not worry if mum can afford presents this year or not. 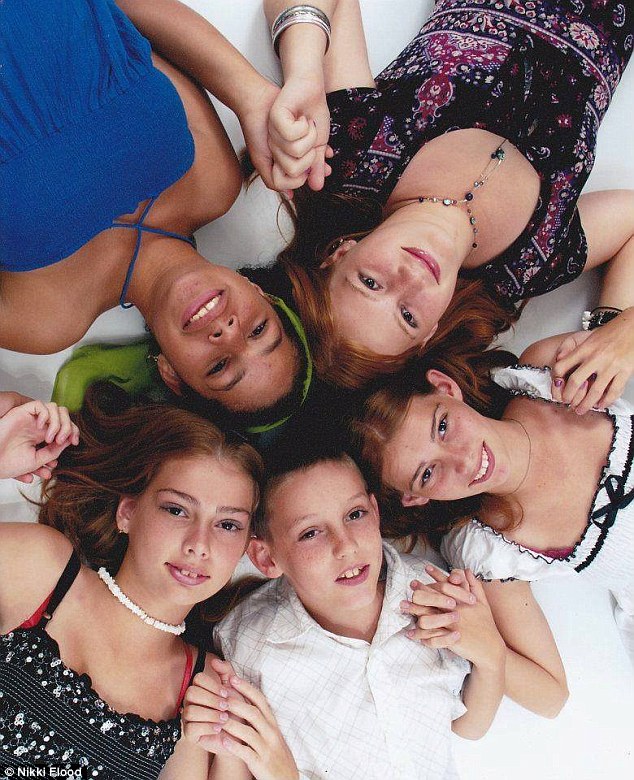 The selfless mother is quick to point out her plea for help is for her family only, ‘I don’t want anything for me, I have never wanted anything for me’

‘And what I really to leave my children is to make sure we can secure this house for them and Ange and they don’t have to leave the home their mum passed away in.’

Nikki said her greatest wish is for her family, which also includes three older children, and two grandchildren, is to have a Christmas they will never forget.

‘This is the last year they will spend with mum, and I want them to think everything is great.’

‘I just want them to be kids and to be happy.’ 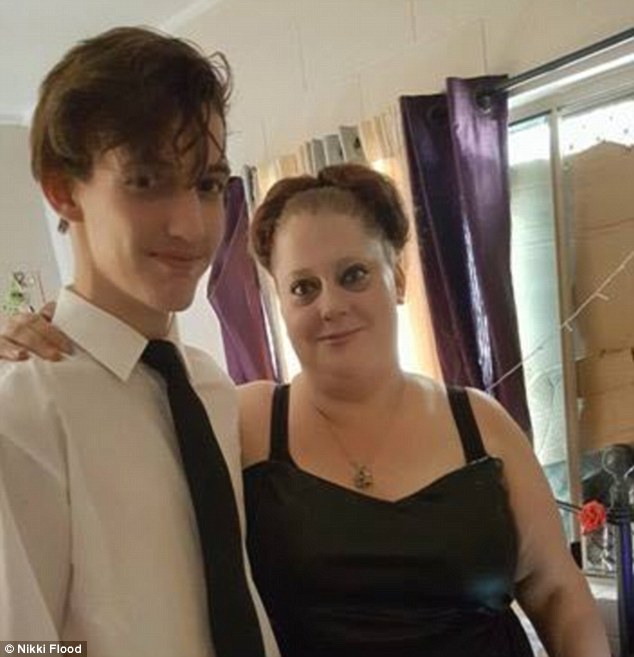 Nikki with her son Jai (pictured right): The strain of her sickness has been especially hard on her youngest son, Nikki said

Through Jai’s association with Project Booyah – a police-run leadership and mentor programme was designed for at-risk youth – a GoFundMe page has been set up to raise funds to give the family some ‘good memories’.

Speaking to FEMAIL, Senior Constable Joe Ramsay said Project Booyah met with Nikki and her family about 12 months ago when Nikki wanted help her with her son.

‘Nikki has always, always been about the kids,’ said Sen Const Ramsay.

‘Other people might crumble if they were looking at passing on but Nikki’s always been making sure everything is set up for them. 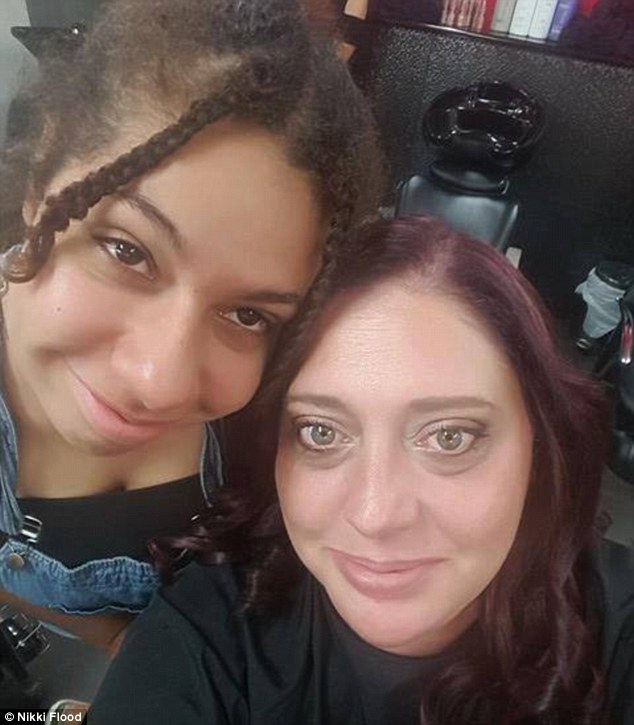 Nikki said she is determined to be here for her family for as long as she can: ‘My job as a mother is not done’

Though Nikki struggles with her declining health on a daily basis, she’s determined to be here for her family as long as she can.

‘I won’t give up hope,’ she concluded. ‘I am a fighter because I need to be here for my children.

Those wishing to support Nikki and her family can do so through Kalynn Kostuch at Care and Share Rockhampton.