Mothers and daughters: ‘I wanted to celebrate my life by going to my own wake’

When Lin Dalton decided to stop her treatment for incurable cancer, she knew she wanted to make the most of every moment she has left. So with her daughter Laura, she brought family and friends together for an evening of fun and farewells

A former independent project contractor, Lin, 63, is single and lives in Birmingham

It was Laura who chose my outfit for my wake. I described to her a dress I’d owned years ago and loved. After just a few taps on her phone she found something remarkably similar – I couldn’t believe it. Shopping for something to wear to your own wake may not be a very typical mother-and-daughter activity. But Laura and I have learnt to cherish every experience.

We both know there will be moments we won’t get to share. I’ll never help her choose a wedding dress, celebrate her 40th birthday or hold her children in my arms. However, when you know your time is running out, everything takes on special meaning. And when I look back on my life, my wake is certainly one of those unforgettable moments.

I stopped treatment for cancer in February this year. The same month, I threw a party to bring together everyone I love so they could remember me in a positive way. People who say they don’t want a fuss when they die… well, that’s not me! As my mind turned to the end of my life I realised I shouldn’t miss out on the chance to celebrate it. I didn’t want a sombre affair, I wanted to go out with a bang and for people to look back on what a brilliant night we had.

Eighty-five family and friends came together for an evening of dancing and drinking. I booked a singer, a friend paid for a professional photographer as a gift and there was lots of reminiscing. It was all very upbeat – I didn’t want people sitting around feeling sad.

There’s something very surreal about standing in front of everyone you love, preparing to make a farewell speech. How do you find the right words? I could see people in the crowd crying, but I felt empowered. Cancer has robbed me of so much control, but this chance to say thank you and goodbye was something I was determined to do.

I spoke about all the people who had helped me on my journey. From the family who had sat by my bedside when I was recovering from chemo, friends who had left meals on my doorstep or talked on the phone late into the night, to the stranger who hugged me outside hospital one day when we got chatting about why I was there. I admitted that while cancer was sh*t, receiving so much care and love as a result of it was anything but. And I repeated my wish that this night was to be a celebration.

When I finished speaking, it felt like everyone in the room was hugging me. I felt sad but not for me, because I will be gone and they’ll be left with pain and sadness.

I was diagnosed with rectal cancer in January 2017 and in June 2018 I was told it was incurable, despite gruelling radiotherapy and chemotherapy. My consultant told me future treatment would prolong, but not save, my life.

I persevered at first, deciding to have more chemotherapy. Being a mother influenced that decision. I wasn’t ready to die, and I wanted to prolong my life for Laura and my son Chris’s sake. It’s been a fine line to walk since then, trying to work out what’s best for me – and them.

In February, after another horrific cycle of chemotherapy, I made the decision to stop. I’ve reached the point where I want quality not quantity of life. I’ve made peace with the fact I’m going to die, albeit I don’t know exactly when.

Two days before my wake, I was rushed to hospital in agony due to a blockage in my small bowel. I was given pain relief, IV fluids and the wonderful staff promised they’d do everything they could to get me to my party, but I didn’t know if I’d make it. I was temporarily discharged before the party, with a portable morphine pump attached to my tummy, snaked down the sleeve of my dress and fitted in my handbag.

Apart from a few family members, no one knew I was hooked up to the pump, and when I left just before midnight, I returned to hospital. I’d been so worried cancer was going to deny me this night. I arrived back to the ward exhausted but elated. 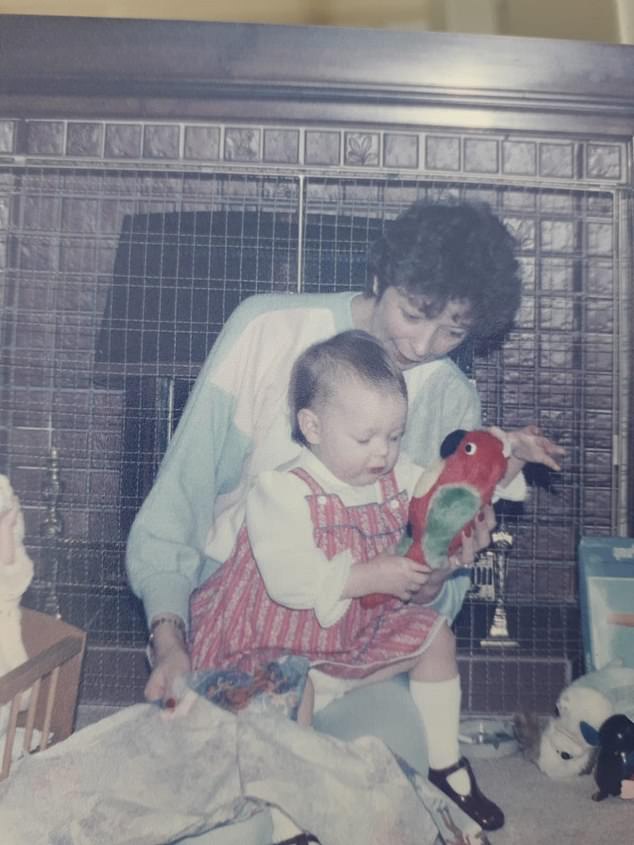 Lin with Laura on her second birthday in 1986

An unexpected silver lining has been Laura moving back to Birmingham from London, to spend more time with me. I felt guilty that she was uprooting herself from the life she had forged there. But I also felt so much joy at the prospect of seeing her more. I don’t know if that was selfish of me, but I was thrilled. We’ve always been close, but going through something like this together creates a unique bond.

She was by my side throughout the evening of my wake and it was important to me that she saw me enjoying myself – because I really was. I truly had the most marvellous night.

I want her to hold tight to those memories of me, particularly as I know her final one will be of my death. I’m planning to die at a local Marie Curie hospice and would like Laura and Chris to be with me. I was with my parents when they died and, although it was hard, I’ve never regretted it. When I’m gone, I hope it will give them some comfort to have been with me.

I’ve known the end of my personal story since I was given my incurable diagnosis. There are still some chapters yet to live, though, and Laura and I are making the most of every moment together.

A housing charity manager, Laura, 35, is single and lives in Birmingham

My memories from Mum’s wake are bittersweet. Watching her dance and laugh, delighted to be surrounded by people from throughout her life, was so special. From family to friends from the rock choir she sings in, and her ten-pin bowling club, it was amazing to see how much love there was for her in that room. But the night was also tinged with a sadness because she is going to be so missed.

I was still living in London when Mum was given her incurable diagnosis. Pacing up and down the street outside my office, I nervously waited for her to call after her appointment with her consultant. Nothing can prepare you for hearing your mother say the word ‘incurable’. I could tell Mum was trying very hard to keep her emotions in check, but her voice was breaking. Hanging up, I felt helpless. My world had been turned upside down but there was nothing I could do to fix it.

One thing I could do was move home. It was something I’d been thinking about for months, but when it was clear that Mum wasn’t going to survive, that clarified my thinking. I had to be with her, now more than ever.

I moved in August 2018 once I’d found a new job and place to live. It was hard saying goodbye to the life I’d created in London, but it was also the easiest decision I’ve ever made.

I completely understood Mum’s choice to stop treatment. She has put herself through so much – it’s time for her to live the life she has left.

When she first told me she wanted to host her own wake, I wasn’t surprised. Mum has always loved a good party; it was typical of her not to want to miss her own sendoff. It was very hard to think the time had come when she wanted to say her goodbyes. But seeing how positive she was while planning it, I knew this was a good thing for her to do.

I stood by Mum’s side as she made her speech at her wake, and that was an emotional moment in an otherwise fun, celebratory night. She looked so beautiful and spoke with strength.

I couldn’t help but cry, but they were tears of pride, to be the daughter of someone strong enough to stand up and say goodbye on her own terms. 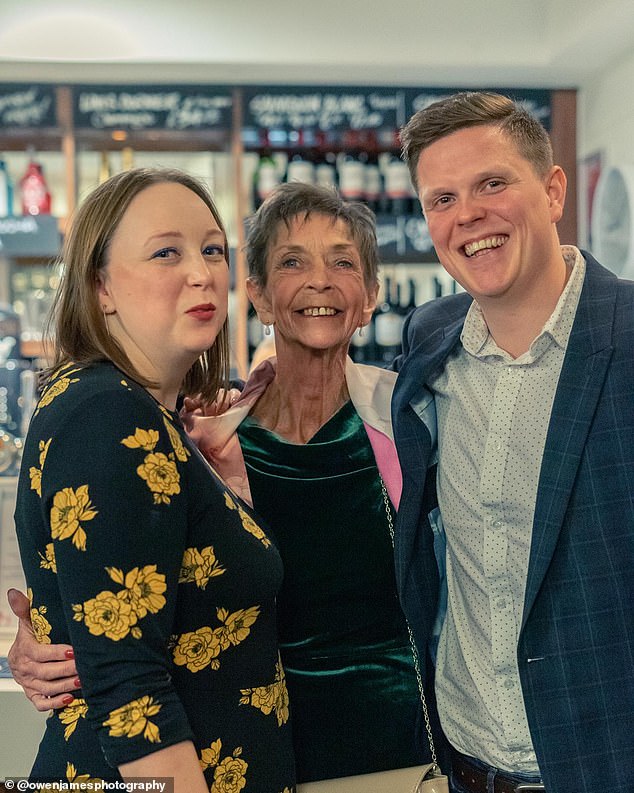 Lin at her party With Laura and son Chris

Lin and Laura in four

Lin: I love her dearly, but she’s not the tidiest person in the world.

Laura: Changing how she likes her tea without telling me until I’ve made it!

Lin: We both love a gin and tonic.

Laura: We chat about everything and nothing.

Lin: As a little girl she was very clumsy and once sat in a bucket of wallpaper paste. She was completely unconcerned!

Laura: Driving to Wales on a family holiday, singing at the top of our lungs.