Mothers and Daughters: Sophie Morgan – ‘I felt guilty that, because of me, Mum’s life changed, too’

How do you turn one of the worst things that could happen into a positive? For TV presenter Sophie Morgan, left paraplegic after a car crash, her mother Carol’s can-do attitude was inspirational

For a long time after the car crash, I felt guilty that because of me Mum’s life was put on hold. She never made me feel that way – she always supported me with great grace – but just as my life changed dramatically, hers did, too.

The day before it happened, I’d hugged her goodbye at the airport, both of us believing I was embarking on a new, independent chapter of my life. We had no idea that by the time the sunny summer’s weekend was over, I’d be propelled back to an almost childlike dependence on her. In the following weeks and months she became my nurse, my confidante at my lowest moments as well as my cheerleader in finding a way back to living a ‘normal’ life.

In August 2003 I flew to Inverness to collect my A-level results from my boarding school, Gordonstoun. I got the grades I needed to study law at the University of Manchester and went to a party with friends to celebrate. I was 18 and still remember how carefree I felt. In the early hours of the morning, driving home from the party, I crashed on an unlit country road.

In a heartbeat, the feeling of exhilaration as I sped along with the windows down was replaced by sheer terror as the car spun out of control, before everything went black. I damaged my spinal cord, leaving me paraplegic, as well as suffering a cracked skull, snapped collarbone and serious facial injuries. When Mum, a former nurse, arrived at the small hospital in Elgin and was told the extent of my spinal injuries, she understood immediately they meant permanent paralysis.

Both my parents brought me up to look forward, not back. We were never a family to wallow, and that ‘get on with it’ attitude I’ve inherited proved to be my saviour. To be on the cusp of adulthood, then be unable to even dress myself, was crushing. Quickly though, with Mum’s encouragement, my mindset shifted to what I could do, rather than what I couldn’t.

Before I moved back to our family home in Sussex I spent three months first in hospital and then at a rehab facility. It was only then that the reality of being a wheelchair user really hit me. Re-entering the real world and experiencing everything from the pitying stares of strangers to the widespread lack of disabled access was a shock. I knew that no matter how positive and proactive I was, so many fights and struggles lay ahead. What Mum did was encourage me to face them. I went to the pub, I began driving again, I flew back to Scotland to see friends. She recognised that living like an average teenager was what I needed, as essential to my recovery as my physical rehab. Fighting her maternal instinct to shield me must have been hard.

I never planned to become a TV presenter or advocate for others with disabilities. In 2004 I took part in a BBC Two programme called Beyond Boundaries, part of an expedition through the Nicaraguan jungle with 11 other disabled people. Despite contracting dysentery and spending five days in hospital – Mum, at home, desperately worried about me – I realised how powerful TV was in shifting attitudes and redefining perspectives on disability. 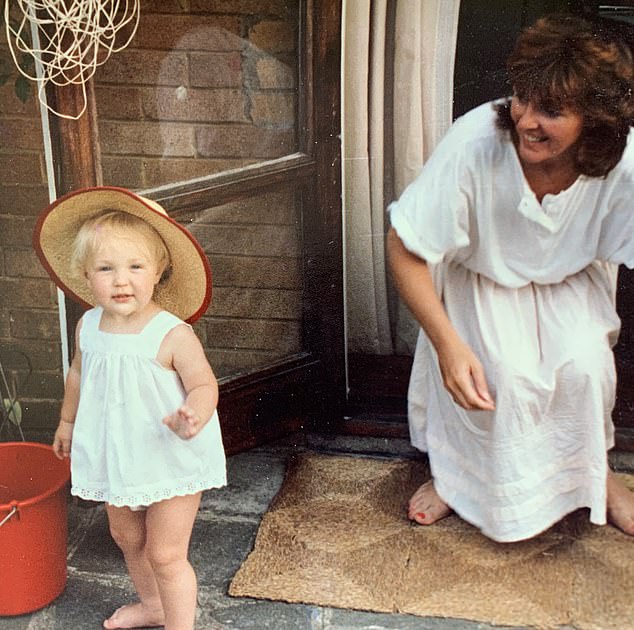 Sixteen years later, I’m still trying to do that through my work [Sophie presented the Channel 4 sports coverage of the 2012 London Paralympics and the 2016 event in Rio de Janeiro as well as reporting for Horizon, The One Show and Dispatches]. Being in the public eye is similar to living with a disability. Both bring scrutiny and assumptions and can feel invasive because you’re stared at. The negatives of both worlds are my daily reality, but I use them to drive change. Because there are so few disabled people in the public eye, I have, by default, become a representative for others like me, which can feel like a heavy responsibility but has also been the greatest gift. As a consultant, I work hard to create change in media, retail and travel so that disabled people have the same opportunities as everyone else. My car crash gave me a career and granted me experiences I would never otherwise have had. I didn’t die that night and I owe it to myself to make the most of the second chance I was given.

Mum and I have spent more time together than most mothers and adult daughters. She’s seen me at my lowest and my highest, and because of that our relationship is special. The depth of our bond is one of the greatest things to emerge from the hardest time of my life.

Carol Morgan, 65, lives in Sussex with her husband John, 62

I still vividly remember the last time I saw Sophie walk. I’d driven her to Gatwick to catch her flight to Scotland, and as she went into Departures with her backpack on, she waved me goodbye, a big smile on her face. I remember thinking, ‘Off you go, darling, the rest of your life begins now.’

The next time I saw her she was unconscious in a hospital bed, her body broken and battered. I’d collapsed to the floor when, on answering the phone at 4am, a police officer told me Sophie had suffered a spinal cord injury in a serious car crash. My husband John and son Tom, who was only 11 at the time, flew to Scotland with me, all of us huddled in the back of the plane weeping. I willed the pilot to fly faster. The terror of not knowing if Sophie would even be alive when I reached her was indescribable.

After five days in the cottage hospital in Elgin, the RAF flew Sophie to the Royal National Orthopaedic Hospital in Stanmore, Northwest London. She had to have a metal plate put in her back before being transferred to University College London for another operation on her face and to have fluid pumped out of her lungs. I knew her spinal injury was most likely permanent and she wouldn’t walk again. All I cared about was her surviving.

As she began her rehabilitation at Stoke Mandeville Hospital, it was strange to see her in a wheelchair. She’d always been so active and sporty. My job now was to help her not just cope with disability, but thrive.

Sophie was a delightful child. A real people-pleaser, so funny and thoughtful. When she hit 13, she turned wild. Spirited is probably a polite way of describing her! I would come to give thanks for those qualities after her crash. Her stubbornness and dogged determination pushed her on in forging a new life for herself.

Not long after the crash, one of her doctors told me, ‘You’re in the eye of the storm now, but I promise you it will be OK. And I’ve a funny feeling I’m going to read about Sophie Morgan one day.’ It stuck in my mind as such a kind but random thing to say. Looking back, it was prophetic, with Sophie going on to have such a public and successful career. Switching on the TV and seeing her presenting the Paralympics, addressing the UN or reporting on disability rights abuses around the world, I am amazed by her. She’s become such a force for good and it’s so typical of Sophie to take something traumatic and turn it not only into a positive for her, but a way to help others. 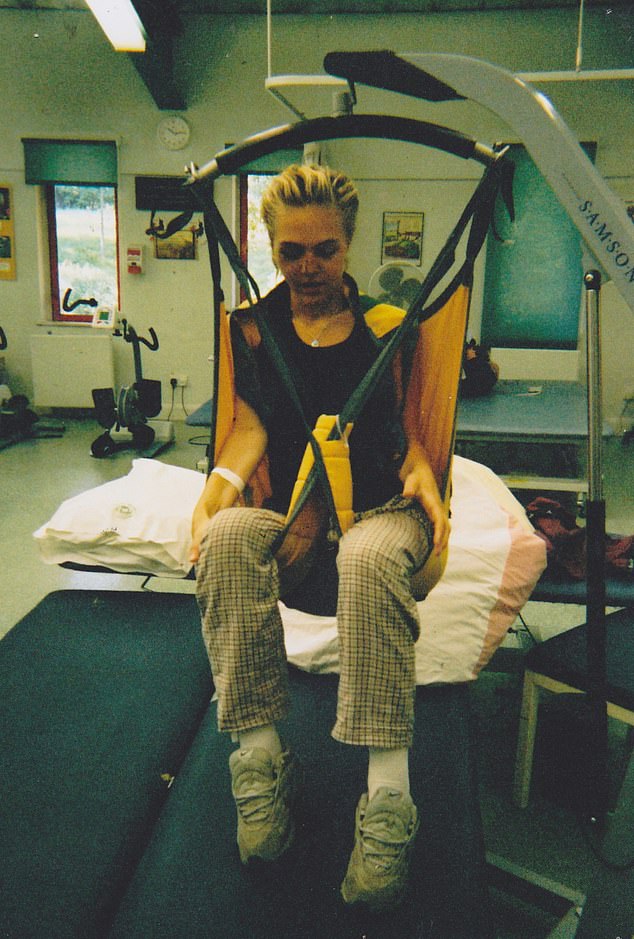 In rehab, one month after her accident

I’ve been asked, if I could change the past would I stop her getting into a car that night? With my hand on my heart, I’d say no, because I know she wouldn’t change things either. I’d change the world around her, to make it more accessible and remove negative and pitying perceptions, but how could I deny Sophie the extraordinary experiences she’s had?

On a recent shopping trip in London, a woman with a little girl in a buggy stopped us and spoke to Sophie. ‘If my daughter grows up to be as strong and brave as you, I’ll be so happy,’ she said. And I’ve never felt so proud of my tough, passionate girl.

Sophie is a newly appointed mentor for Can-Am vehicles as part of its women’s mentorship programme; @sophmorgTV

Sophie and Carol in four

Sophie She complains about people eating too noisily.

Carol She plays her music far too loud.

Sophie We’re planning to ride around Scotland on my adapted motorbike.

Carol She has endless energy – it’s exhausting keeping up with her!

Sophie Horse riding with her when I was little.

Carol The year before her accident, laughing so hard we both fell into a river in France.