A mother has been left furious after a kindergarten teacher banned her daughter from eating the mini biscuits she packed in her lunchbox.

However, the bemused mother said the uneaten treats were sent home by the school for being too ‘unhealthy’ under the strict food guidelines. 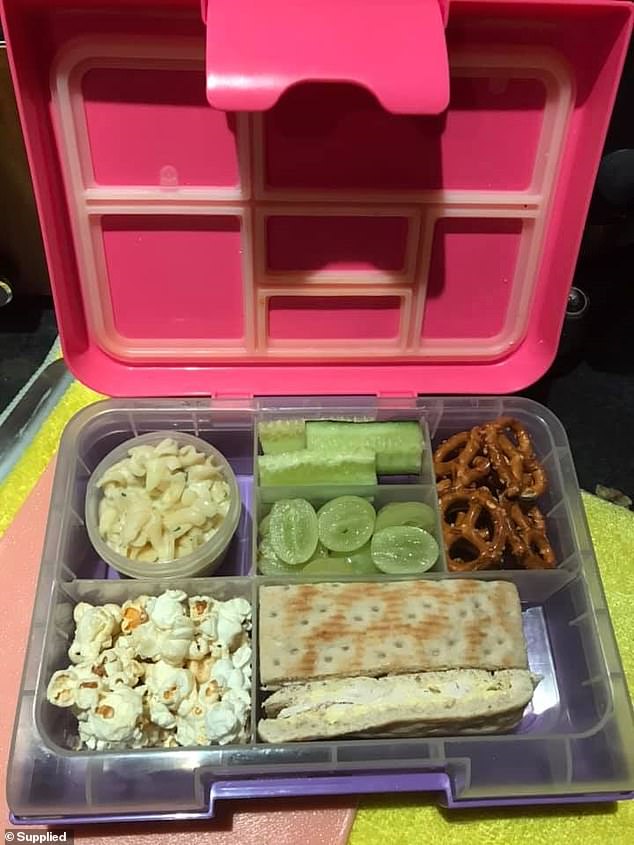 After her daughter was sent home with the ‘unhealthy’ Tiny Teddy’, the mother packed her daughter a similar healthy lunchbox, which included a pasta salad, cucumber, grapes, pretzels, sandwich and plain popcorn – minus the Tiny Teddies

Is the mother in the wrong?

‘So my girl’s lunchbox was scrutinised after me thinking it was one of the more simple and healthier ones I’d ever done,’ the mother said in a Facebook group.

‘Are you kidding me!? They were honey not even chocolate!?’

The mother claimed her daughter was told she wasn’t allowed to touch the tiny biscuits during school hours.

‘Worse she had to continue to stare at them knowing she wasn’t allowed to touch them,’ the woman added.

‘Compared to the rest of her lunch, it was nothing. It’s confusing because it was a very healthy lunch. Next to everything else I packed, it was freaking mini biscuits.

‘Considering she’s new to kindy and that it’s a treat you would think it would be nice to allow something nice after eating really healthy food.

‘My kid should be allowed to have a handful of teddy biscuits when I pack them, especially if I’m the parent.’ 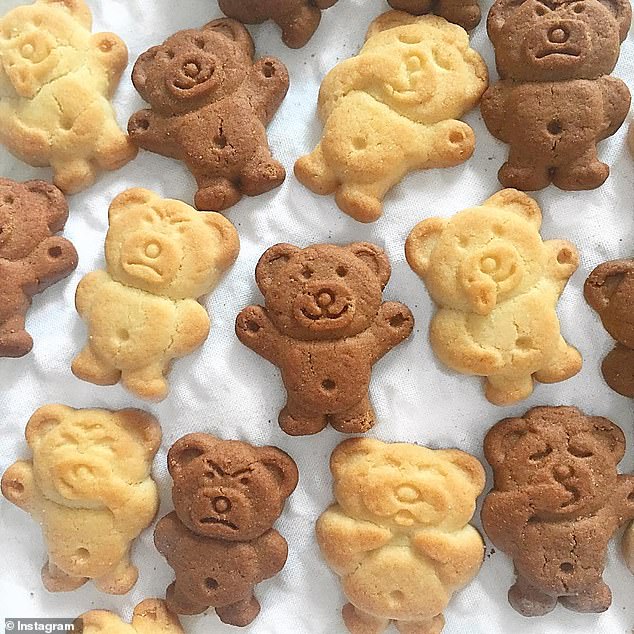 Tiny Teddies come in a pack, but the mother decided to add just five to her girl’s lunchbox

When the mother approached the teacher and director at the school to enquire about her daughter’s snack-in-question, they responded:

‘We don’t police food we aren’t the parent, it’s about education and teaching them about how to fuel their body. We tell [students] “you’ve got a great lunchbox there but how about you leave that snack for when mummy gets you?”‘

The mother said after receiving the response, she thought: ‘Well okay then that basically means one: You have policed. Two: she’s not allowed and three: You’ve played parent.’

She asked fellow parents to share the ‘sweet treats’ they’d gotten away with after packing their children’s lunchboxes.

‘I need more choices because it’s starting to get stupid. Bakery items are easy done I’m working on making berry and coconut muffins next week,’ she added.

The mother shared a picture of the new lunchbox she packed for her daughter, which included a pasta salad, cucumber, grapes, pretzels, sandwich and plain popcorn – minus the Tiny Teddies.