Emma Sayle, friend of Kate and William and the brains behind upmarket sex party company Killing Kittens, was her mother Maly’s lifesaver after an acrimonious divorce left her penniless. And having Mum as a flatmate was the best thing that happened to Emma, too

Emma Sayle, 42, is the founder of upmarket sex party company Killing Kittens. She lives with her husband James and their three children

When I was a child, Mum came across to everyone as the perfect army wife: brilliant at entertaining, never complaining. My parents met when my dad, Colonel Guy Sayle, joined the Welsh Guards where Mum’s dad was an officer. They married at 24 and had me at 27, followed by my sister Georgie, 40, and brother JonJon, 35. Dad’s job as a defence attaché meant they moved countries every two years, so I was sent to boarding school aged eight. During the holidays I’d visit them in different countries – Kuwait, Egypt, Germany.

In my teens I began to notice how Dad treated Mum. I always thought of him as a bully – telling her what to wear, banning her from going out, stopping her from growing her hair. She walked on eggshells trying to please him.

Things started to change when they moved back to the UK after I left university. After years of following Dad’s job and not being able to have her own career, Mum became events manager at the Royal Marsden Hospital. By then, their marriage was in a terrible place but she had made her vows and wanted to stick to them.

Thirty-three years of marriage ended over a lunch when Dad told Mum, then 57, that he’d fallen for a Polish masseuse 20 years his junior. Dad had taken out huge loans behind her back to fund his businesses so Mum found herself penniless. They had to sell their house and she moved into the spare room of my tiny two-bedroom flat in West London for six months.

Having spent a few years working in PR, I had just launched Killing Kittens after I’d helped a guy organise a sex party on his estate. I’d seen how nervous a lot of the female guests were and wanted to create something where girls would have the power. Everything I was doing was about looking after other women and helping them find themselves.

Mum was no exception to that. I wanted her to finally be herself – to know what an amazing person she was but had been unable to see because she’d been under Dad’s control. I bought her a bike, new trainers and an iPod that I loaded up with tunes and told her she wasn’t allowed to wallow – she had to get out. I told her, ‘Do not go looking for a man. You need to gather women around you and just get to like yourself.’ We became best mates.

I would borrow her car to take things to Killing Kittens parties. Once she opened her boot and boxes fell out, spilling their contents everywhere. An elderly gentleman helped pick up what he thought were wrapped after-dinner mints. Mum suddenly realised that they were condoms, but was too embarrassed to stop him filling his pockets with ‘mints’ to eat later.

Dad was very disapproving of Killing Kittens but Mum understood why I was doing it. Her worry was how people would treat me. She heard one of my uncles telling my cousins not to go near me because I was a bad influence and had to defend me.

Three years after the divorce, my brother and I signed her up to online dating. It was a crazy time. She was so busy with work as well as constantly rushing off to see her parents who were going downhill with dementia – Nanny would be found wandering around Bournemouth in her nightie. At the same time, Mum was going on disastrous dates. But it was through online dating she met her partner, Nick. I was beyond happy when she told me, ‘I’ve found my Mr Darcy.’

Now she’s retired and she and Nick are having a whale of a time. She’s written a book about her experiences, which has been hugely therapeutic for her, though I haven’t been allowed to read it yet.

It’s been wonderful to see Mum realise that she is worthy of love and friendship, and that finding herself single in her 50s wasn’t the end – it was the beginning of the happiest time of her life.

Maly Sayle, 69, is a former events manager for the Royal Marsden Hospital and first-time novelist 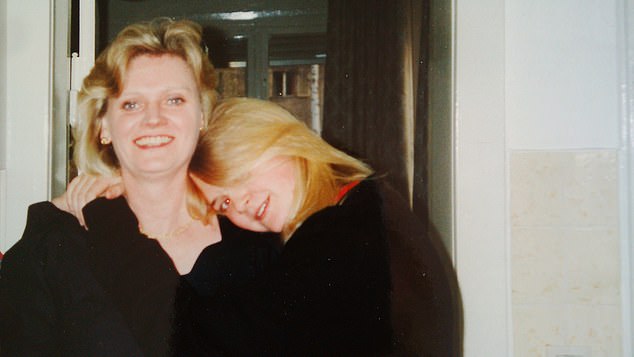 Emma’s speciality has always been her ability to stand up to people. If her father ever bullied her siblings she would stand between them and say, ‘Don’t talk to them like that!’

Emma was definitely a little nervous when she first ran the idea of Killing Kittens past me. It was fine with me, but I said, ‘You’re going to lose friends – and whatever you do, do not cross the line and join in.’ It wasn’t an easy time, but once your children reach a certain age you have to allow them to make their own decisions.

We had such laughs living together. Her flat was full of wonderful people that I would never have been able to talk to if I was still married. Once my sister and I found ourselves making a cake in the shape of a penis for one of her events.

I never attended any of Emma’s parties but I did go on plenty of nights out with her. There was one shameful night when I got very drunk at a dinner. I was sitting next to one of her handsome friends and told him how gorgeous he was. He offered to walk me home but Emma said, ‘You will not!’ She took me home, gave me a glass of water, put a bucket by the bed and said, ‘You’re grounded now!’ Every time I opened my eyes the room spun and I saw myself surrounded by bottles of champagne, masks and condoms. I thought, ‘Whatever’s happened to the good little army wife?’

Emma even let me become an honorary member of the Sisterhood, the all-female group she’d set up, which briefly included her old schoolfriend Kate Middleton. It raised money for charity through events such as marathons. They called me ‘the mothership’.

I accompanied them to Venice for a dragon boat race and just couldn’t stop sobbing – I couldn’t get over my freedom.

Emma looked after me, but I looked after her, too. For a while she was engaged to [cricketer Sir Ian Botham’s son] Liam Botham, whom I loathed. She was invited to a party and was going to take some friends. Just like my ex would have done, Liam told her she couldn’t go.

She was shaking when she was talking to him and about to cave in, so I called him and said, ‘You’re a bully. You seem to have leant on your father’s name the whole of your life and you need a reality check.’ Emma went to the party. They broke up shortly afterwards.

In contrast, Emma’s husband – Olympic hockey player James Tindall – is the loveliest man. He’s quite happy to stand in the background but if Emma says, ‘I need someone to dress up as Batman tonight for a party,’ he’ll dress up as Batman. 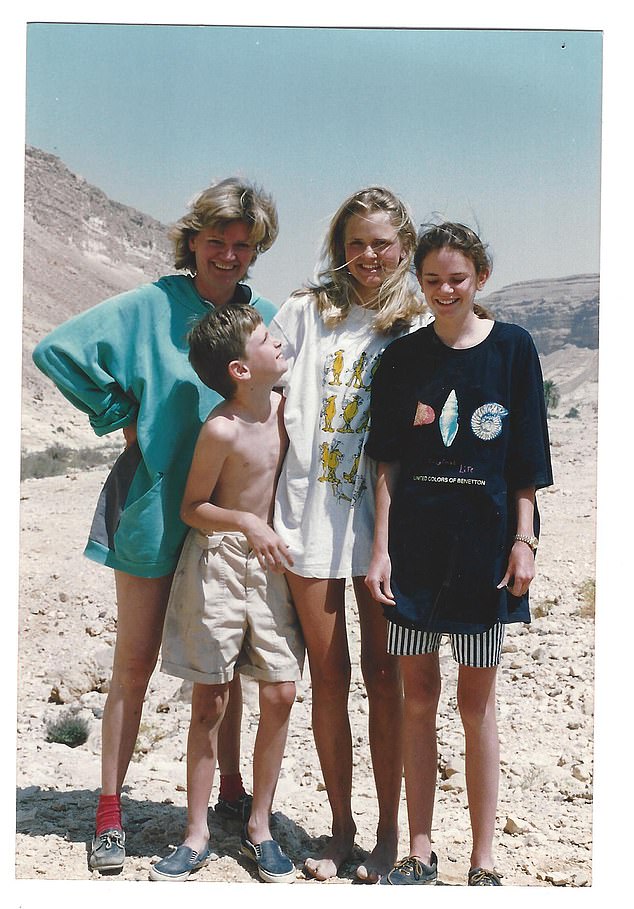 Maly with Emma, Georgie and Jonjon in Cairo, 1993

I couldn’t have been more thrilled when Emma became pregnant with Raffy, now five, followed by Lily, three, and Maly Jean, one. With so much on her plate Emma was struggling so I moved from London to Surrey near to her home to help out. Her work’s never stopped – even during lockdown she was frantically moving Killing Kittens parties on to Zoom.

I thought Killing Kittens would be a flash in the pan, but 15 years later it’s still thriving. Now Emma’s becoming a champion for abused women, launching her campaign Hiit Against Hit where people were encouraged to post videos of themselves working out online to raise funds for Women’s Aid.

People still make snide comments but James and I agree we see the Emma no one else does – an Emma who has a very soft side and who, underneath her cool façade, is actually quite shy.

Maly and Emma in three

Maly: She likes to be in control – it’s ‘my way or the highway’!

Emma: She gets bogged down in things that are not her problem.

Maly: Her wedding day. Everyone stood up and sang the Beach Boys’ ‘God Only Knows’ as a surprise. It’s the only time I’ve ever seen Emma cry.

Emma: When we were living in Berlin and the Wall came down. Much to Dad’s disdain, Mum organised army trucks to carry supplies from West Berlin to Russia. I went with her and we had such a laugh. It was the first time I saw her as she really was.

Don’t Bother to Dress Up by Maly Sayle will be published by Matador at £9.99 on 28 August