Mother’s fury at ‘watered down’ plans for Ellie’s Law

THE mother of a teenager knifed to death by her ex-boyfriend has condemned the ‘watering down’ of justice system reforms she campaigned for.

Ellie Gould, 17, was found in a pool of blood in her kitchen after sixth-former Thomas Griffiths stabbed her at least 13 times before calmly returning to classes. Griffiths was 17 when he carried out the attack in May last year.

Ellie’s parents, Carole, 50, and Matthew, 53, have campaigned for a so-called ‘Ellie’s Law’, which would see young offenders treated more like adults if convicted of murder.

Ellie Gould, 17, was found in a pool of blood in her kitchen, after being stabbed at least 13 times

But Mrs Gould said she would now stop her daughter’s name from being associated with the proposals after Justice Secretary Robert Buckland admitted the reforms would not make any difference to crimes such as the Griffiths case.

Mr Buckland presented his sentencing White Paper – which aims to strengthen punishments for violent youth and adult offenders – on Wednesday. But in a phone call to Mrs Gould, he admitted the sliding scale of minimum tariffs the couple had been campaigning for – with higher starting points applicable the closer a defendant is to adulthood – would apply only to offenders who take a lethal weapon to the scene of the crime.

In Griffiths’s case, he grabbed a knife from Ellie’s kitchen after trying to strangle her because she had dumped him the night before. He then placed her hand on the weapon’s handle to make it appear as if the wounds were self-inflicted. 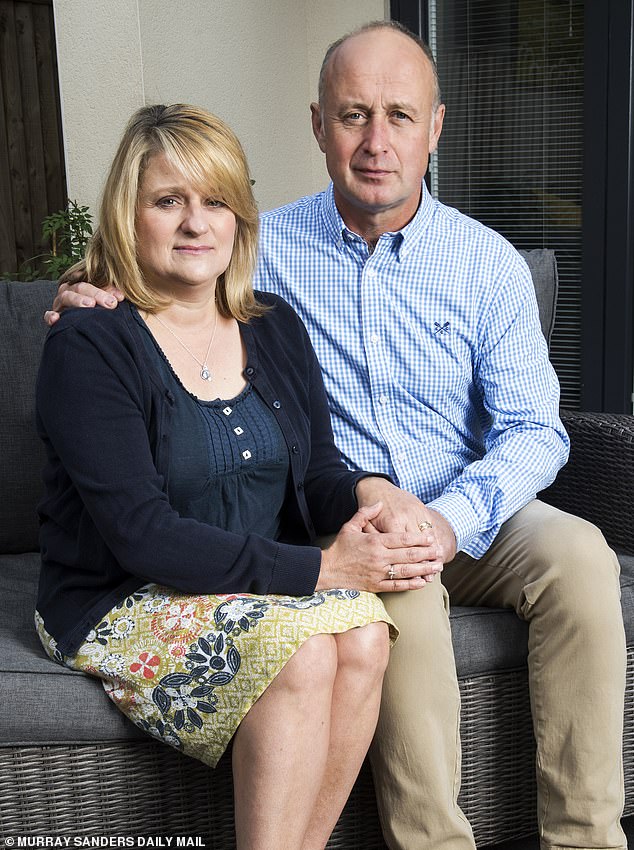 Ellie’s parents, Carole, 50, and Matthew, 53, have been campaigning for ‘Ellie’s Law’

Mrs Gould said Mr Buckland’s admission was a ‘kick in the teeth’, and she has written to her Tory MP, James Gray, to insist Ellie’s name ‘be removed from these proposals’ if the White Paper is not amended.

‘We couldn’t believe what we were hearing when Mr Buckland confirmed the new legislation wouldn’t apply to somebody like Griffiths. I feel like we have been used, with Ellie acting as the poster girl for legislation which would not have helped in her case. We are so deflated.’ 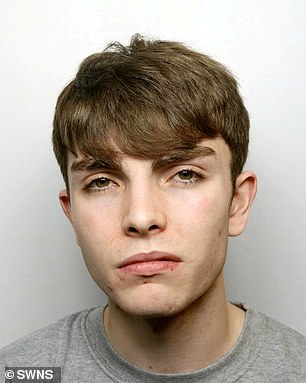 But Mrs Gould said she also wanted to highlight a ‘little known’ provision which allows youth offenders to apply to have their minimum term reduced under certain circumstances, such as if a judge decided that they had made ‘exceptional progress’ in prison.

Earlier this year, Ryan Herbert, 28, who battered a 20-year-old woman to death in a Lancashire park in 2007 because she was a goth, had his minimum term reduced by a year on those grounds. Herbert was 16 at the time of the attack.

Mrs Gould said she was told by Mr Buckland that his reforms will mean offenders get only one opportunity to seek a review of their minimum term, instead of the current provisions which allow one review every two years once the halfway point of the tariff is reached.

Mrs Gould said the change was ‘better than nothing’, but added: ‘The loophole which allows an offender to have that term reduced should not exist at all.’

A source close to the Justice Secretary said the White Paper proposals were a ‘first step’, adding that policy work was continuing.