Mother’s heartbreak after her son, 4, died 24 hours after hospital discharge

A mother has been left heartbroken after her four-year-old son died from suspected sepsis less than 24 hours after being sent home from hospital.

He spent two days on a ward but was discharged on Sunday hours before his blood tests were returned with the family claiming they showed something was ‘not right’.

Sheldon’s condition deteriorated at home and the youngster was unable to stand, dizzy, had pain all over his body, had diarrhoea and was being sick.

Miss Farnell rushed him back to hospital where he was put on life support, but he died on Monday morning. 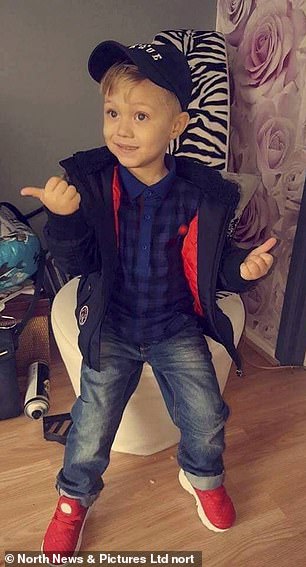 Sheldon Farnell, four, pictured right and left with uncle Daniel Robson, died of suspected sepsis less than a day after he was discharged from hospital in Sunderland 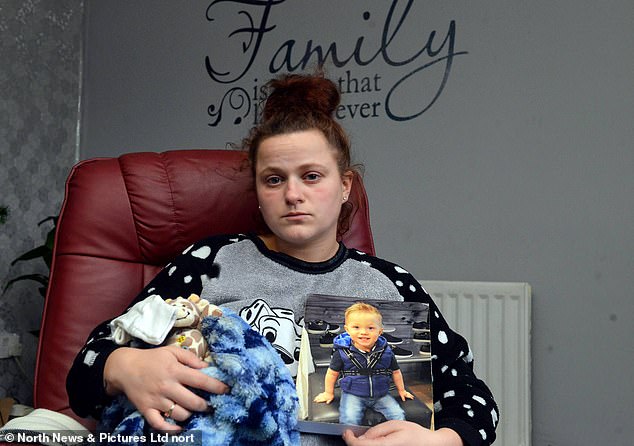 His mother Katrina, 23, pictured, is demanding answers as to why her son was discharged after spending two days in Sunderland Royal Hospital with a viral infection

His grieving mother said: ‘I blame the hospital for Sheldon’s death. They should have saved him.

‘If they had given us his blood test results in an hour like they said he would still be here.

‘My little boy died. They couldn’t care less…  doctors and nurses are meant to help people not fob them off. He was in so much pain and they didn’t do enough.

‘They came in on Sunday morning to say he had a viral infection, gave him an iron infusion and said we could take him home, and to give him Calpol if I thought he needed it.

‘I asked them to check his back again. A doctor came in touched his back and said it was okay.

‘He was talking rubbish, he was shaking and his arms and face were swollen. I asked them to check the needle in his foot because he said it hurt and the nurse said it doesn’t hurt once it’s in but Sheldon was crying.

‘I knew he wasn’t well. I didn’t want to go. They shouldn’t have let him go. They practically let my baby boy die.’

She added: ‘Sheldon was my life, he was my world. I should have been spending money to give him a good Christmas but now I will be spending on a funeral. All I can do is to get justice for him now.’ 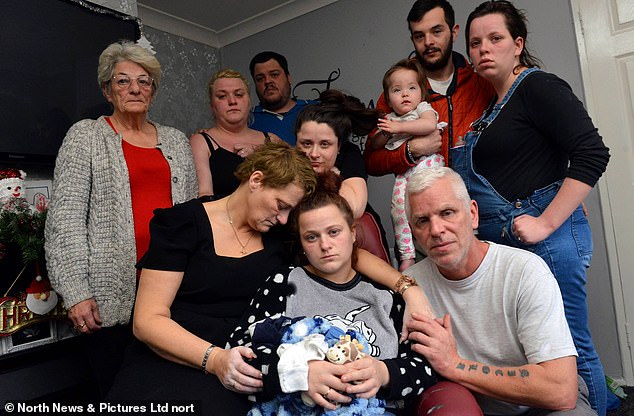 Sheldon’s family, pictured, described him as a ‘joyful little boy’ and the ‘star of their lives’

Miss Farnell  said she felt ‘fobbed off’ because she is a young mum, saying: ‘Whenever my mum was in the room they would address her, not me, as if she was his mum.’

‘He went on life support and his heart just stopped and they tried to get him back.

‘They were doing heart massages and his pulse was so slow and then it stopped again.

Sheldon’s grandfather, Gary Farnell, said: ‘He had the rest of his life ahead of him and it has been taken away from him.

‘I used to say to him ‘God help you when you get older and the girls are chasing after you’.

‘He was a bonny little boy and he loved everyone. He was the most polite little boy.

‘He loved everybody and he adored everyone. We’re a close family and we’re always together and we’ve just lost the best thing in our lives.

‘The house is just too quiet now.’ 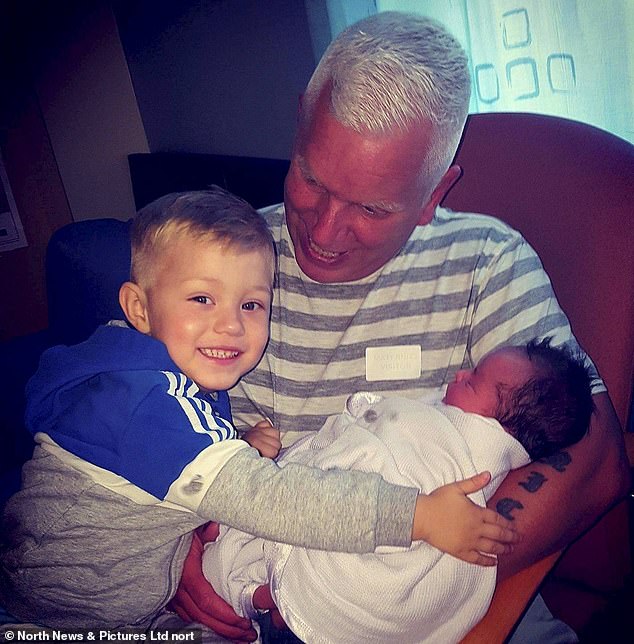 Grandfather Gary Farnell, pictured with Sheldon and cousin Violet-Mae, said the house is ‘too quiet’ after his death and added Sheldon should not have been sent home until the results of blood tests came back

The close-knit family have gathered at Gary and Nicola’s home in Houghton le Spring, Sunderland, where Miss Farnell lived with Sheldon, to support each other and grieve.

They said Sheldon will be missed by all who knew him including his best friends Jack, nine, and Olly, four, who are the children of Katrina’s partner Holly Keegan.

Sheldon’s aunt, Rachael Farnell, who Sheldon used to call ‘Aunty Hurry’, said: ‘He would take the mick out of you in any little way possible – he’s exactly like mam in that way.’

His uncle and Rachael’s partner, Daniel Robson, who Sheldon used to call ‘Uncle Havier’, said: ‘The doctor had come round and taken samples of blood on Friday – they told Katrina they would be back in an hour with his results.

‘She kept asking every hour but nothing came back, [the results] didn’t come back until Sunday night and in the meantime, Sheldon had been discharged.’

‘He’d had a lumbar puncture and he couldn’t even walk – for that alone he shouldn’t have been discharged.

‘He did have all the signs of sepsis. He was yellow, he was being sick and he had diarrhoea.’

Concerning blood results came back after Sheldon, who attended Nesham Nursery in Houghton, was discharged.

Sheldon’s grandfather said the family are now demanding answers from hospital bosses over what happened. 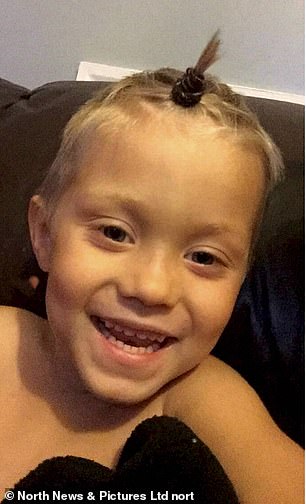 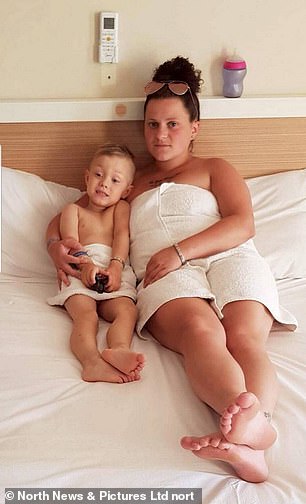 Sheldon, pictured left and right with uncle Daniel Robson, was suffering with symptoms including vomiting, diarrhoea, dizziness and being unable to stand

He said: ‘He should never have been sent home at least until they got them blood tests.

‘We’ve lost our beautiful grandson. He was the star of our lives. We’re just broken hearted all of us – he just made everyone laugh.’

An inquest to determine the cause of Sheldon’s death will be opened in due course.

Ian Martin, Medical Director at City Hospitals Sunderland NHS Foundation Trust said: ‘We offer our heartfelt condolences to Sheldon’s family for their tragic loss and are offering all the support we can to his loved ones at this very sad and difficult time.

‘Due to patient confidentiality, we are unable to discuss details of Sheldon’s treatment, however we can confirm that we have already started our robust internal review process so that we can fully understand the circumstances around his care.

‘As with any unexpected death, the coroner will also be undertaking a full and thorough investigation and we are offering our full co-operation and support of this process.

‘We will continue to keep Sheldon’s family fully updated and are unable to comment any further at this time.’