The grieving mother of a rising rugby league star who took his own life has opened up about her heartbreak in an emotional and chilling public plea to other parents.

He tragically ended his life just hours after celebrating Australia Day with mates in his hometown of Mackay and was days away from celebrating his 19th birthday.

Months earlier, he made his under-20s Toyota Cup debut for the Cowboys, was co-captain of the Queensland Maroons under-18s side and selected to represent Australian ‘Schoolboys on a UK/France tour before being ruled out due to injury.

Four years on, time hasn’t healed the heartbreak for his mum Angela Grieve, who has penned a heart-wrenching open letter to other parents in the Catholic Weekly.

She wrote the letter in the hope it will benefit someone else and stop other parents feeling the same devastation of losing a child to suicide.

She begged parents to ‘really listen’ to their children and to trust their gut instinct. 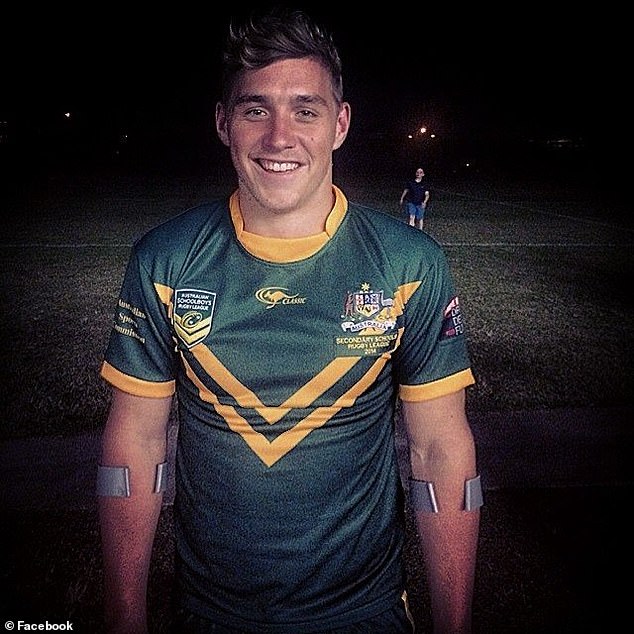 Despite an ankle injury, Regan (pictured) had been selected for the Australian Schoolboys side in 2014, months before he took his own life

‘The one thing I’ve learnt about suicide is that it can happen to anyone,’ Ms Grieve wrote.

‘If I can ask you to do one thing today, it is to give your children a big hug and let them know how special they are. Let them know that they can come to you to talk anytime and please, when they do, listen.’

Ms Grieve also opened up about her son’s battle with depression following a series of personal setbacks.

They included an ankle injury and surgery which ruled him out of the Australian tour of England and France, a close family friend being diagnosed with a terminal brain tumour and missing out on the marks Regan needed to study dentistry. 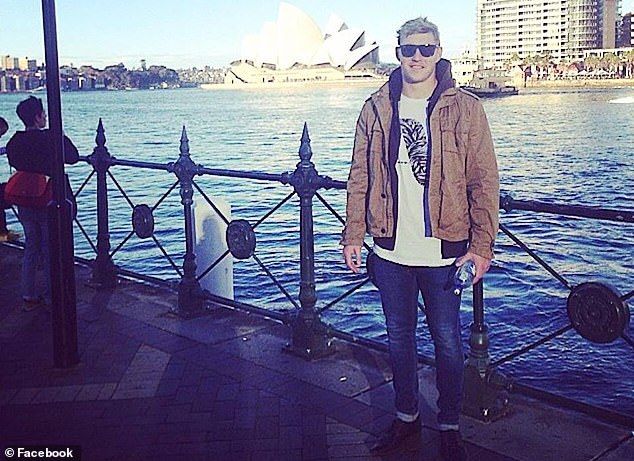 Angela Grieve has opened up about her son Regan ‘s battle with depression in a heartfelt open letter to other parents, where she begged them to listen to their children

Ms Grieve realised her only son was struggling when he made the first attempt to end his life on January 3, 2015.

Regan assured her it was a stupid, spur-of-the-moment thing and that he was fine and would seek help.

‘To everyone else looking in, he had it all. He was a leader, good looking, intelligent and by all accounts had a bright future in rugby league. He had charisma that drew people to him and therefore had many mates. But what no-one saw was the battle he was fighting with his mind,’ Ms Grieve wrote. 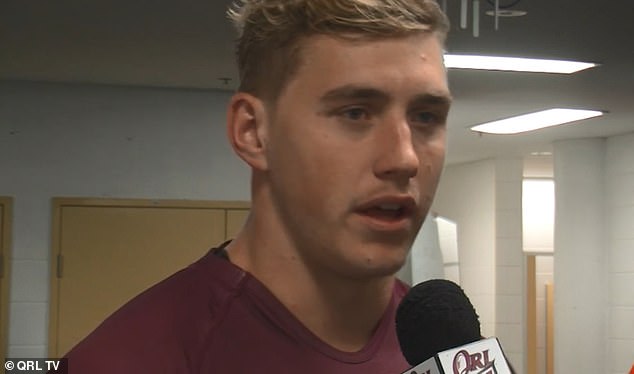 ‘We all think this is something that happens to other people but you need to know that this can affect anyone. Our children are so precious and letting them know they can talk to us about anything is really important.’

Regan was one of five NRL contracted players who ended their lives within months of one another.

The Cowboys were rocked by another tragedy when Fotu ‘Francis’ Winterstein took his own life less than two months after Regan’s death before going on to win their maiden NRL premiership that year.

At the time, Ms Grieve called on the NRL to address the growing rate of depression among players as she recalled her son’s final hours. 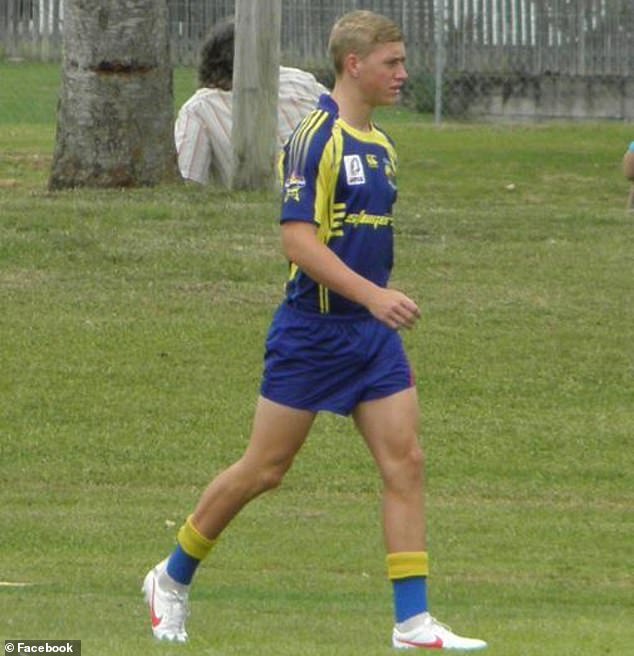 ‘He told everyone that day, ‘I’m feeling great. His mates still have photos of him from that day and he’s smiling in all of them,’ Ms Grieve told The Sunday Mail in 2015.

‘I think he was happy that morning because he knew the cloud over him was going away.’

Ms Grieve’s gut-wrenching letter for Catholic Weekly caught the eye of Cronulla Sharks NRL star Josh Dugan who opened up about his own personal battle with mental health this week.

‘Heartbreaking to read but a chilling message everyone needs to read and see. Mental health does not discriminate #ItsOkNotToBeOk,’ he tweeted. 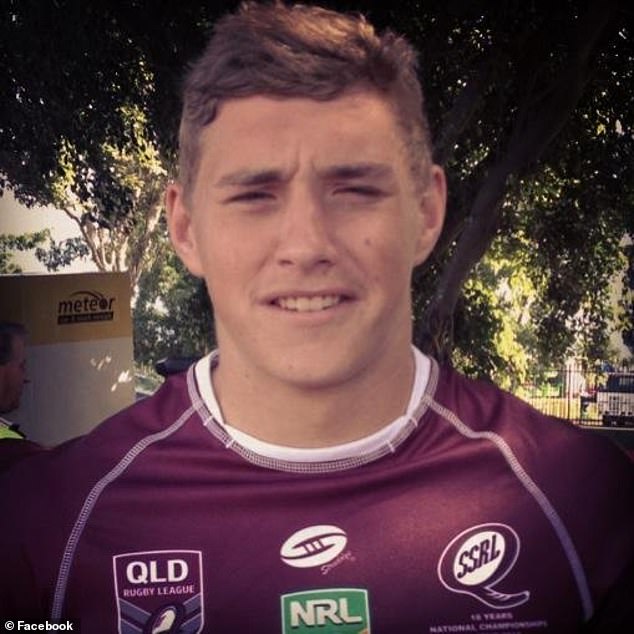 The North Queensland Cowboys under-20s player had been battling depression and attempted to take his own life on January 3  2015. He was dead within four weeks