Motorcyclist cheats death by leaping into a ditch

This is the heart-pounding moment a motorcyclist leaps into a ditch to save his life as a dustbin lorry crashes into the road and crushes his bike.

CCTV footage captured Rayong, eastern Thailand, shows the fully-loaded dustbin lorry travelling to the depot when it loses control on a bend and crashes into a silver Toyota pick-up truck moving in the opposite direction on August 1.

It then topples towards the motorcycle rider Chawanan Yingmeesub, 15,  who manages to jump out from under the falling vehicle and land into a grass ditch.

Motorcyclist Chawanan Yingmeesub, 15, spots the oncoming lorry heading towards him in Rayong, eastern Thailand,  on August 1 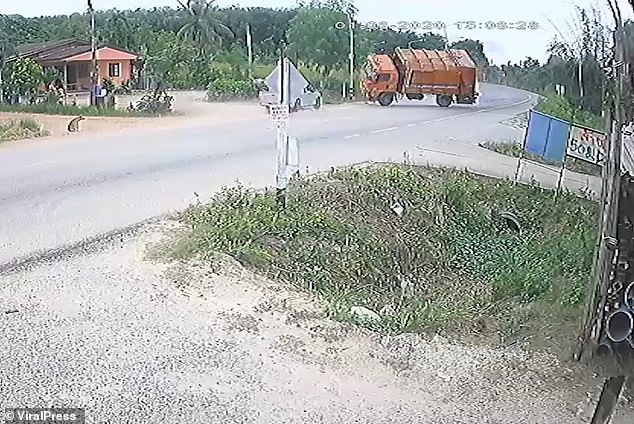 During the clip, the lorry speeds along the road before losing control as it comes around a bend.

The vehicle crashes into an oncoming pick-up truck and begins to skid along the road as it overturns.

Noticing the oncoming hazard ahead, Mr Yingmeesub skids on his motorbike to avoid crashing directly into the vehicle and manages to leap into a grass ditch.

Following the incident, residents arrived at the scene of the crash and called the emergency services.

Dustbin lorry driver Mongkol Khlachalard, 29, had cuts and bruises after his truck flipped and bounced on the road three times in total. 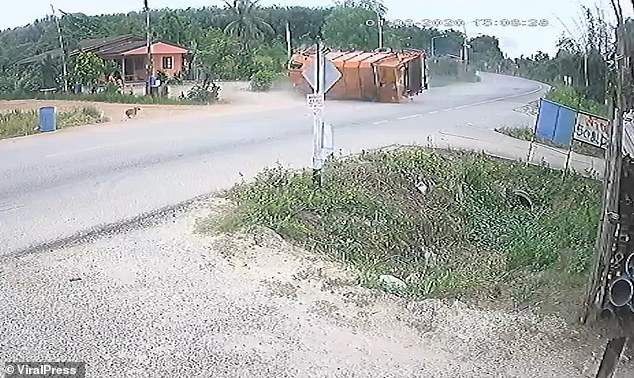 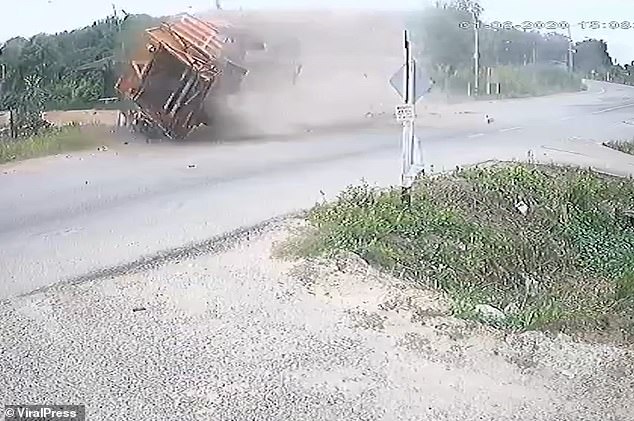 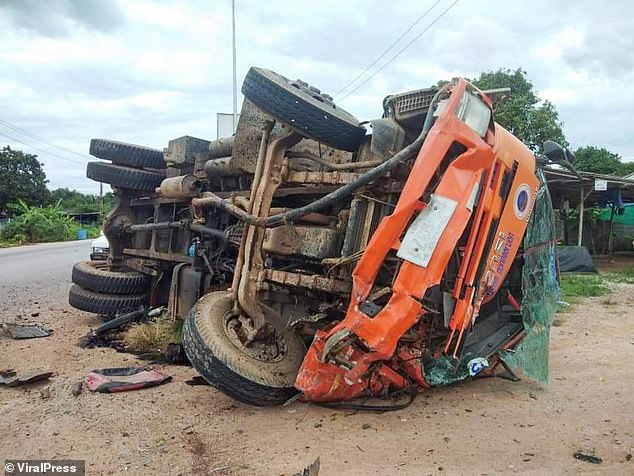 Another passenger from the garbage truck was treated at the scene but was unhurt and did not need hospital treatment.

Local police said all damage payments will be further discussed between all subjects.

The police officer said: ‘The rider survived but he suffered a broken collarbone from where he fell. He is in hospital and still receiving treatment.

‘He said he survived because he saw the truck falling over and rolled out of the way of the crash. He was also wearing a lucky Buddhist amulet which helped to protect him.

‘When I watch the CCTV I am still amazed that he survived. It was very, very lucky.’ 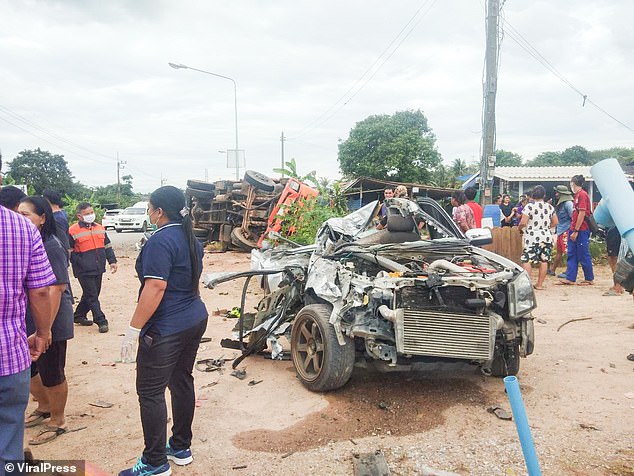 The pick-up truck (pictured after the crash) hit an electricity post after colliding into the lorry. Its driver was taken to hospital following the incident