Motorhomes, with their own Covid bubble, have never been more in demand – here’s our pick of them

Often seen in America, land of the quirky bumper sticker, one popular message says: ‘On an adventure before dementia!’

This is accompanied by a picture of a campervan and is just one of many such self-deprecating stickers, which also include ‘Motorhomes before nursing homes!’ and ‘Movin’ as fast as I can!’ — next to a cartoon of an aged- looking snail.

But all this is changing. Since way before the pandemic, motorhome holidays have been taking off among younger travellers attracted by fashionable vintage campervans as well as increasing comforts (double beds, power showers, flat-screen TVs and advanced entertainment systems) and reasonable prices.

On the road again: There are some 225,000 motorhomes on UK roads now

‘They became cool,’ says Louise Wood of the National Caravan Council, a body that promotes ‘leisure vehicles’ including motorhomes in the UK. ‘It’s the idea of heading off in a 1960s Volkswagen T2 that has appealed.

‘They are also great for sports and hobbies. Surfers love them, so do walkers, climbers, cyclists: outdoorsy people.’

Celebrity endorsements across the pond have not hurt, with the likes of actors Sean Penn, Matthew McConaughey and Drew Barrymore falling for the lure of holidays on the road, along with the pop star Lenny Kravitz and former President Barack Obama, no less, who has visited Democratic conventions in motorhomes with Michelle and the children.

Louise says the vehicles suit the pandemic because ‘you’re in your own bubble’. 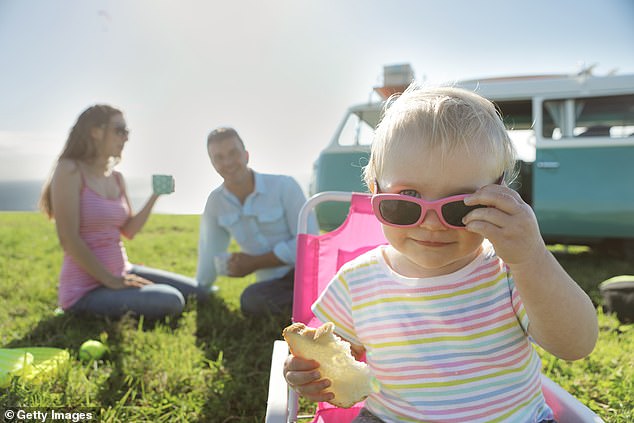 Meanwhile, rental companies report sales up by about 40 per cent year on year. Here’s our pick of what’s on offer…

How about an adventure in one of the colourful vehicles offered by Quirky Campers, which has been going since 2010 under the motto ‘rooms with a thousand views’?

‘Florence’, a Volkswagen campervan with enough space for a family of four, is available from £86 a night in South Pembrokeshire. Explore the countryside and stop off in St Davids to see the magnificent cathedral. 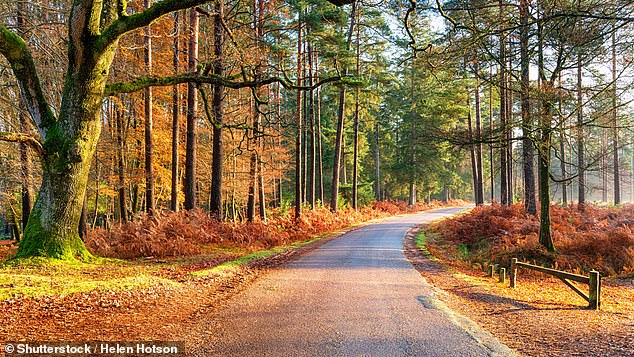 Hire a ‘Trekker’ Fiat motorhome from Just Go and head to a campsite in the New Forest, pictured

Hire a smart five-berth ‘Trekker’ Fiat motorhome with a double bed at the back and another fold-down double bed for an adventure starting in London from rental specialists Just Go.

Head down to stay at a campsite in the New Forest and drop by the National Motor Museum in Beaulieu (beaulieu.co.uk), which has a section on old motorhomes.

With depots in Edinburgh, Belfast and the Midlands, Bunk Campers was established in 2007. A range of vehicles is available, from budget, four-berth Nomad Volkswagens (from £630 a week) to six-berth ‘Grande’ motorhomes with two double beds and two bunks from £826 a week.

Set off to the Highlands in Scotland and enjoy 30 per cent off campsites offered by the Camping and Caravanning Club (campingandcaravanningclub.co.uk). 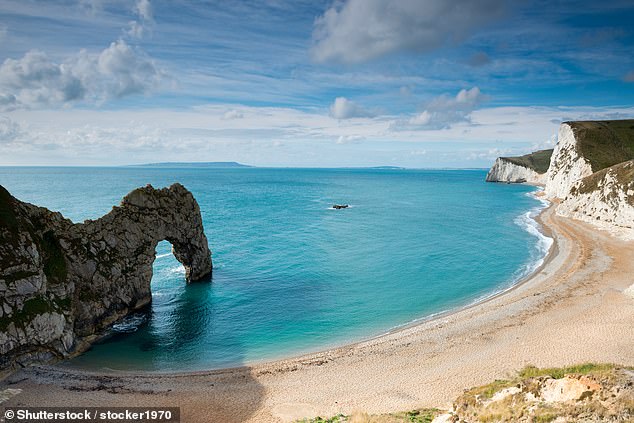 The Jurassic Coast, pictured, is just half-hour drive from Brewery Farm, a campsite in Dorset

Once you’ve already got your vehicle, check out the wonderful array of places to stop off listed by Cool Camping.

For example, stay in the rolling countryside of Dorset at the wonderfully remote Brewery Farm, close to the town of Blandford Forum, from £24 a night. The Jurassic Coast is half an hour’s drive away.

Chappell Camper Rent, based in Wakefield, West Yorkshire, offers motorhomes from just £60 a day, including two-berth VW campervans. See the ‘trip inspiration’ section on its website, which includes the Yorkshire Dales, Devon and Cornwall.

Want to do it in 1960s style? Yescapa offers lovingly restored old VW campervans from £65 a night, or go for something a little swankier such as an Auto-Roller 746 with a big U-shaped lounge and berths for six from £168 a day. Pick-ups available across UK.