Motorists busted texting behind the wheel could soon be slapped with $1,000 fines

Motorists busted texting behind the wheel could soon be slapped with $1,000 fines in major crackdown on distracted drivers

Fines for texting behind the wheel could more than double under proposed laws in Victoria.

The state government’s planned crackdown on distracted drivers would introduce an $1,000 on-the-spot fine, up from $484, in a bid to reduce the road toll.

The Legislative Council’s Economy and Infrastructure Committee will run an inquiry, with submissions open until January 31.

‘Our road toll rose last year, with 266 lives lost. As a community we need to work together to look at why this is happening and what can be done to turn this trend around,’ Committee Chair Nazih Elasmar said.

‘Distractions while driving, such as smart phone use, are a factor in road accidents, so we want to explore what can be done.’

In 2019, 18 per cent of all car crashes across Australia were attributed to driver distraction.

Mollie Kerr’s brother Nathan Kerr was killed in a head-on collision by a drunk driver who was also speeding and texting at the time.

‘I miss him every day. Torn my whole life apart,’ she told Seven News.

She said knowing people continue to text and drive was infuriating.

‘It makes me really quiet angry and disappointed because it puts not only my life at risk but also theirs and everyone else’s as well,’ she said. 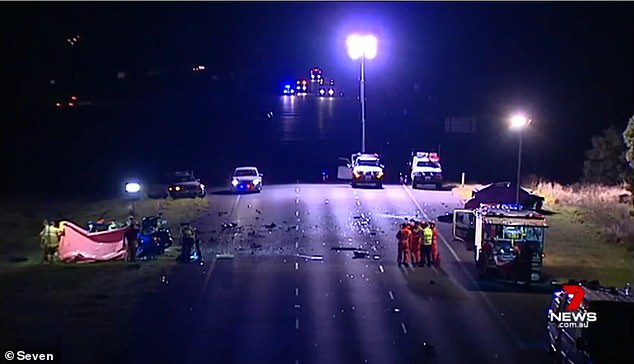 Road Safety Minister Jaala Pulford told the Sunday Herald Sun the spike in road deaths as a result of mobile phone use was having a devastating impact on families.

‘We’ve just had a devastating year on Victoria’s roads and driver distractions such as illegal mobile phone use is a serious road safety problem,’ she said.

RACV spokesman Peter Kartsidimas said the organisation would support any initiative which could help prevent further death on the road.

‘Too many Victorians are dying on our roads unnecessarily. There’s no excuse for using your mobile phone while driving,’ he said.

A study by the Queensland University of Technology found driver distraction accounts for one out of every four car crashes.

‘A person using a hand-held or handsfree mobile phone while driving is four times more likely to have a serious crash resulting in hospital attendance,’ the study read.

Between 39 per cent and 73 per cent of Australian drivers admitted to using a hand-held mobile phone at some time while driving. 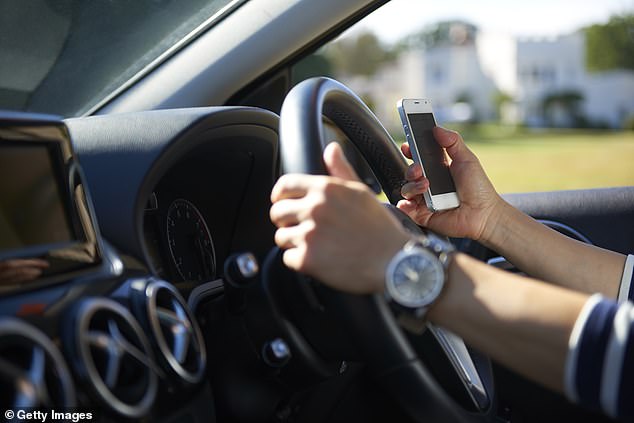