Hero motorists save a woman, 26, from a 14-year-old boy who allegedly tried to rape her as she walked home at 2am

A young female European tourist has manged to fight off a teen who allegedly tried to rape her before Good Samaritan motorists stopped to rush to her aid in Far North Queensland.

A teen boy, 14, has been charged over the alleged assault and attempted rape in Cairns early Saturday morning which was allegedly captured on CCTV.

Police allege the woman, 26, was walking north along McLeod Street alone near some business around 1.45am when she was confronted by the boy.

Police alleged the teen grabbed the woman and assaulted her as she struggled and screamed for help.

‘Luckily, she was able to retaliate and use force against this (alleged) offender and actually strike him back and prevent his attack on her.

‘I’m pleased she was able to do that because had she not used such resistance, perhaps he would have been able to fulfill his intent.’

Motorists passing by heard the distressed woman’s screams and stopped to help and called police.

Her alleged attacker fled the scene before they arrived.

The young tourist, who has been living in Cairns for two years on a work visa suffered minor injuries to her legs and arms.

Detectives launched an investigation and after reveiwing CCTV footage of the alleged assault, arrested a boy, 14, on Sunday afternoon.

He was charged with assault with intent to rape, attempted rape and sexual assault and refused bail to appear in Cairns Children’s Court on Monday. 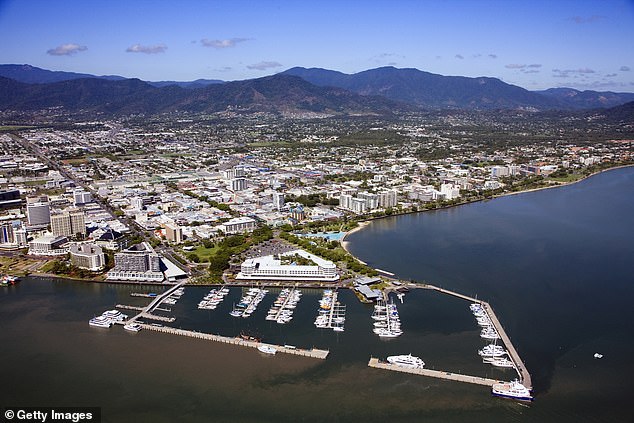 A teen, 14 has been charged with the alleged assaulted and attempted rape of a woman in Cairns in the early hours of Saturday