MOTs in Northern Ireland have been suspended indefinitely over concerns about the safety of equipment at test centres.

An investigation revealed that 48 out of the 55 vehicle lifts at garages in the country were found to be defective.

The Driver and Vehicle Agency (DVA) responsible for MOTs in Northern Ireland has taken the decision to halt testing until it can guarantee the safety of the lifts – and has warned it could take weeks, or possibly months, until they are replaced.

MOT suspension: Tests of passenger cars in Northern Ireland have been suspended after lifts at garages were found to show signs of cracking and deemed unfit for use

A recent inspection of vehicle lifts at test centres was carried out by the DVA after concerns were raised about their condition.

It found that 87 per cent showed signs of cracking and were deemed unfit for use.

Until the lifts have been repaired or replaced, all MOT tests of passenger vehicles have been suspended from Monday.

Tests for buses and HGVs are continuing as normal, but the DVA has instructed owners of all other vehicles with an MOT booked in Northern Ireland on Tuesday 28 January not to attend.

While the DVA said that more cancellations were ‘very likely’, the cost associated with installing new lifts could see them backed up for weeks, or even months.

Lifts used for MOTs in Northern Ireland are provided by one supplier for the DVA.

This is different to the rest of the UK where certified garages can use their own equipment, which is regularly inspected by the the Driver and Vehicle Standard Agency to ensure it is in order.

Paul Duffy, chief executive of the agency, said each one could cost £30,000 to £40,000 to replace after an insurance inspector on Monday deemed repairs to cracked lifts were not sufficient.

Mr Duffy has apologised to all those affected but said safety was his priority.

In a statement, he said:’ To ensure the health and safety of staff and customers, and as a precautionary measure, DVA has suspended all MOT testing for cars and light vehicles with immediate effect. Tests on heavy goods vehicles and buses will continue.

‘The DVA recognises the considerable inconvenience and disruption this will cause for many people and sincerely apologises that it has been unable to rectify this situation more quickly.

‘Given the urgency of this situation, we are asking the public to follow media, social media channels and nidirect for updates. Staff will also be kept fully informed by their centre managers.’ 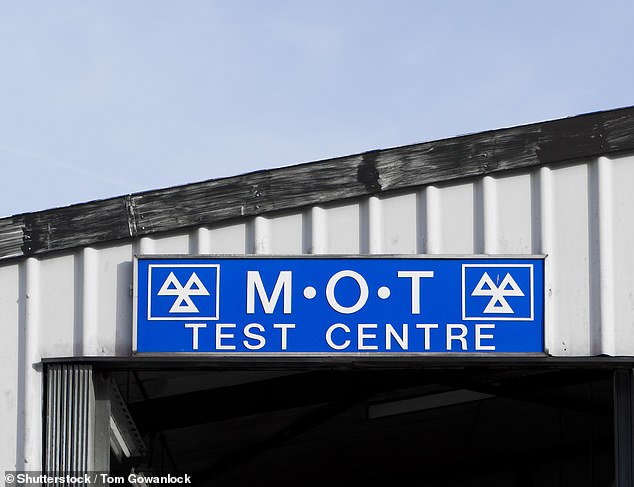 While the suspension is in place, the DVA will issue MOT exemption certificates to cars that are due to be tested. These will last for four months so motorists are able to drive their vehicles.

However, the exemption certificates will not be issued for four-year-old cars.

That’s because of different MOT rules compared to the rest of the UK where cars are tested for the first time after three years.

In Northern Ireland, a car is first tested after four years.

That means a vehicle due to have its first MOT test will not have a certificate to extend. 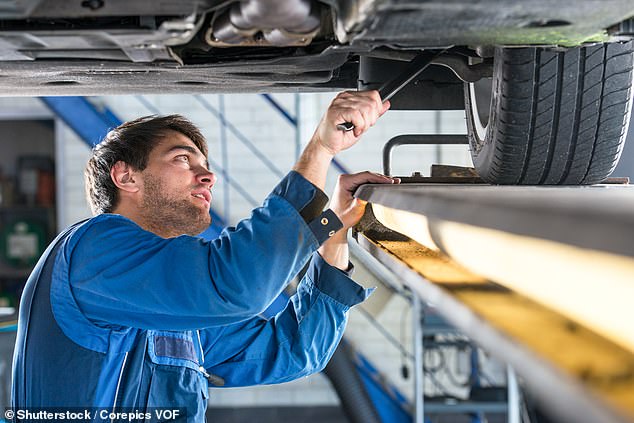 Mr Duffy said the heavy goods vehicle lanes at test centres would be used for four-year-old cars, and the DVA would begin processing them on Tuesday.

He added that extended opening hours of centres would be considered to cope with the additional examinations required.

A DVSA spokesman told This is Money that all equipment and lifts used by certified centres in the UK are regularly inspected.

You can find out which cars registered in 2016 were most (and least) likely to fail their first MOT test last year in our in-depth report from the weekend.