A survivor of a deadly Mount Everest expedition in 1996 has died after reportedly falling down the stairs at her Colorado home.

Charlotte Fox, 61, was found by friends at the foot of the stairs in her Telluride home on Thursday night.

She had not long returned from a dinner when she was discovered.

Fox was one of a handful who survived out of a group of 10 as they descended Mount Everest in a deadly blizzard in 1996.

Her chilling description of the disaster and how she thought it would kill her was quoted in Into Thin Air, a book about the disaster. 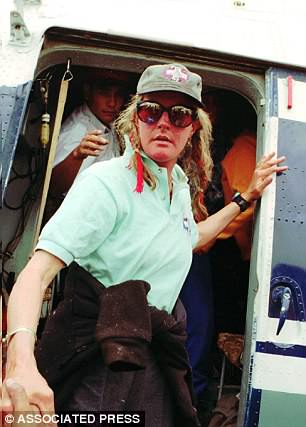 Charlotte Fox, 61, (left in a recent image) died in Telluride, Colorado, on Thursday. She was one of the few survivors of a 1996 expedition to Mount Everest in which eight people were killed. She is seen (right) getting off a plane in Kathmandu after the disaster

She said: ‘I didn’t see how we were going to get out of it alive.

‘The cold was so painful, I didn’t think I could endure it anymore. I just curled up in a ball and hoped death would come quickly.’

On Thursday, she was found by her friend Kim Reynolds who was staying with her to attend the Mountainfilm festival.

They had gone out to separate dinners when Reynolds returned at 10.30pm to find her at the bottom of the stairs.

The coroner is yet to confirm her cause of death but foul play is not suspected.

‘Finding her body was a very shocking and difficult thing,’ Reynolds told The Telluride Daily Planet.

‘We’re used to people dying in the mountains. I’ve lost count of how many friends I’ve lost this way.

‘When someone dies of a long illness, it gives you time to process that; it’s even a blessing.

‘It’s hard to find the blessing in this. It’s a huge reminder of how vulnerable we are; how risk is everywhere. 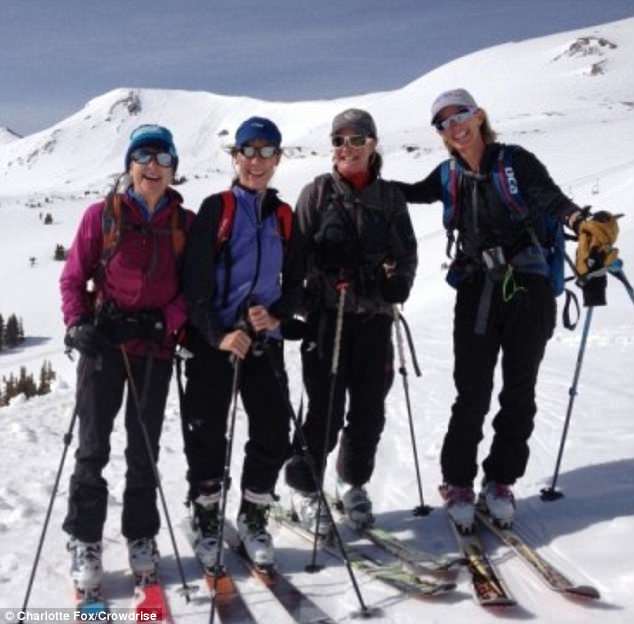 Fox (seen left) carried on mountaineering despite nearly dying in 1996. She is pictured with friends. They are at a loss over her death 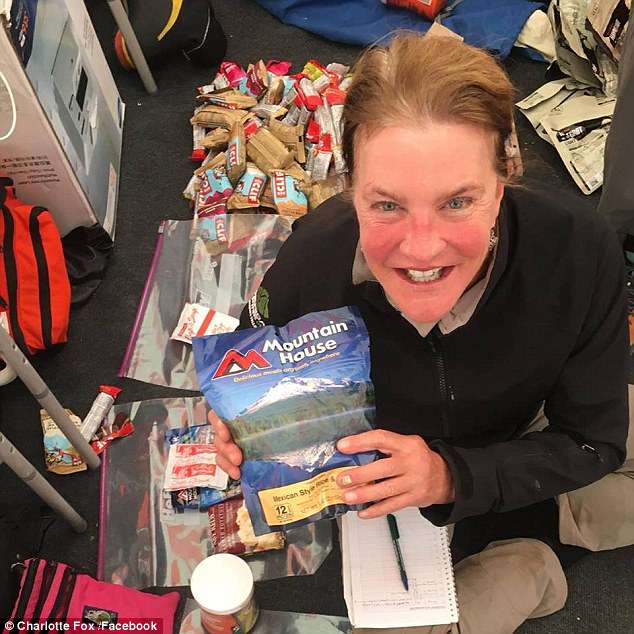 Fox worked as a ski instructor. She was beloved by friends for her work ethic and steely determination

‘You’ve just got to take stock and live your best, fullest life right now, every day,’ she added.

Before they both went out for the evening, Fox told her friend she was happy to have reached her recent birthday.

‘She recently had a birthday, and she told me, “I’m happy to be 61,”‘ Reynolds recalled her saying.

She said the parting statement was like a ‘gift’ to her.

Fox lived alone in her home in Colorado where she had worked for decades as a ski instructor.

Her husband died Reese Martin died in a paragliding accident in 2004.

Reynolds said she was happy it was her who found her and not ‘the mailman’.

‘To be the last person with her, with my hands on her heart, and to remember those last words she said to me, I have to look at it as a privilege instead of a horror. 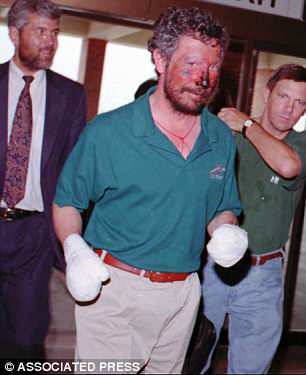 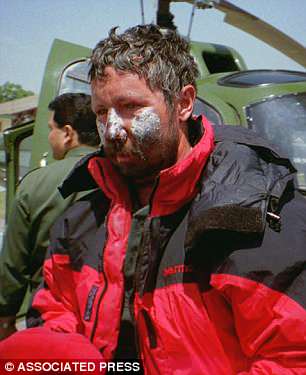 Fellow survivor Seaborn Beck (left) and (right) pictured leaving Katmandu with bandages around his frostbitten hands. He was another survivor

‘I mean, she lives alone: The mailman didn’t find her, and she didn’t lay there for three or four days alone.

‘I got to send her off, with love. People helped me understand that,’ she said.

After surviving Everest in 1996, Fox went on to climb more 8,000 ft peaks than any other American woman.

Her friends say they will remember her just as much for her generosity and work ethic as they will her oustanding mountaineering career.