Mountaineer rescued from Lake district as signal picked up by NASA

A pensioner who got lost mountaineering in the Lake District was rescued after his distress signal was picked up 7,500 miles away by NASA’s mission control.

The 70-year-old, from Liverpool, suffered heat exhaustion near the Ennerdale valley, Cumbria, as temperatures soared to 90F (32C) on Thursday – one of the hottest days of the year.

He activated a personal locator beacon but his signal was only picked up by a response centre in Houston, USA – home to NASA’s mission control and the Johnson Space Center.

After the mountaineer got lost, the mountaineer’s signal was picked up by NASA’s mission control in Houston, USA – 7,500 miles away and the Johnson Space Center 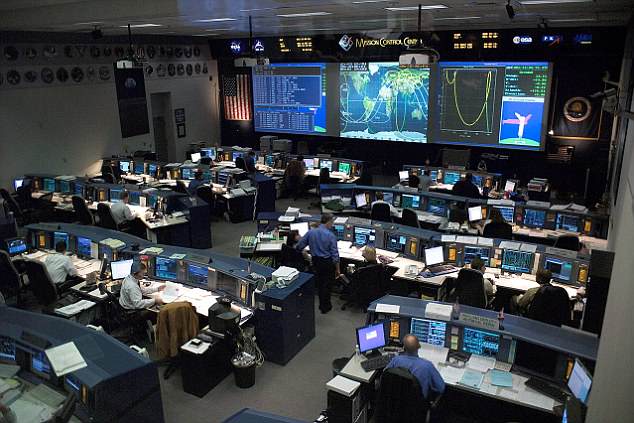 After the team at Houston (pictured in the control centre) realised there was a problem, NASA contacted the personal locator beacon control room in Hampshire 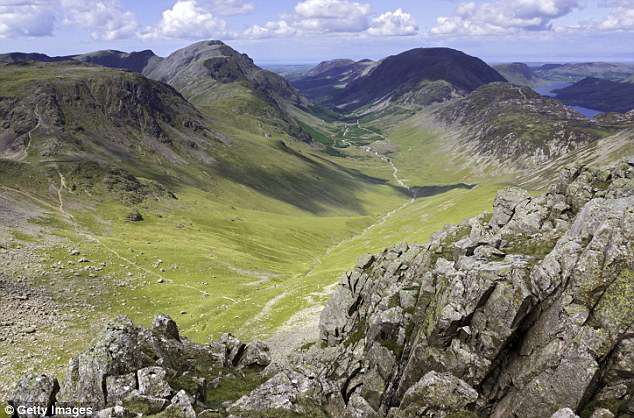 The man, who has not been named, but described as an ‘experienced walker’ was treated in hospital for heat exhaustion. Pictured the Ennerdale valley where he was found by rescuers

After the team at Houston realised there was a problem, NASA contacted the personal locator beacon control room in Hampshire.

The mountaineer who is described as “experienced” was rescued by Cockermouth Mountain Rescue Team in the remote valley after the intervention of police and returned safely to Merseyside.

Mountain rescuers admitted it was one their ‘most unusual’ call-outs.

The man, who has not been named, but described as an ‘experienced walker’ was treated in hospital for heat exhaustion.

A Cockermouth Moutain Rescue Team spokesperson admitted it was one of the teams most unusual call outs, adding: ‘The man was quickly located from the location given by the PLB and stretchered to a team vehicle.

‘From there the casualty was driven down the Ennerdale valley to a waiting NWAS land ambulance at Bowness Knot.

‘The rescue involved 21 members of the team and lasted around 3.5 hours.

‘We’ve not had many call-outs triggered by the activation of a personal locator beacon.

‘All we had to go on initially was a location and the fact someone had triggered a personal locator beacon.

‘It certainly kept our team members in the control room busy, working with the other agencies involved to piece together information that was passed to the team on the hill.’ 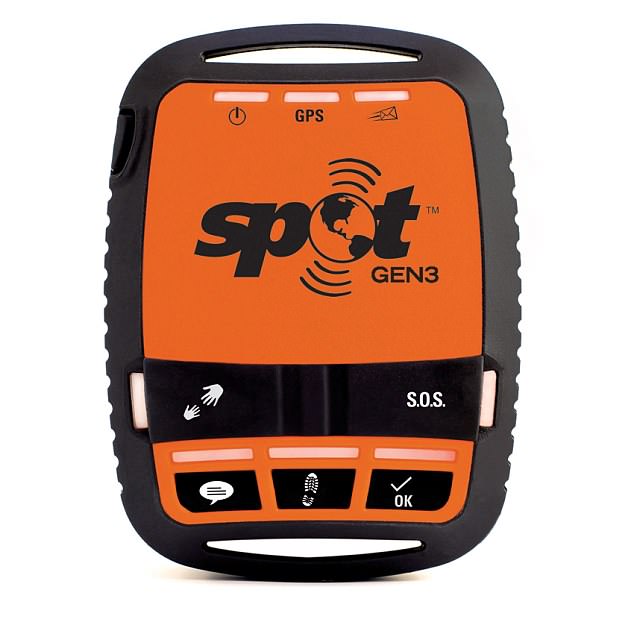 The mountaineer’s distress signal was picked up NASA 7,500 miles away. Pictured a stock photo of a personal locator beacon

It is thought there are about 20,000 personal locator beacons in use in the UK.

They cost on average about £200 and must be registered with the Maritime and Coastguard Agency.

Cockermouth MRT’s Martin Pickavance explained: ‘When the gentleman activated his PLB that signal went via satellite to the International Emergency Response Coordination Centre in Houston.

‘From there it comes to the UK mission control centre at Fareham and on to Cumbria Police and then to us.

Do you know who the mountaineer is?

‘It’s a very very long way round for the message to get to us, but it did get to us and we were able to go and find this gentleman.

‘It’s an international system based on one that has been used by the yachting and boating fraternity for decades.

‘But it’s expanding now and is being used increasingly by people with small aircraft and solo hill walkers in remote areas.

‘So because it is an international system, there is one centre that the message goes to.

‘They then identify where the signal has come from and task the local rescue organisation.’