A funeral has been held for 16-year-old Brianna Rodriguez who was one of nine people who died last weekend at the Astroworld Festival in Houston.

Friends and family members gathered to pay their respects to the teen at a Houston funeral home on Friday, and remembered Rodriguez’s love of music and dancing.

They donned pink in a nod to the crush victim’s favorite color.

Earlier in the week, a separate vigil was also held to honor the teen at her school – Heights High, where Rodriguez was a member of the Redcoats Dance Team.

Mourners gather at the visitation for Brianna Rodriguez, a concertgoer who died in the stampede during a Travis Scott performance at the 2021 Astroworld Festival, in Houston A view of the La Paz Memorial Funeral Home, as mourners gather at the visitation for Brianna Rodriguez Brianna Rodriguez, 16, (left) was a dancer and junior in high school. She was laid to rest Friday Earlier in the week, a separate vigil was also held to honor the teen at her school – Heights High, where Rodriguez was a member of the Redcoats Dance Team

Hundreds of people attended the vigil which was held out on the high school football field.

‘I know you’re not here, but I love you so much,’ Villanueva added.

‘I’m just so thankful for everyone coming out for her and showing support,’ Villanueva said. ‘Because it’s a really hard time and people need it.’

The two said they were close friends with Rodriguez, and her warm personality made people feel more like family. 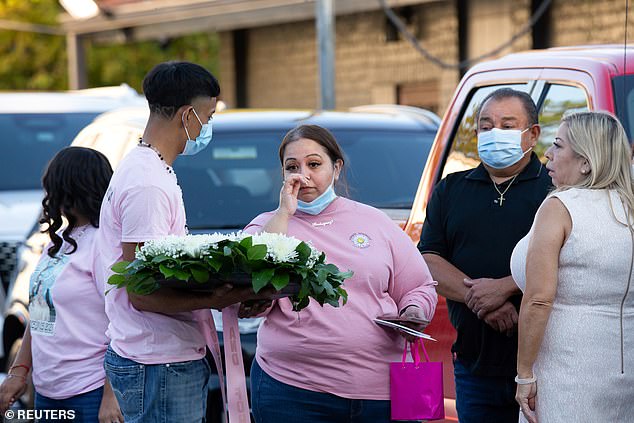 Friends wore pink, Briana’s favorite color, as they gathered at the funeral service 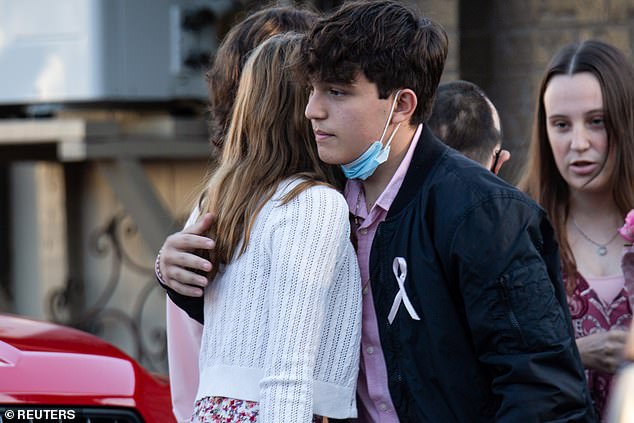 The program saw music, balloons, flowers in her favorite colors together with prayers and tributes reports ABC13.

‘At the very least, the very minimum, what we can do is pray for them support them, and just come and stand with them,’ Houston Mayor Sylvester Turner said. ‘That is what we are doing today.’

Earlier in the week, other victims’ funerals were held. Many of those who attended brought floral tributes with them The funeral home was decked out in pink balloons, flowers and ribbons Family and friends gathered to celebrate the life of Rudy Pena at the Joe Jackson Funeral Home Thursday in Laredo, Texas to say their final goodbyes.

Pena, seen in photos smiling broadly, was remembered by hundreds who said prayers for the 23-year-old.

The first of the funerals for the victims was held on Sunday as Mirza ‘Danish’ Baig was laid to rest.

Baig, who was a manager for AT&T and who was a devoted Dallas Cowboys fan was laid to rest in Colleyville in the Dallas-Forth Worth area reports CBS. Family and friends gathered to celebrate the life of Rudy Pena at the Joe Jackson Funeral Home Thursday in Laredo, Texas to say their final goodbyes 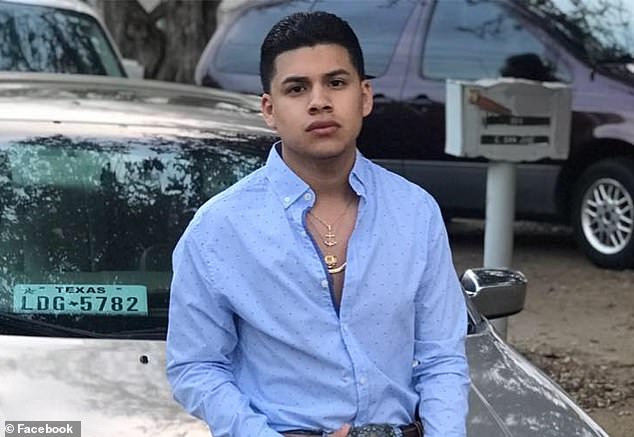 Rodolfo ‘Rudy’ Peña, 23, was an aspiring model and dreamed of one day being a US Border Patrol agent Peña, from Laredo, died of cardiac arrest after being injured at the show 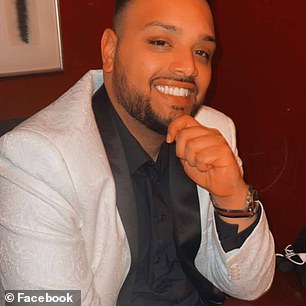 Danish Baig (pictured) was one of the first victims to be buried. He was laid to rest during a Muslim funeral service last Sunday

‘He was an innocent young soul who would always put others before him. He was a hard-working man who loved his family and took care of us. He was there in a heartbeat for anything. He always had a solution to everything,’ his brother, Basil Baig said.

The nine people who were killed ranged in age from 14 to 27. A nine-year-old boy remains hospitalized in critical condition, police have said.

The latest victim of the stampede to succumb was 22-year-old Bharti Shahani, a Texas A&M University computer science student who died late on Wednesday.

On Thursday, Scott asked victims to reach out to him, saying he ‘desperately wishes to share his condolences and provide aid,’ according to a statement.

The rapper had earlier offered to pay for funeral costs and mental health counseling. 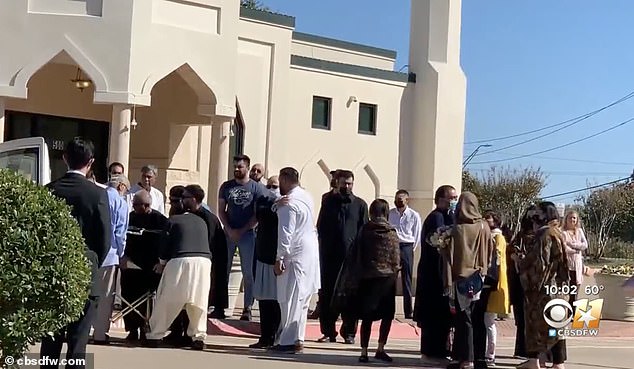 Danish Baig was one of the first victims to be buried. He was laid to rest during a Muslim funeral service last Sunday Bharti Shahani, a senior at Texas A&M, died on Thursday from injuries sustained at Astroworld

Travis Scott and Drake could pay ‘billions’ in damages after a lawsuit involving 150 people injured in the deadly crush at the Astroworld concert was announced.

Powerhouse Texas attorney Thomas J. Henry, father of Liam Payne’s girlfriend Maya Henry, says that he is being contacted by more people ‘by the hour.’

Eight people were killed at the NRG stadium on Friday night, more than 300 people received treatment at an emergency field hospital set up there, 11 others went into cardiac arrest and dozens more were knocked unconscious.

‘More and more injured victims are contacting my firm by the hour,’ said Henry. ‘I believe the damages suffered by its victims could total in the billions.’

Among his clients is 23-year-old concertgoer Kristian Paredes whose complaint accuses Scott and Drake of ‘inciting mayhem’ at the event. Texas-resident Paredes says he was left ‘severely injured’ and is demanding $1 million to cover the costs of his healthcare treatment.

He ‘felt an immediate push’ at the front of the general admission section as Travis Scott got on stage, the complaint said.

‘Many begged security guards hired by Live Nation Entertainment for help, but were ignored.’

The suit, filed in Houston’s Harris County court, claims Scott ‘had incited mayhem and chaos at prior events’ and that ‘defendants knew or should have known of (Scott’s) prior conduct.’

‘As Drake came onstage alongside of Travis Scott he helped incite the crowd even though he knew of Travis Scott’s prior conduct,’ the complaint charges.

He continued to perform even as the ‘crowd became out of control’ and the ‘crowd mayhem continued,’ it added.

He and co-counsel Bob Hilliard filed suit Sunday on behalf of 21-year-old concertgoer Noah Gutierrez, who described ‘a scene of chaos and desperation.’

The lawyers said they expected to file suit on behalf of other concertgoers during the week.

‘We are hearing horrific accounts of the terror and helplessness people experienced – the horror of a crushing crowd and the awful trauma of watching people die while trying unsuccessfully to save them,’ Crump and Hilliard said in the statement.

‘We urge others who suffered physical or emotional injury or witnessed the events of that day to contact us.’