Several hundred mourners have turned out to the funeral of a slain True King underworld figure who was gunned down in cold-blood in front of his girlfriend a week ago.

Amar Kettule was hit with a spray of bullets on a side lane near William Street in Fairfield in Sydney’s southwest about 2.40am on January 10.

Kettule, 34, reportedly extorted money and was a high-ranking member of the True Kings street gang, with police probing whether a feud with rival DLASTHR gang led to his slaying.

Heartbroken family members, the broader community, and police were at St Thomas The Apostle Chaldean and Assyrian Church on Saturday morning to celebrate Kettule’s life.

Men and women alike donned a white shirt with Kettule’s smiling face printed on the front, with the back featuring an Ace of Spades card symbol on it and the words ‘King Ace’ .

Due to Covid-19 restrictions only 100 people were allowed inside the church but that didn’t stop mourners from flooding the driveway and surrounding streets.

Inside the church, immediate family members were seated in the pews wearing face masks as they prayed and remembered Kettule.

Amar Kettule, 34, was shot dead in the street in a suspected targeted attack in Sydney’s southwest in the early hours of Sunday morning 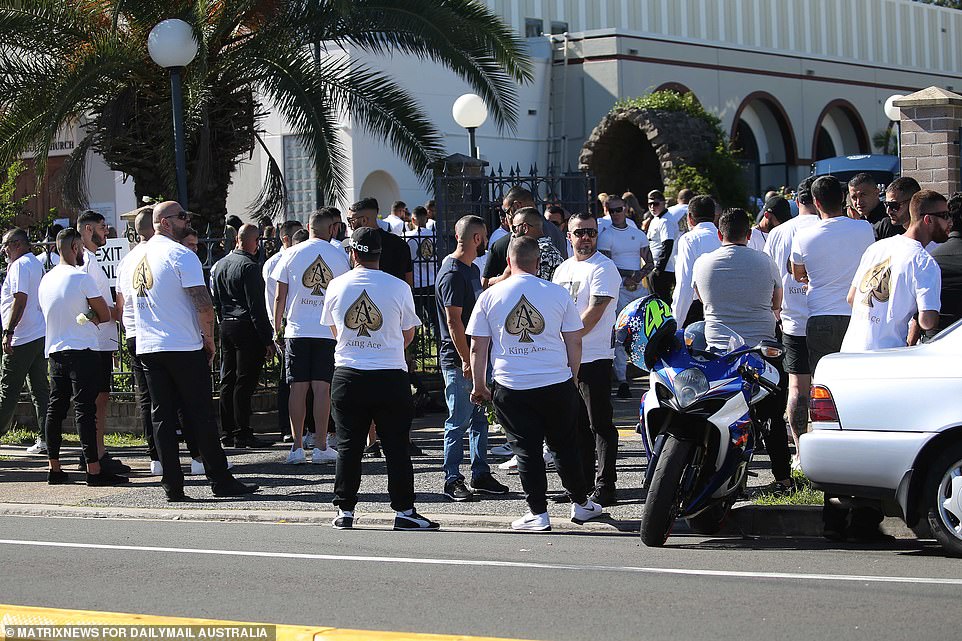 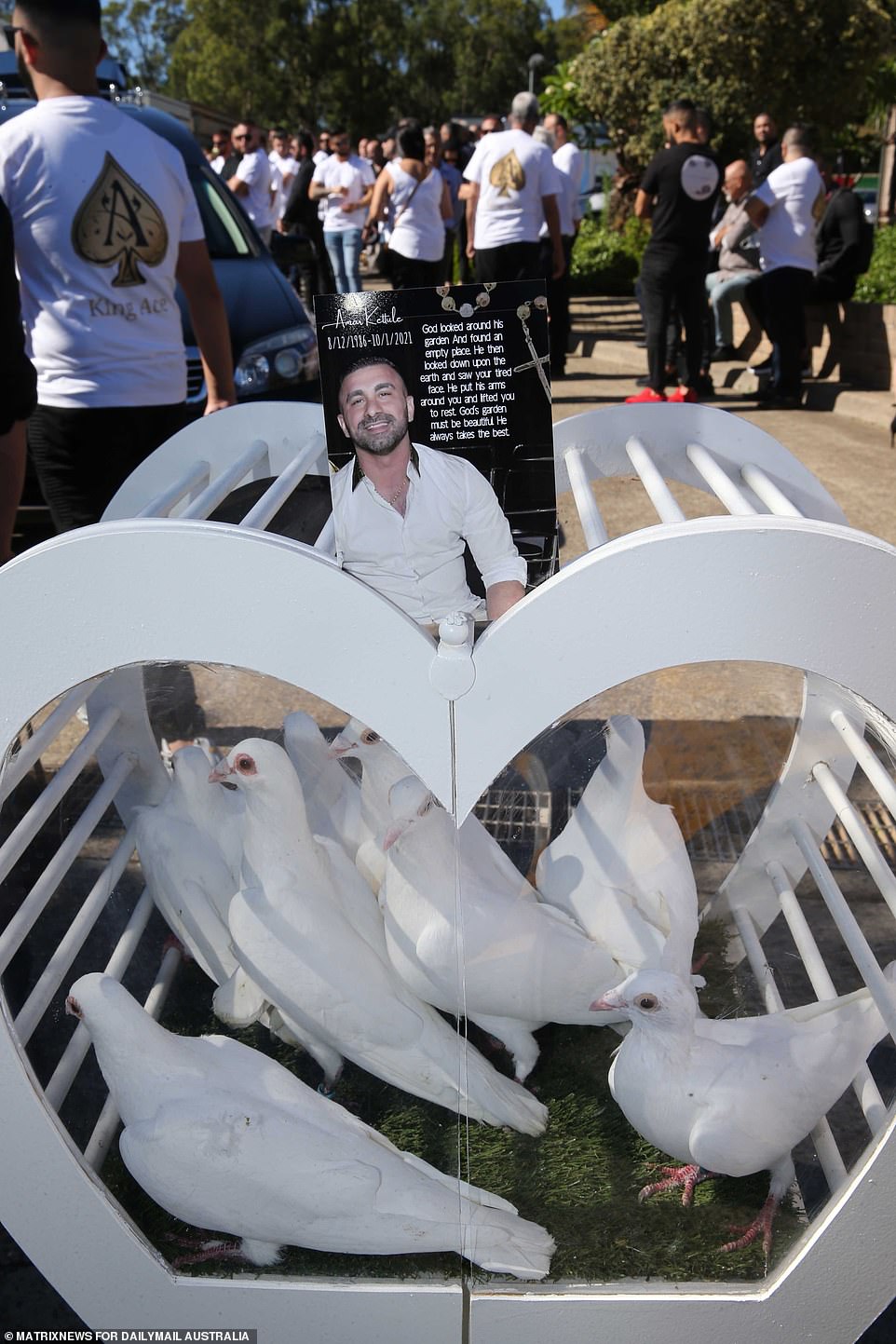 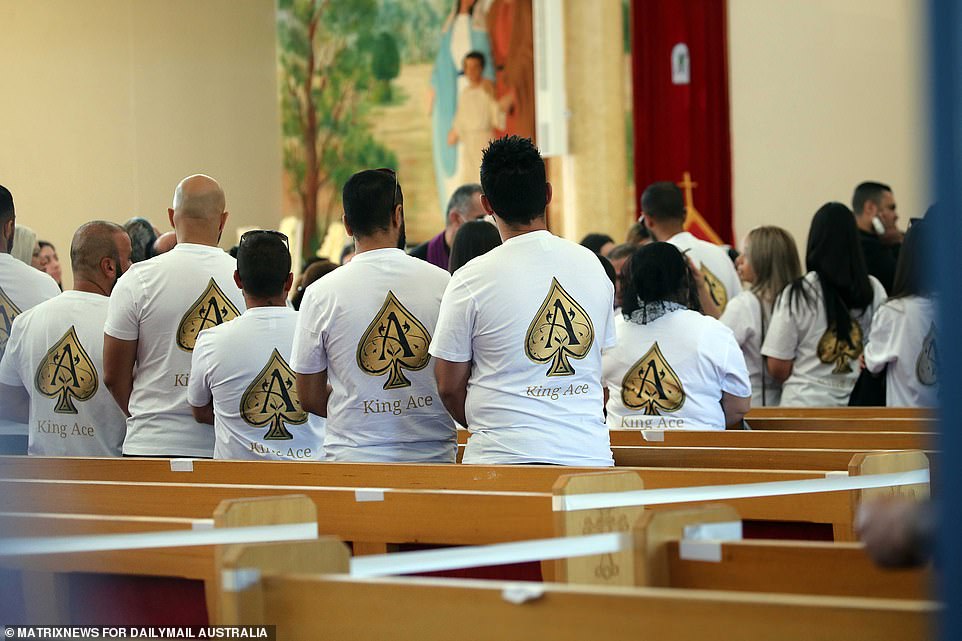 As the ceremony finished inside the church and Kettule’s casket was carried out, the crowd wept as they farewelled him.

Some of his friends and family were hoisted into the air and started dancing, while others banged on large drums as police officers dressed in blue struggled to keep the rowdy group off the streets.

Two women fainted as the casket was placed inside the hearse and were helped inside by strangers.

One of the men was carrying a silver crown and scepter, representing Kettule’s king-like leadership.

Another man could be seen holding a photo frame of his friend, thrusting it into the faces of other mourners.

One man told Daily Mail Australia that Kettule was a good man and didn’t deserve to die. 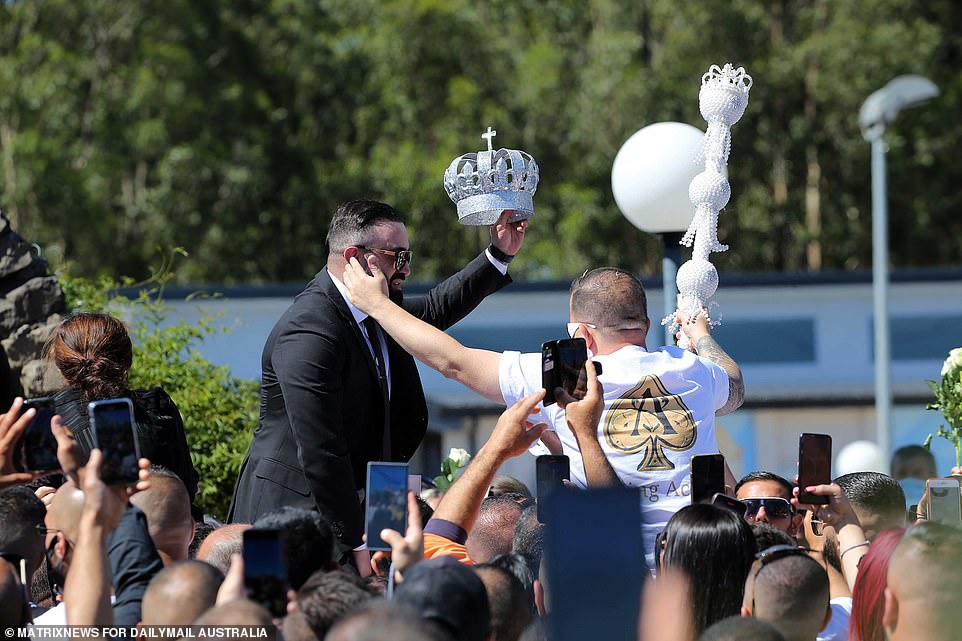 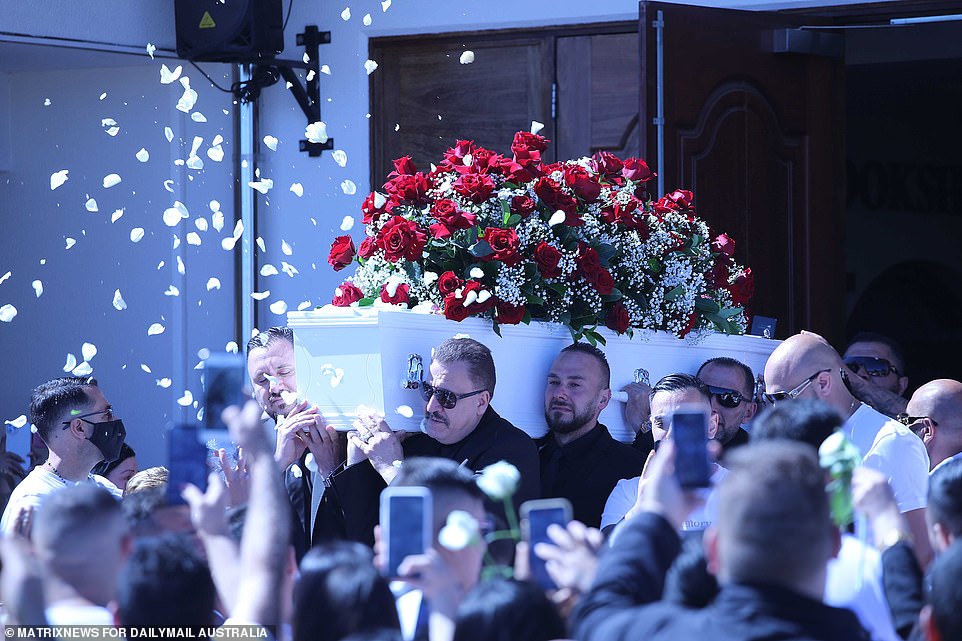 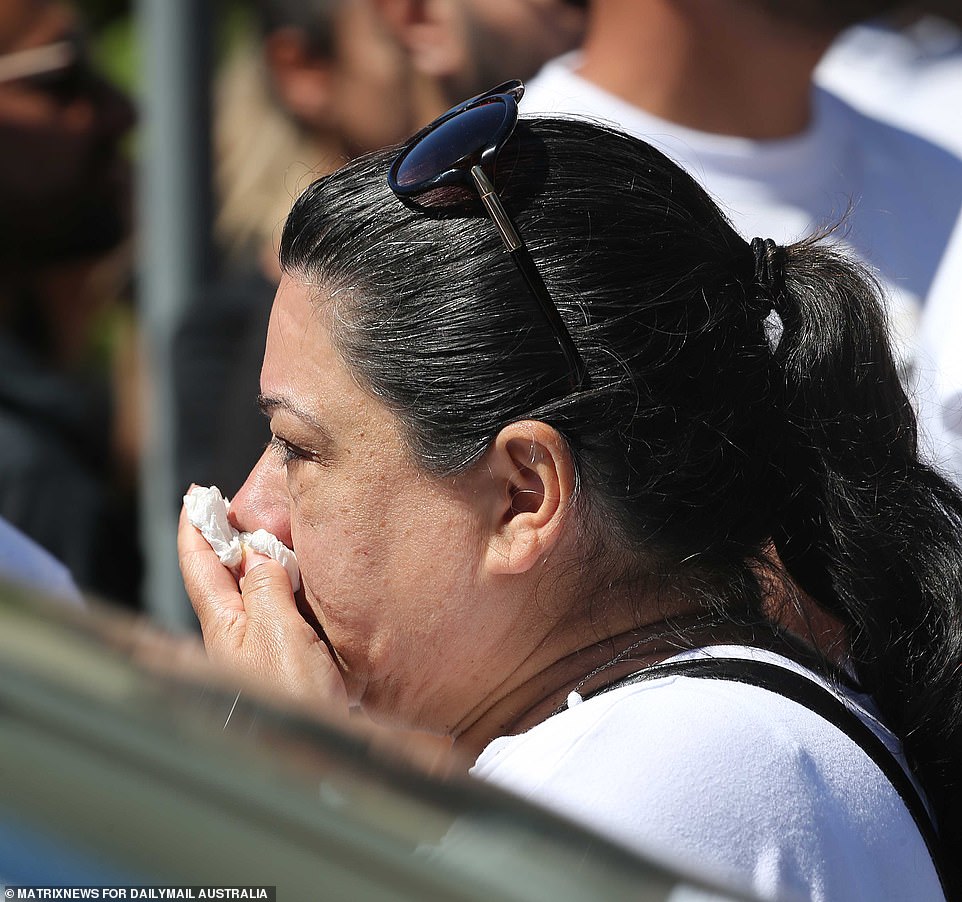 Upon entering the church, mourners were given a photograph of Kettule with a saying which read: ‘God looked around his garden and found an empty place. He then looked down upon the earth and saw your tired face.

‘He put his arms around you and lifted you to rest. God’s garden must be beautiful. He always takes the best.’

Kettule’s background and gang involvement meant that there was a heavy police presence at the church to ensure the funeral went according to plan.

However, motorbike riders were issued fines and demerit points because of defects on their bikes or helmets.

They were ordered to leave from the front of the church and not come back. 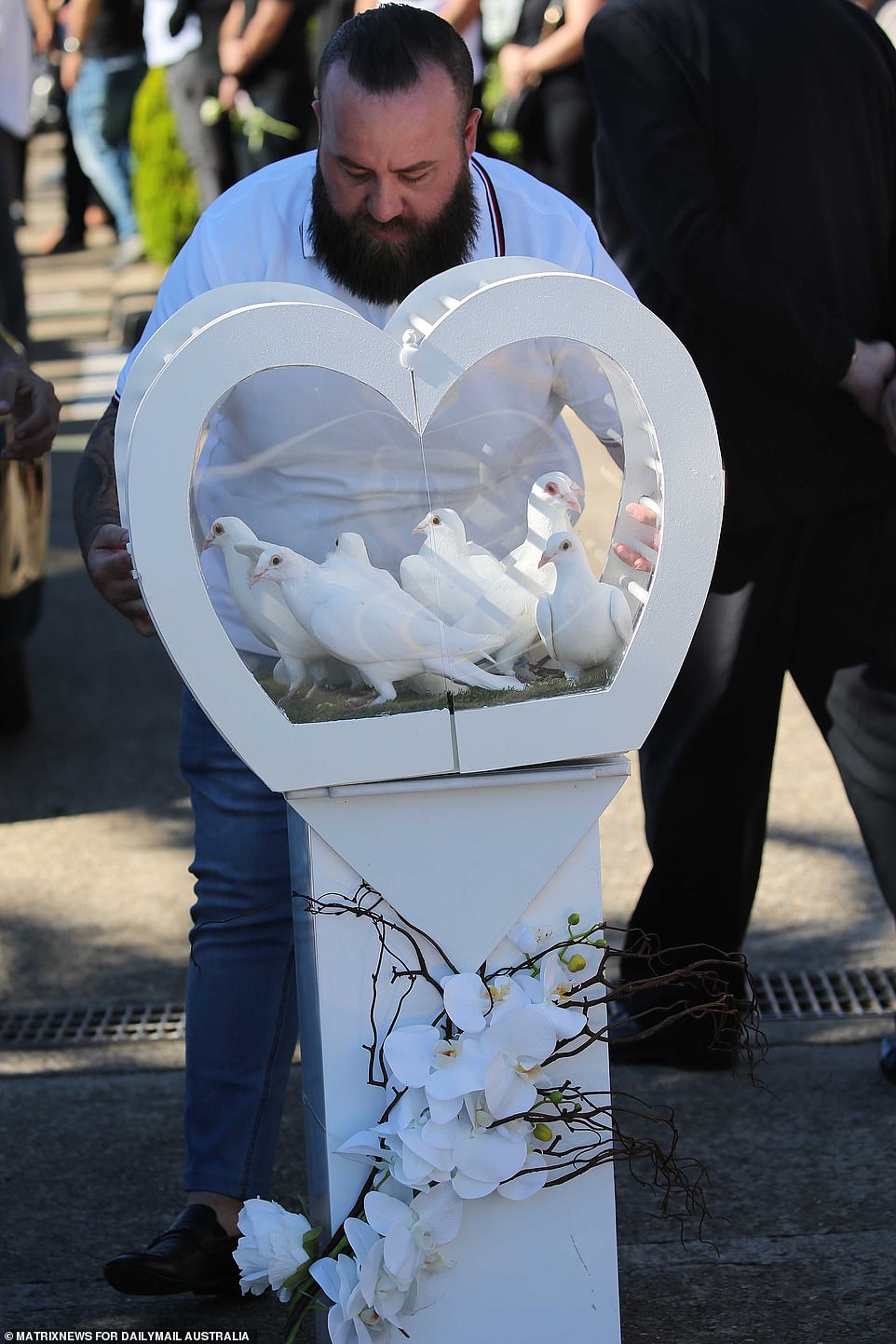 A flock of doves were placed outside in the driveway, ready to be let go when Kettule’s casket was heading to Rockwood cemetery 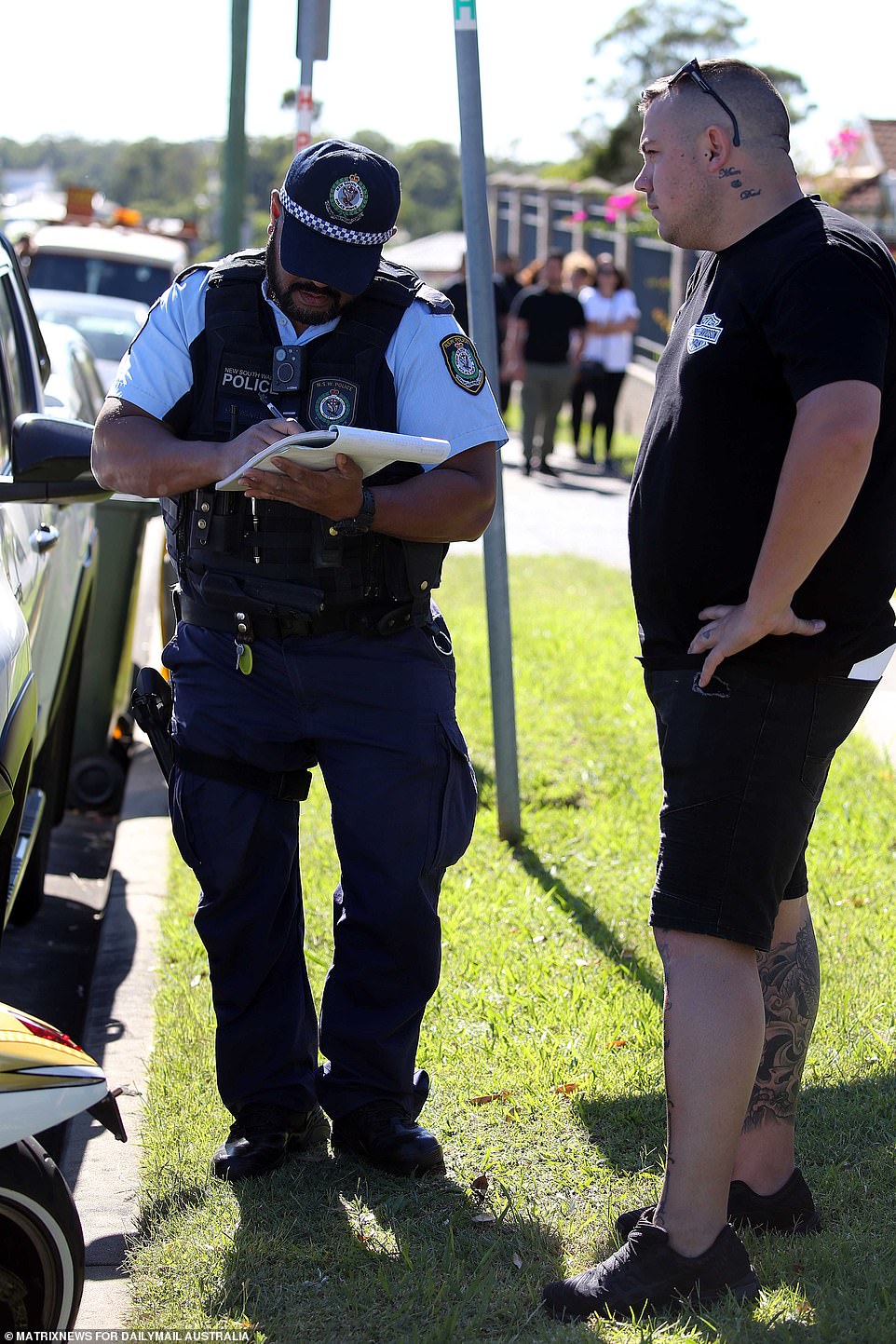 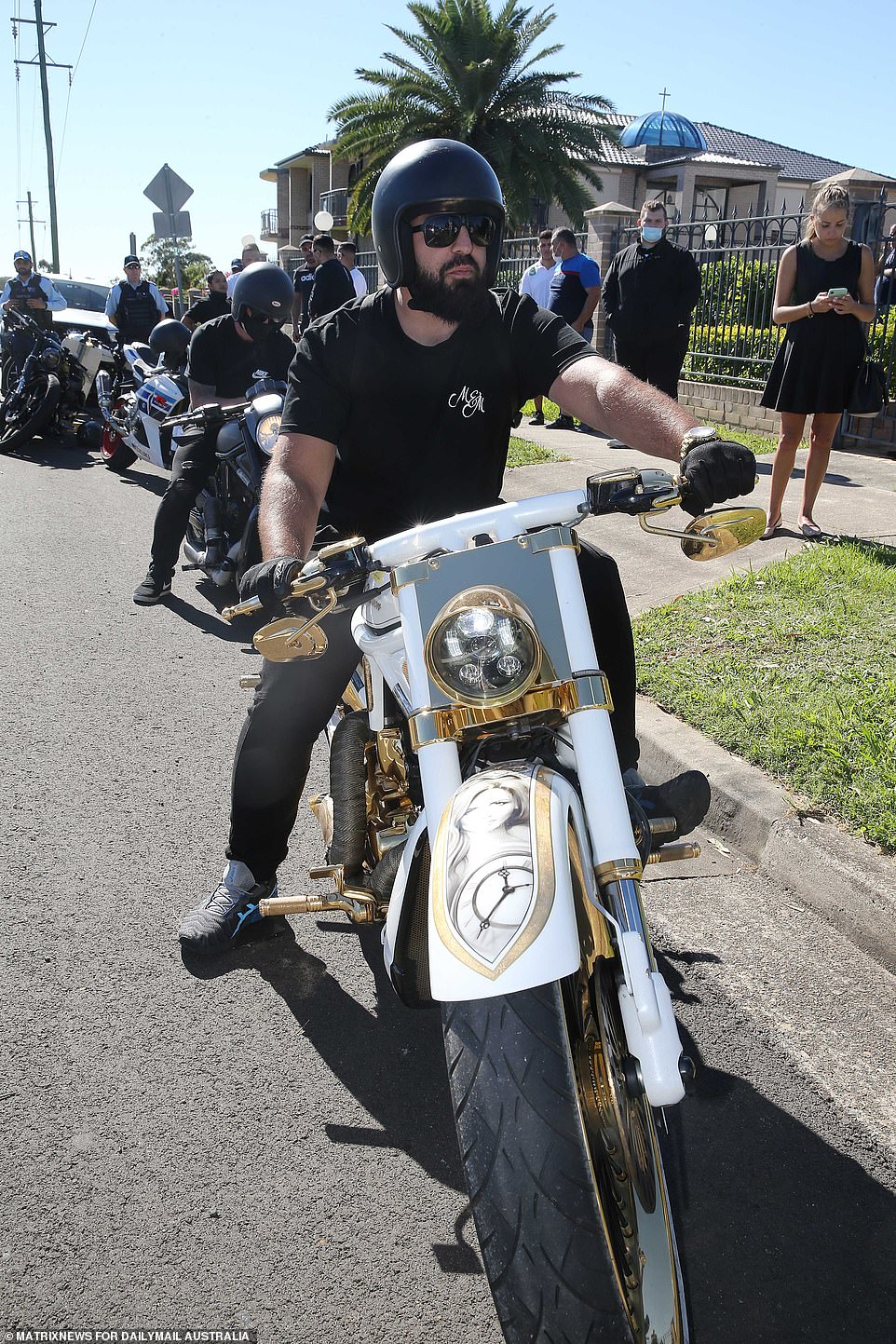 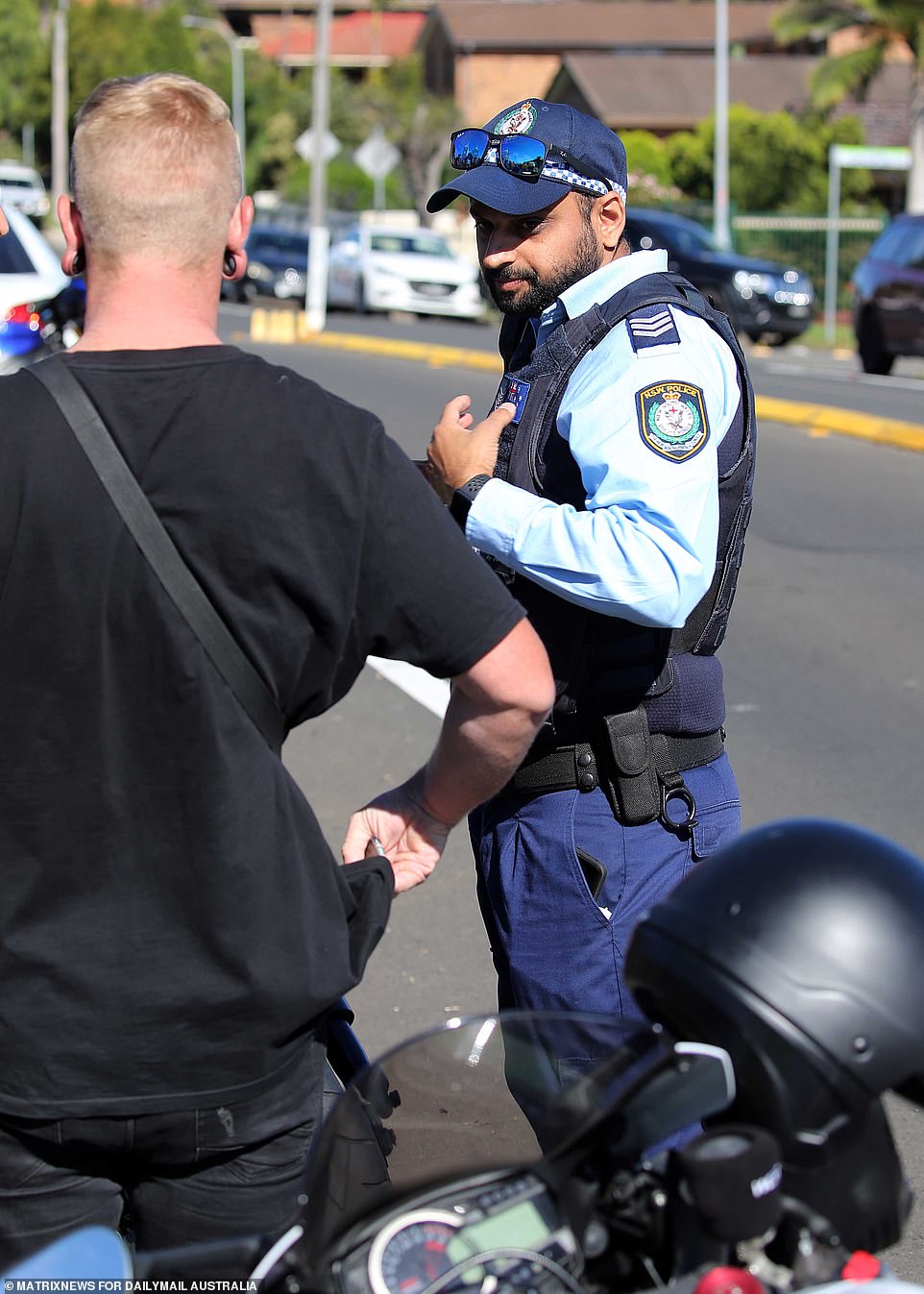 There was a heavy police presence at Kettule’s funeral who was shot in a suburban alleyway on Sunday, January 10

Conflict between the two Assyrian gangs DLASTHR (The Last Hour) and the True Kings peaked in 2016, with a spate of shootings and fire bombings in the city’s southwest linked to a bloody turf war.

‘We believe the attack to be targeted. He is well-known to police – however this is a violent attack on a suburban street and is unacceptable behaviour,’ he said.

Det Supt Fitzgerald said detectives would be looking into whether Kettule’s death was a revenge killing.

‘It’s part of the investigation (the feud) and a line of inquiry but the cause and motive is very unknown, it’s still very early in the ­investigation,’ he said.

‘We will have a number of police out on the highway doing whatever we can to eliminate any chances of any type of action happening.

‘But until we know the cause of this, it’s difficult to say what will happen.’

Kettule and his girlfriend were driving their Toyota Prado into the Fairfield Towers apartment complex as the shooting unfolded. 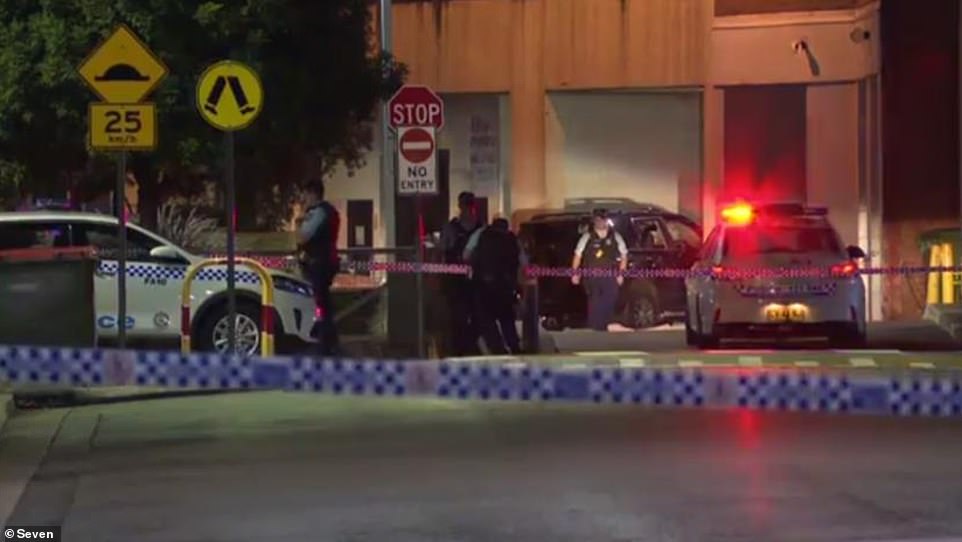 Police are pictured at the scene after the deadly shooting. Kettule is believed to be a senior member of the True Kings street gang

At 8.40pm the couple were seen emerging from the apartment. After returning six hours later, Kettule was gunned down in a nearby alleyway.

His death is eerily similar to his brother Dylann’s, who was gunned down in a suspected drive-by shooting outside his girlfriend’s unit block in January 2014.

Kettule also has links to the Nomads bikie gang and had to be restrained by police in the aftermath of his brother’s death when he demanded to see Dylann’s body.

The conflict between DLASTHR (The Last Hour) and the True Kings resulted in more than a dozen shootings in Sydney’s southwest in 2016.

In March of that year, a True Kings member was driving with another man when shots were allegedly fired at them from another car carrying DLASTHR rivals.