Fans are expected to line the streets of Liverpool to pay their final respects to comedian Sir Ken Dodd.

Sir Ken’s funeral will be held at the city’s Anglican cathedral at 1pm today.

A horse-drawn hearse, a nod to his father’s job as a coal merchant, will lead the funeral cortege from East Prescot Road at 11am, and residents and visitors have been encouraged to line the route. A horse-drawn hearse, a nod to his father’s job as a coal merchant, will lead the funeral cortege in Liverpool today 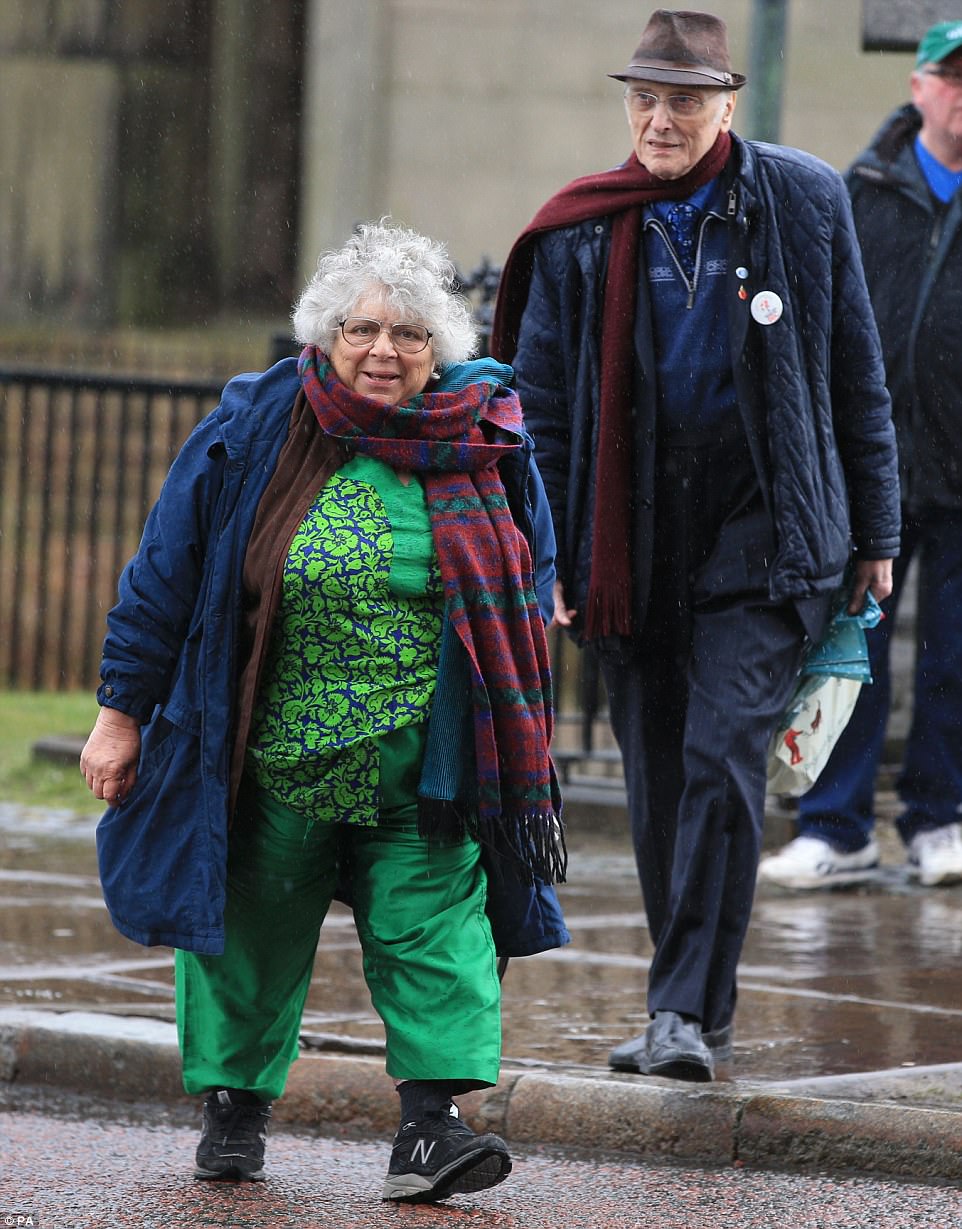 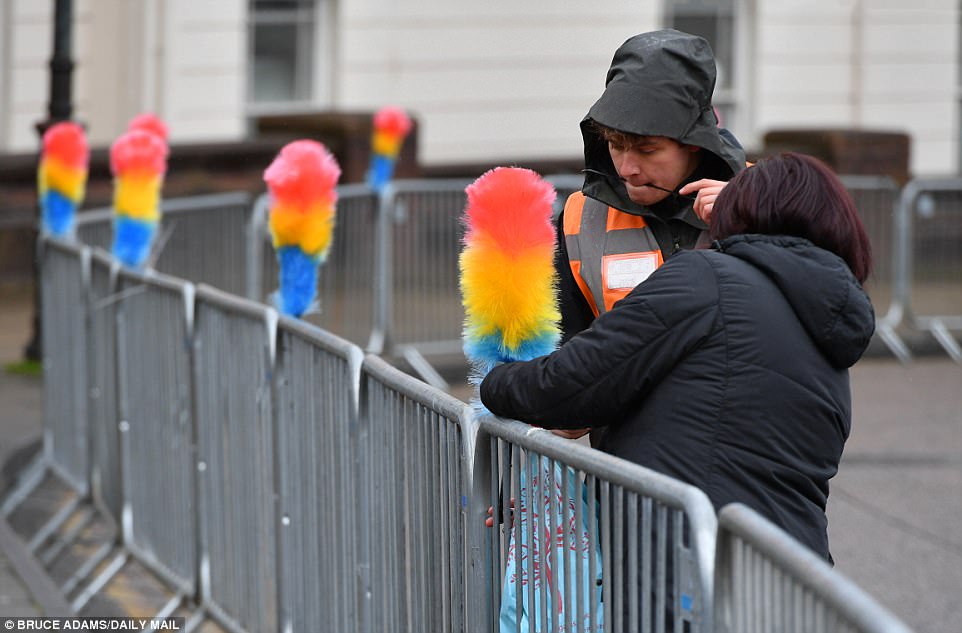 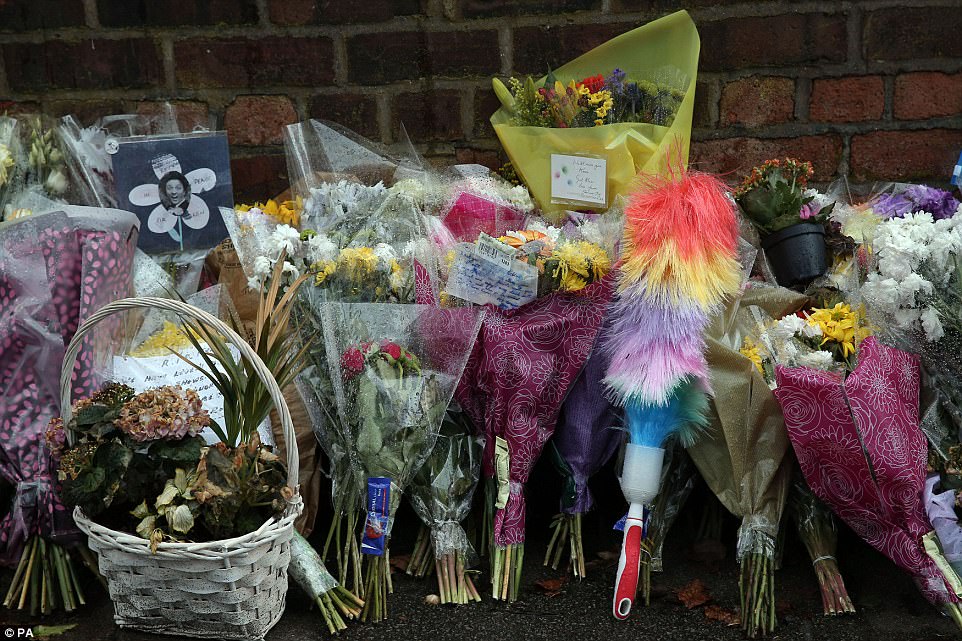 Floral tributes outside the home of Sir Ken in Knotty Ash, Liverpool, where the much-loved comedian died earlier this month 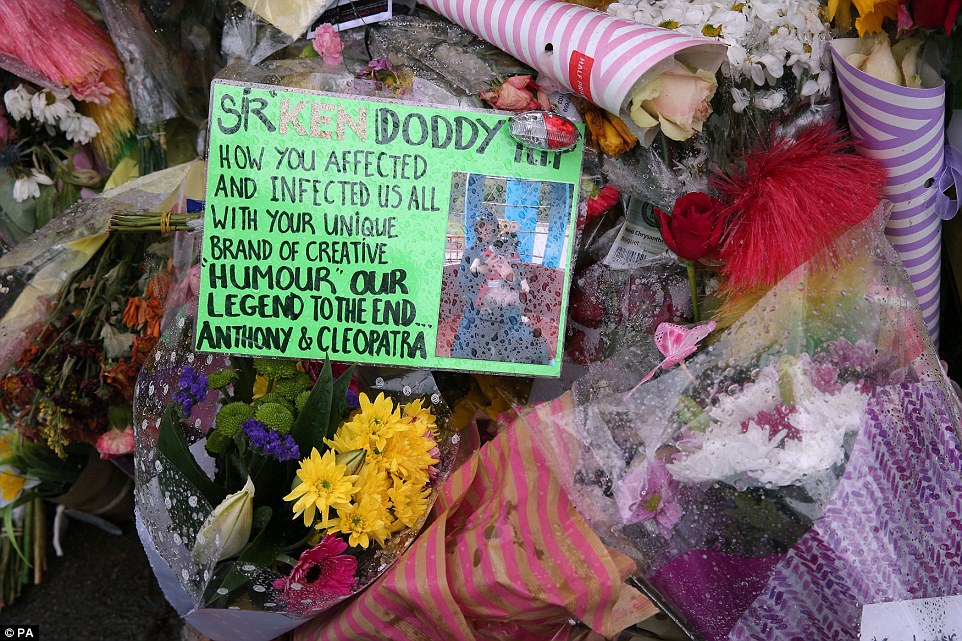 The much-loved comedian, aged 90, died at his home in Knotty Ash, Liverpool, earlier this month.

His funeral service will be open to the public, with a large screen broadcasting the ceremony for mourners outside the cathedral.

Flags at Liverpool Town Hall, St George’s Hall, Cunard Building and Central Library will be lowered for the day as a mark of respect.

Lord Mayor of Liverpool, Councillor Malcolm Kennedy, said: ‘Although Wednesday will be a sombre occasion, it is an opportunity for us all to pay tribute to an unforgettable man and I can think of nothing more fitting than huge crowds lining the streets for his final act. 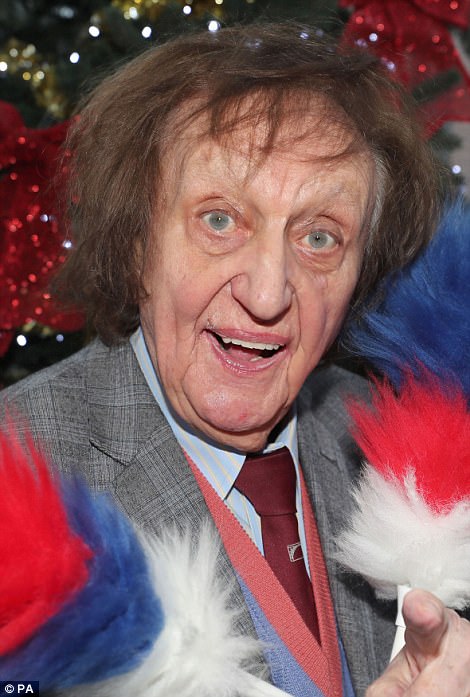 Sir Ken (left) died at his home in Knotty Ash earlier this month. The programme for his funeral this afternoon is pictured (right) 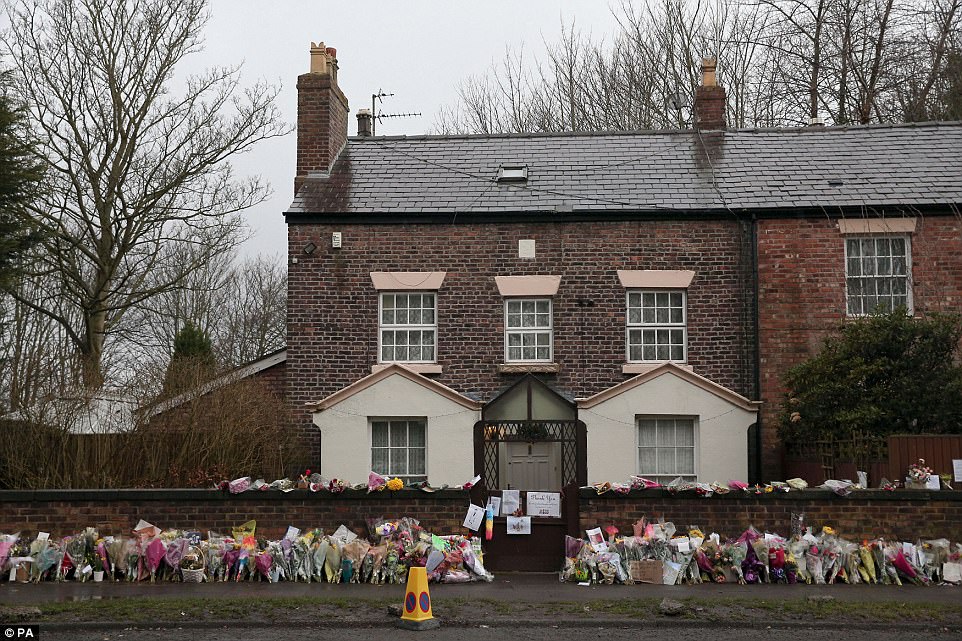 Floral tributes line the street outside the home of Sir Ken in Knotty Ash, ahead of his funeral at Liverpool Cathedral today Tickle sticks are placed outside the home of Sir Ken in Knotty Ash, ahead of his funeral at Liverpool Cathedral today 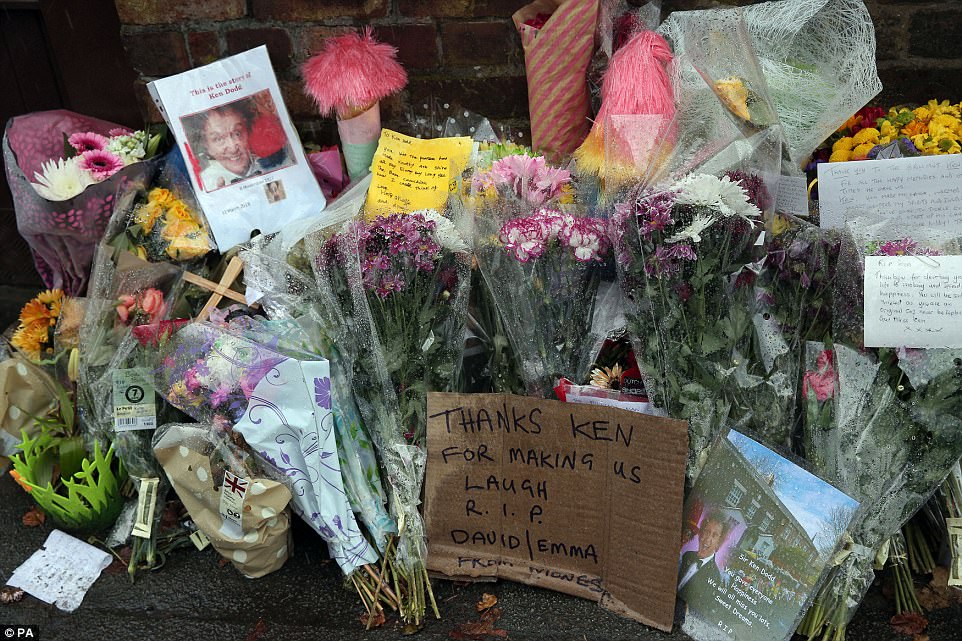 ‘There will never be another comedian like Ken, his passing marks the end of an era in British entertainment and I’m sure he’ll be tickled that the city will be putting on such a show in his honour.’

The funeral service will be followed by a private interment. Tickle sticks are appearing across Liverpool as the city prepares to say a final farewell to Sir Ken.

The props were made famous by the much-loved comedian, and have been placed on landmarks ahead of his funeral.

Two of the red, white and blue sticks have been placed on Liverpool Town Hall, with others adorning a statue of The Beatles on the Pier Head, the Queen Victoria Monument on Derby Square, the Cunard Building and the Mersey Ferry. 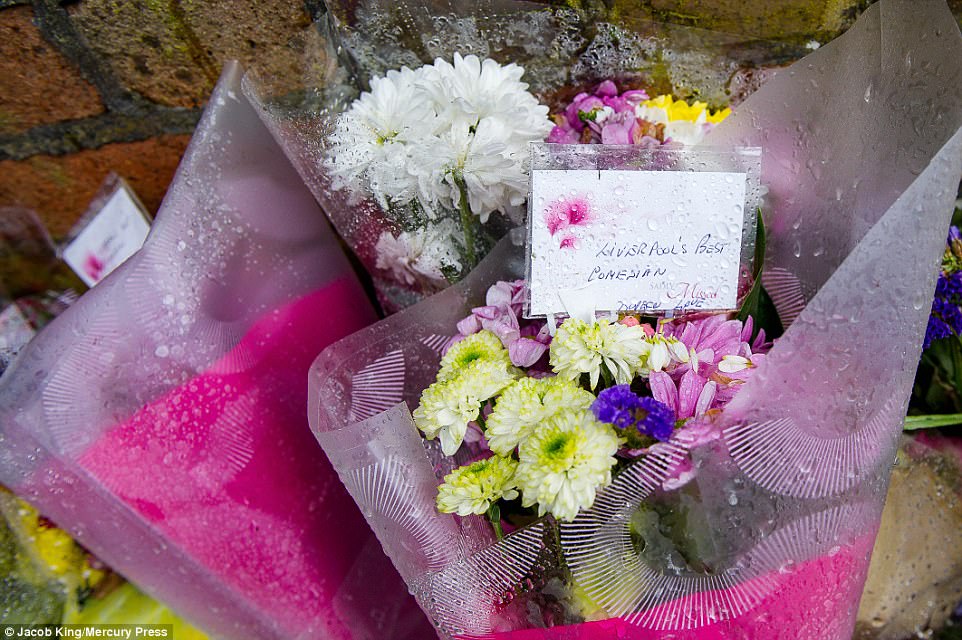 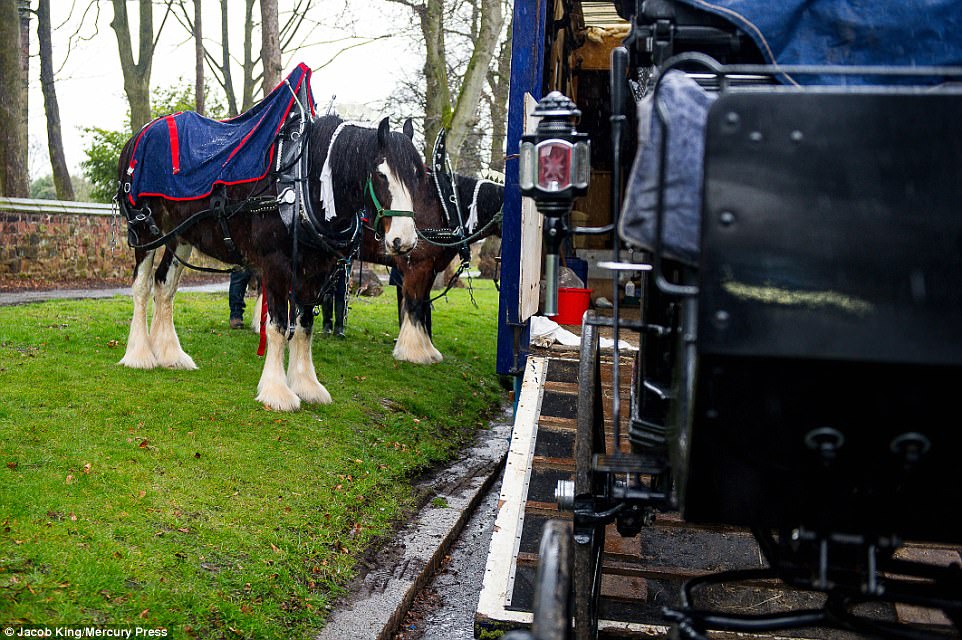 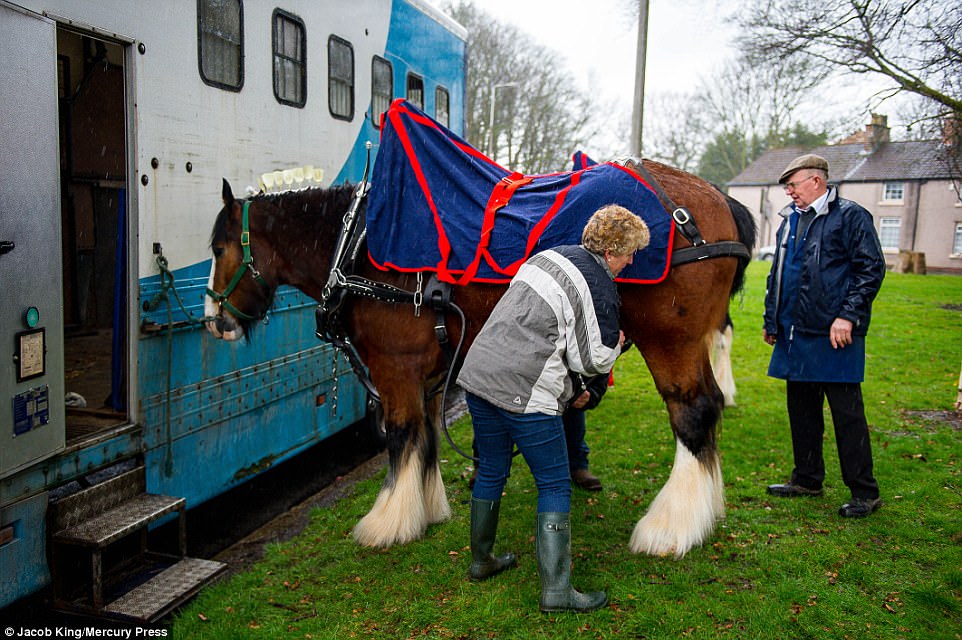 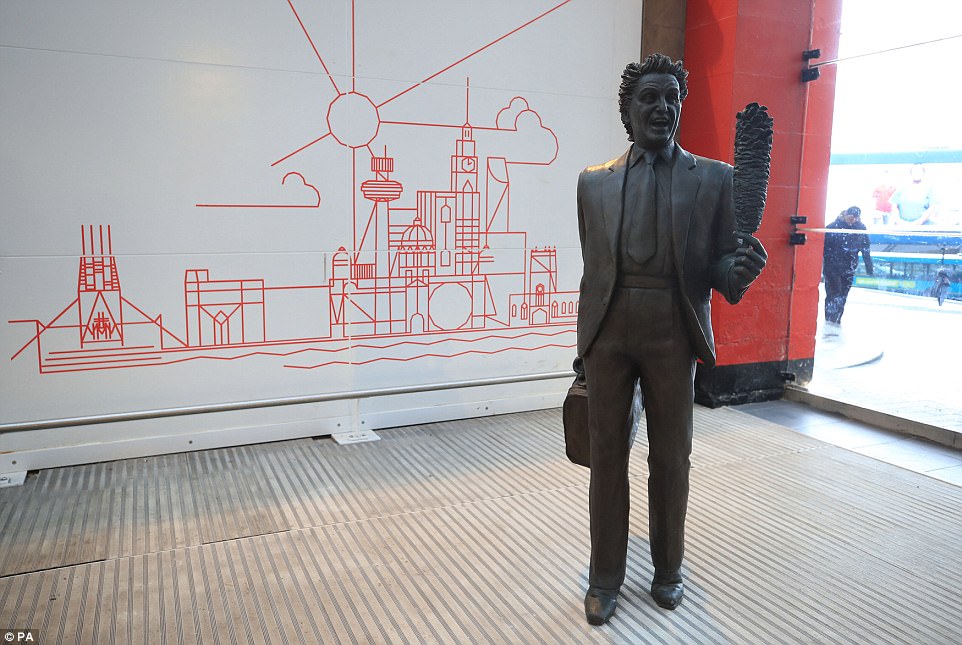 A statue of Sir Ken has been returned to Liverpool Lime Street train station for the day after it was removed temporarily for building work to be carried out.

Earlier today, his fellow comedian Jimmy Cricket told ITV’s Good Morning Britain: ‘He knew it all, he was a master.

‘When you bought a ticket – I mean we all enjoyed him on radio and television – but to see those live shows, and to see him in full throttle, we will never see the likes again.’

Cricket, who said Sir Ken was a ‘special person’, also told how the comedian would talk about the ‘rainbow of laughter’, including white for children, yellow for visual, red for love and darker colours for cynicism.