The tragic death of a young Aboriginal mother after she was shot by police has sparked community uproar.

Joyce Clarke, 29, was reportedly armed with a knife when police attended a home in Geraldton in Western Australia on Tuesday night, where she was shot by an officer.

‘During an incident at the address, an officer discharged their firearm causing a woman to receive a gunshot wound,’ police said in a statement.

Ms Clarke was rushed to Geraldton Regional Hospital where she later died.

Her death has sparked angry scenes outside Gerardton Police Station on Wednesday morning, where a large crowd gathered to express their outrage.

They told Nine News they just want to be heard.

She leaves behind a seven-year-old son, who’s cared for by Ms Clarke’s foster mother Anne Jones.

A devastated Ms Jones said she was struggling to get answers from police about how ‘her baby’ died.

‘All they told me was there were five officers there. They should have tasered her, that one shouldn’t have shot her,’ she told WA Today.

‘She was under mental health, so why do that, why did he do that?’ 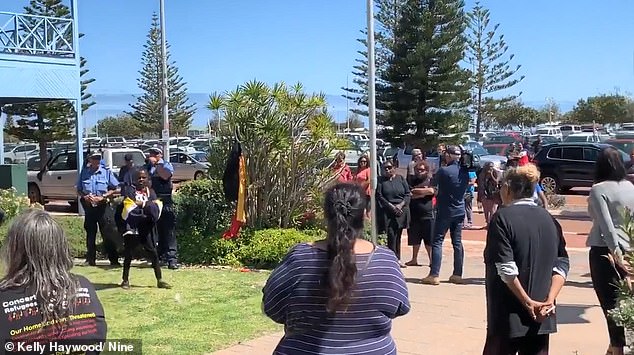 ‘It’s as harrowing as it gets,’ Mr Georgatos told AAP.

‘The family is hurting and there’s a lot of confusion about what has occurred.

‘There’s a sea of grief at the moment from Mullewa to Geraldton.’

Mr Georgatos said he had heard Ms Clarke may have been armed with a knife, but police have not confirmed the report.

One witness described the incident as frightening.

‘I come running out looking, like ‘what the hell?’ … when I looked there, there’s like eight police on the ground all around her,’ she told reporters.

‘I had my daughter on me and I went out there and I heard, ‘she’s been shot, ring the ambulance’, so I just grabbed her and ran back inside. I was shocked. I was terrified. It was scary.’

Major Crime officers have travelled to Geraldton to investigate. 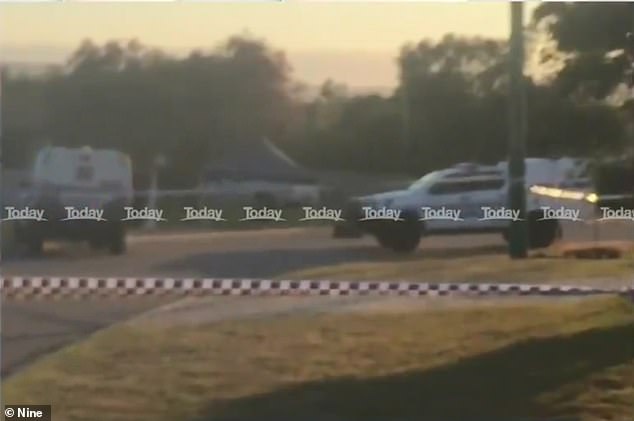 The Police Internal Affairs Unit will conduct a separate inquiry, which is standard protocol.

WA Police Union president Harry Arnott said the union was standing by its members involved in the ‘tragic incident’ and would assist them through the internal investigation process.

‘Our thoughts go out to the police officers involved and their families in this terrible circumstance,’ he said.

The president and senior vice president are travelling to Geraldton to ensure the welfare of the officers involved. 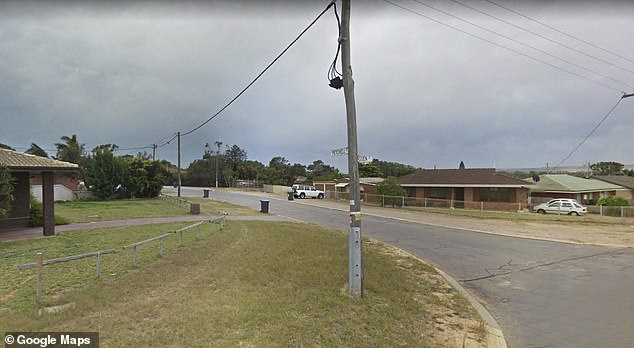 Police were told to Petchell Street (pictured) in Karloo on Tuesday night, where an officer shot and killed Joyce Clarke, who was reportedly armed with a knife