Movers spotted hauling boxes and rugs out of Lauer’s home

Movers have been spotted hauling boxes and rugs out of Annette and Matt Lauer’s home in the Hamptons after sources revealed this week that the couple had ‘begun divorce proceedings’.

Annette looked somber as she was seen taking a walk with a friend on Thursday, while a crew of movers were seen carrying a huge carpet out of their home, while another team carried big boxes out the front door.

Her estranged husband Matt, 60, was nowhere to be seen after Annette reportedly kicked him out of their $36 million Hamptons compound last week, in the wake of his sexual misconduct scandal. 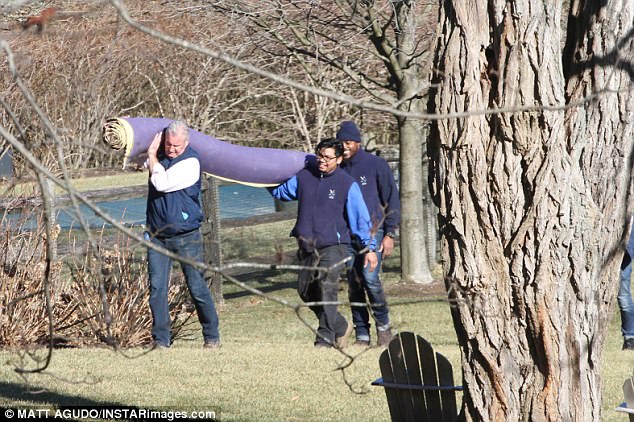 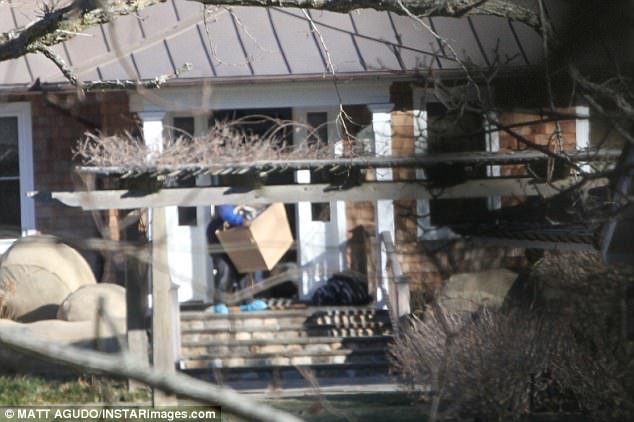 But another source told DailyMail.com that even though the couple have been technically ‘married’ for almost 20 years, they haven’t been together or lived under the same roof for many years.

Annette Roque, who Lauer has been married to for 19 years, is reportedly now divorcing the fired TV host.

‘They’ve started the divorce process,’ a source told Us Weekly. ‘He thinks he can start fresh, in both his personal and professional life.’

It was reported last month that Annette had been seen entering the law firm Latham & Watkins in Manhattan.

It is expected that Annette will be looking to get more money if she files for divorce from Lauer, something she previously did in 2006 before withdrawing her complaint.

‘The post-nup will likely specify how much Annette would get if they divorce, but she is expected to challenge it given Matt’s earnings since 2006, and given how he has humiliated her,’ a source told Page Six.

The disgraced former Today host had been seen wearing his wedding ring immediately after he was fired from NBC News in November.

But just a few weeks later he was seen out and about in Sag Harbor, New York, without the wedding band. 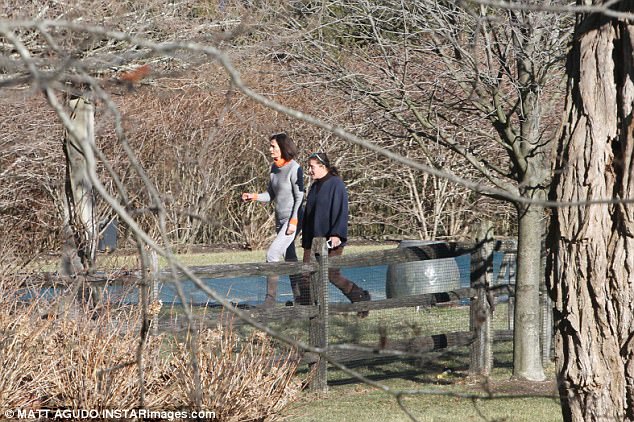 While Annette went for a walk, her estranged husband Matt, 60, was nowhere to be seen 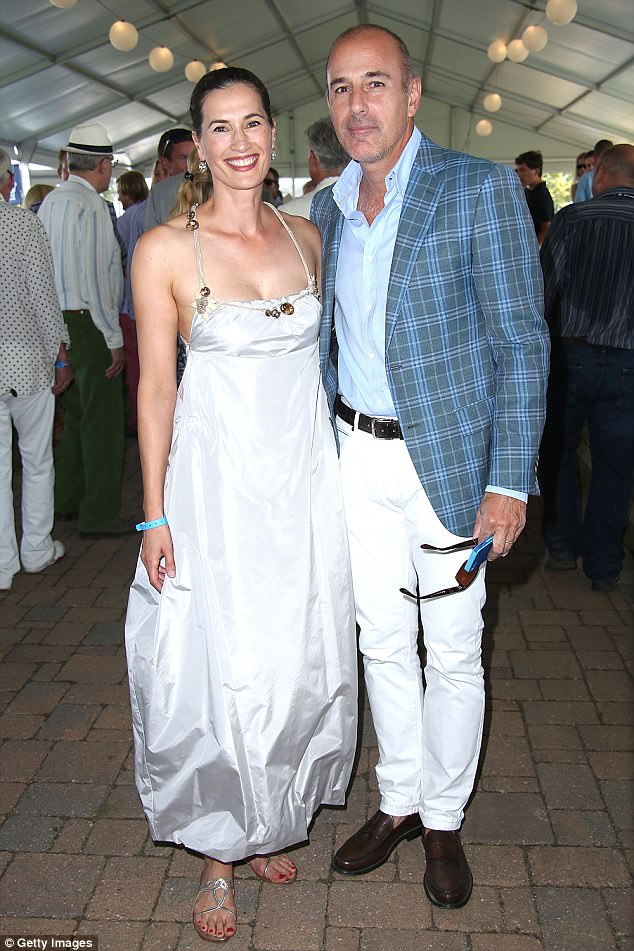 Annette Roque, who Lauer has been married to for 19 years, is reportedly now divorcing the fired TV host (pictured together in 2015)

Lauer is now staying at the family’s $18million, 25-acre, compound in Sag Harbor while Annette is with their two youngest children at their $36 million North Haven estate. It is not clear whether she is moving out of the property, or whether it was Lauer’s belongings being removed from their home.

The couple’s oldest son is away at boarding school.

A source close to the family said Lauer is staying at a home nearby so he can be close to the two kids who still live at home. His oldest son attends a boarding prep school.

Lauer had been seen entering and exiting the North have compound as well, but that was when his wife was in Europe as the NBC scandal broke.

He has been spotted with Annette though a handful times at the horse facility, where their daughter Romy rides and trains the family’s horses on a near-daily basis.

Lauer revealed in a 2013 interview with Parenting that he wished he could spent more time with his children – Jack, 16, Romy, 14 and Thijs, 11.

‘We made a decision a couple of years ago to move out of the city. Way out. So my home is in the Hamptons and that’s where our kids go to school. As a result, I’m in the city three or four nights a week, and I’m home on weekends,’ explained Lauer.

‘I go for school events–I do get out there for those. Because of this decision we made – and wanted to make for them – my time is consolidated into three intense days. The time is more precious and the time you spend is more significant.’

Lauer would travel out for the weekends and spend the week in an Upper East Side apartment.  That residence is in the same building as the penthouse where disgraced banker Bernie Madoff lived with his wife Ruth.

This all changed when he was fired from Today, after multiple women came forward to accuse the disgraced anchor of inappropriate sexual behavior.

For the past two months he has been living with his family in North Haven.

Since the allegations of sexual misconduct broke Lauer has been working tirelessly to save his marriage, a source told Page Six.

Roque is reportedly being ‘very cold.’

Lauer’s representatives have not yet said if the couples are formally separated, but Roque was seen meeting with divorce lawyers in New York last month. 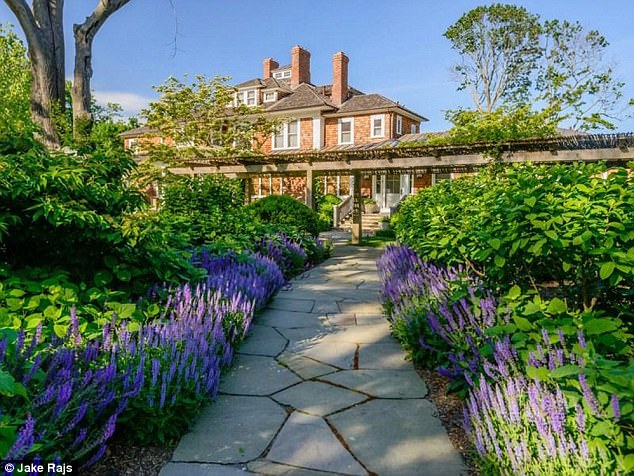 Annette Roque, who Lauer has been married to for 19 years, reportedly forced him out of the estate where they live with their three children over the weekend, according to Page Six. He has been living in their Sag Harbor home (pictured)

Lauer was fired from his $25million-a-year gig at Today in late November after he was accused of inappropriate sexual conduct in the workplace. Shortly after he released a statement saying he was ‘truly sorry’.

He was accused of sexually harassing an unnamed former intern while they covered the 2014 Winter Olympics in Sochi, Russia. After the initial allegations a number of women came forward with similar allegations.

The scandal could be the last straw for Roque – who filed for divorce from Lauer back in 2006.

At the time she cited ‘mental abuse, extreme mental and emotional distress, humiliation, torment and anxiety.’

But she eventually withdrew the filing when he offered her a post-nuptial agreement and millions of dollars.