A film that re-enacts the massacre of 69 people on a Norwegian island by a far-right terrorist in real-time was met with stunned silence when it premiered at the Berlin Film Festival.

He was later convicted of terrorism and premeditated murder, and handed Norway’s maximum sentence of 21 years in prison – which can be extended indefinitely.

Filmed in a single take, 72 minutes out of a total 90 are dedicated to the time it took Breivik to shoot dead 69 people – many of them teenagers – and injure a further 200 at a youth camp.

According to the Guardian, Monday’s screening was met with absolute silence and many left the cinema in tears.

A film that re-enacts the massacre of 69 people on a Norwegian island in real-time was met with stunned silence when it premiered at the Berlin Film Festival. Above, a still from ‘U-July 22’

The exact number of shots the gunman fired are replicated in the feature film, which was filmed on another island close to Utoya.

The film follows ‘Kaja’ – a fictional teenager – as she runs for her life through woods, along beaches and in the sea.

The audience sees her desperately searching for her younger sister, comforting a dying teenager and singing to herself as she cowers in fear against a cliff.

Shots ring out, but the gunman is only fleetingly visible, from a distance.

Director Erik Poppe had said his latest film is part of the healing process in the aftermath of one of Norway’s most horrifying events. 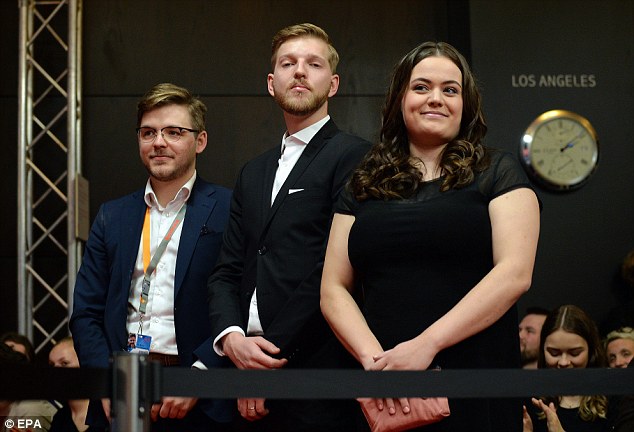 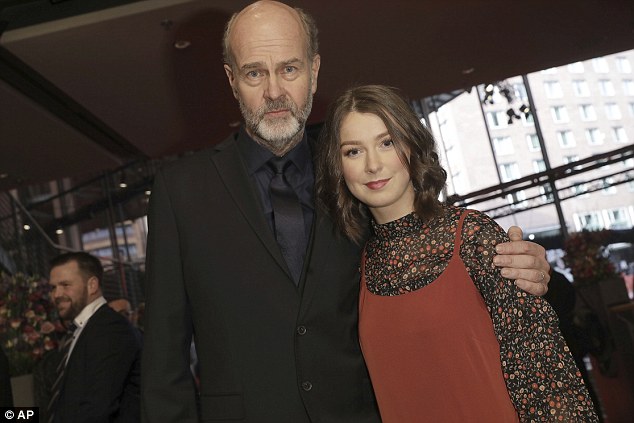 Poppe said some had criticised his movie as coming too soon, but young survivors of the attack had told him he should not wait.

He sought the approval of survivors before allowing the film to be released, inviting them along with family and friends to private screenings around Norway.

‘I would say that if it doesn’t hurt to watch this movie then it’s too late, so I would say for sure it’s hard but it’s also a part of the healing process,’ Poppe said at a news conference.

‘We decided to make fiction for ethical reasons so the parents, sisters and brothers don’t need to see and think: Is that my sister or my brother? Is that my daughter?’ he said, adding that psychologists had been on location to help actors and residents of the island where it was filmed. 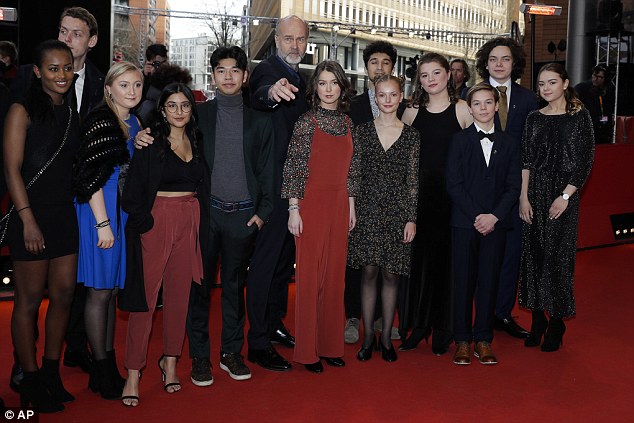 Director Erik Poppe (centre, with the film’s cast) had said his latest film is part of the healing process in the aftermath of one of Norway’s most horrifying events

‘Looking around Europe today, realising neo-fascism is growing day by day, we need to remember what took place out on that island, what right-wing extremism can look like.’

Ingrid Marie Vaag Endrerud, who was one of several survivors to advise filmmakers, added the film’s story was one many Norwegians found impossible to tell.

‘When I try to explain what I experienced, I am only able to tell it from a distance and that’s where film and the art of film can tell a story another way that writing or speaking cannot,’ the 24-year-old said. 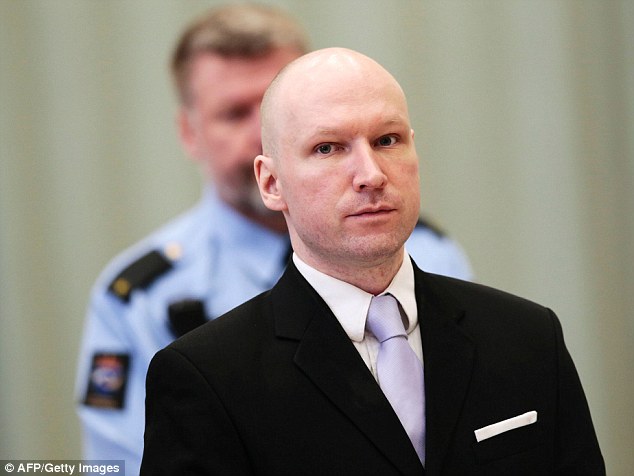 Anders Breivik (pictured in 2016) shot dead 69 people on Utoya on July 22, 2011, after murdering eight people in a bomb attack in Oslo

‘This is hate in its purest form and as society we have to stand against it.’

Andrea Berntzen, 19, who plays Kaja, said she remembers being scared at the news of the massacre when she was 12.

When she heard about the making of the film she initially felt it was too soon, but later changed her mind.

‘Reading the script and learning that the focus would be on the youth, the teens on the island, rather the man who has been behind all of this was really important to me,’ she said.

‘U-July 22’ is one of 19 films competing for the Golden and Silver Bears, which will be awarded on Saturday.