An adorable photo of a heroic fireman who saved a four-week-old puppy during Queensland’s disastrous fires has gone viral.

The unnamed female puppy was given a drink of water by firefighter Blake Hyland after it was rescued near Baffle Creek.

Jason Holm, 48, and his family evacuated their home as raging bushfires edged their way closer to them, taking their four dogs and two of the three female puppies with them. 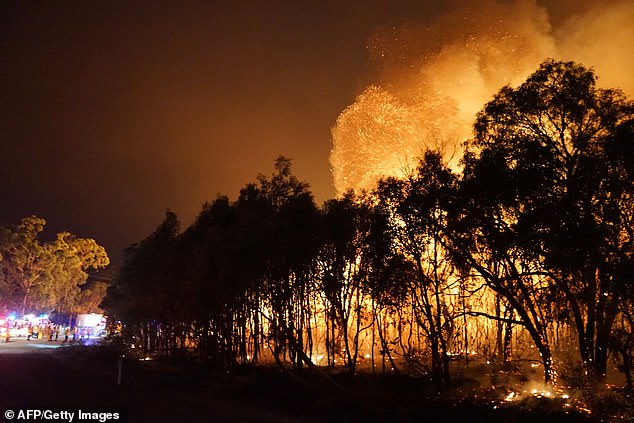 Jason Holm, 48, and his family evacuated their home, taking their four dogs and two of the three female puppies with them.

Unfortunately, they couldn’t find the final puppy before they had to evacuate to safer ground, The Courier Mail reported.

‘The fire brigade left me a message saying they’d found a puppy at our place and it was being looked after,’ Mr Holm said.

The 48-year-old and his wife Charmain were relieved to know the puppy had survived the horrendous blaze and was being cared for at Agnes Water fire station.

Mrs Holm said she was surprised the puppy was found at their evacuated Muller Road home as they looked extensively and couldn’t find her.

‘When we were leaving, it had hidden itself very well, but it was just one of those situations where we had to leave,’ she said.

Mrs Holm picked up the puppy from the fire station on Wednesday evening.

The photo has been shared hundreds of times and has garnered thousands of comments since it was posted on Wednesday.

Many of the comments are thanking the fire service for their hard work as disastrous fires continue to ravage Queensland, forcing 10,000 people to flee their homes. 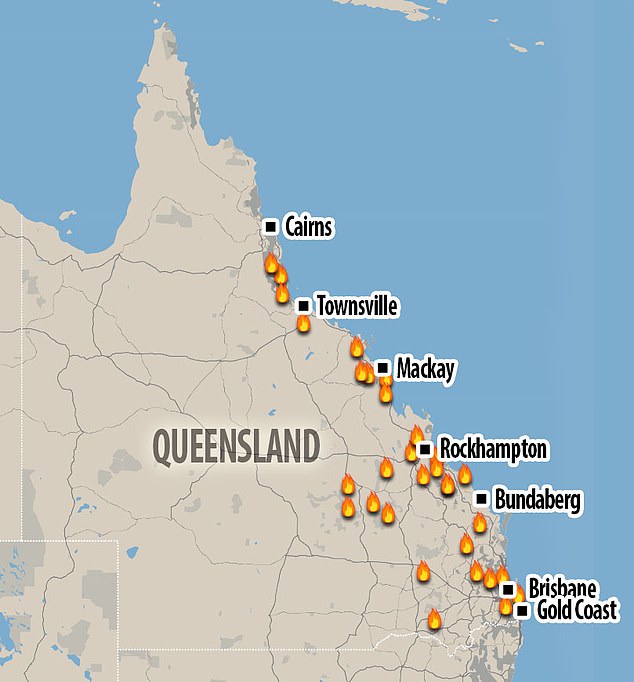 More than one hundred bushfires are burning across an almost 2,000km stretch from Yungaburra, south of Cairns, to Mount French, west of the Gold Coast 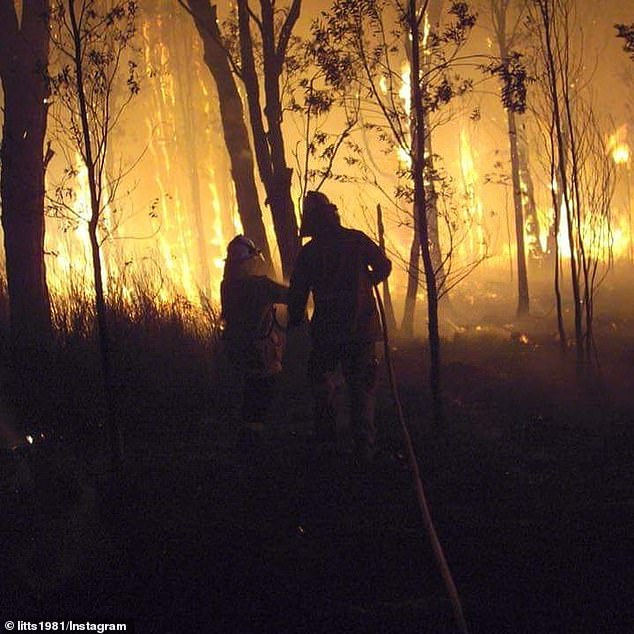 While more than 10,000 people fled their homes under the state imposed orders, dozens of others chose to stay behind

There is believed to be no end in sight to the bushfire crisis in Queensland severe heatwave conditions spread across the state.

Thousands of people have been forced from their homes as firefighters battle up to 140 wildfires during the unprecedented six-day emergency.

‘(But) due to all the proactive work conducted over the last several days, we have lost a minimal amount of houses, thankfully,’ she said on Thursday.

Two houses, two cabins and 15 sheds have been destroyed, with a further 14 homes damaged, since the crisis began on Saturday. 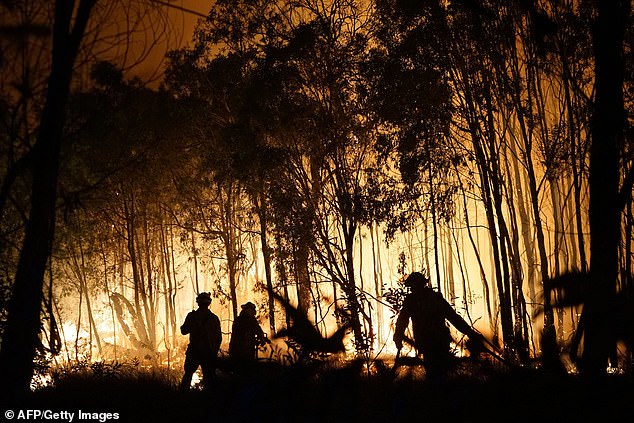 About 10,000 people were told to flee immediately as more than 100 fast-moving blazes tear through Queensland as the state’s bushfire crisis rolls on

‘This number could have easily been greater,’ she said.

‘There’s going to be a lot of fire around Queensland today – a lot of smoke. So can I please ask residents if they are concerned, to stay inside,’ she told Channel Nine.

‘If you don’t need to be outside, don’t. Because this smoke could have effect, especially on asthmatics and our elderly.

‘So please take care today. But another big day. We’re not out of this. It’s going to go on for four more days.’

The Bureau of Meteorology has forecast a severe heatwave that began in the state’s north to move south in coming days.

‘Around Capricornia, up around MacKay and inland, it’ll be very hot again, so we’re talking temperatures getting well up into the mid to high 30s for a lot of places, maybe even touching 40 in the odd spot,’ meteorologist Rick Threlfall told AAP.

‘The hot conditions will persist over the weekend and continue in the fire areas, and in fact spread to many other parts of the state.’

What they’re saying about the QLD fires

* ‘If you have children with you, you need to think really hard about not losing a house, but losing the people you care most about. People will burn to death. The normal approaches probably won’t work if this situation develops the way it is predicted to develop. It is no different to a Category 5 cyclone coming through your door.’

* ‘This is something we don’t want to overstate, but they’re comparing this to the conditions in the Waroona fires in Western Australia, which completely wiped out a town a few years ago, and also to the recent California fires,’ he told AAP.

Fire and Emergency Services Minister Craig Crawford said the conditions reminded him of the Ash Wednesday fires in Victoria.

* ‘I’m sure that some people have probably got very good and elaborate systems of pumps and dams and systems and they believe that ‘I’ll be OK and I know what I’m doing and I’ve done this before’. Today is not one of those days. Today is different. We are expecting a firestorm.’

* ‘What we’re expecting in Queensland today is the kind of conditions (that other states) have seen in the past – these are the kind of days where people could lose their lives.’

Premier Annastacia Palaszczuk warns people who refuse to leave might not be rescued.

* ‘We may not be able to rescue you once the fire reaches containment lines. Even if you are on the beach, the wind conditions are so dangerous we will not be able to send people in to remove you.’ Premier Annastacia Palaszczuk 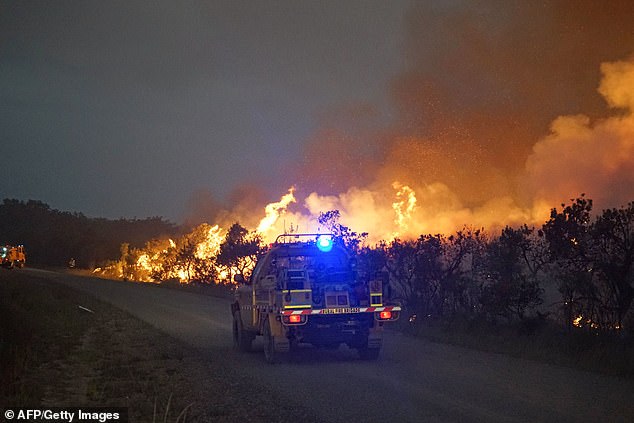 The Queensland Fire and Emergency Services’ Rural Fire Service declared the Capricornia and Central Highlands and Coalfield regions a catastrophic fire danger on Wednesday, the highest level on the scale