Wigan pulled off the big shock of the fourth round as the team from the third-tier of English football knocked out the Premier League side with striker Will Grigg’s double sealing a famous 2-0 victory.

West Ham were reduced to 10 men after Masuaku was sent off soon after the break for spitting. 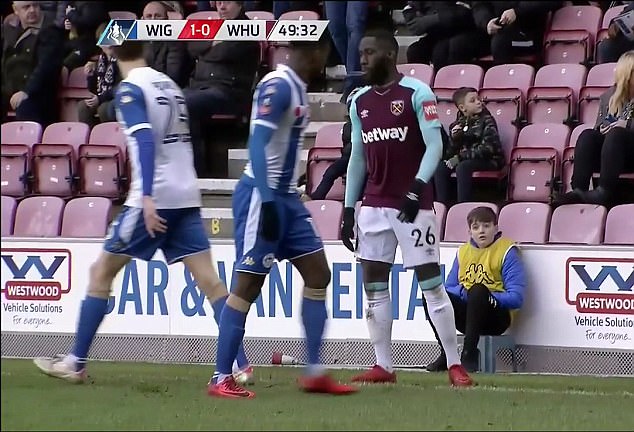 Masuaku was caught spitting at opposition midfielder Nick Powell, which saw him sent off 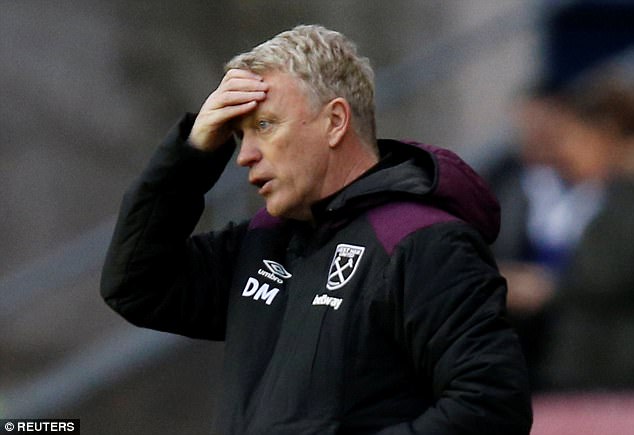 He now faces a lengthy suspension, which will come at a bad time for West Ham given their pile-up of injury problems.

‘It was despicable,’ Moyes said after the game. ‘I’ve not seen it from him. We like him, he’s a really good boy around the club… it is out of character.’

‘He will deserve everything he gets and he’ll get something he deserves from us. It’s unacceptable.’ 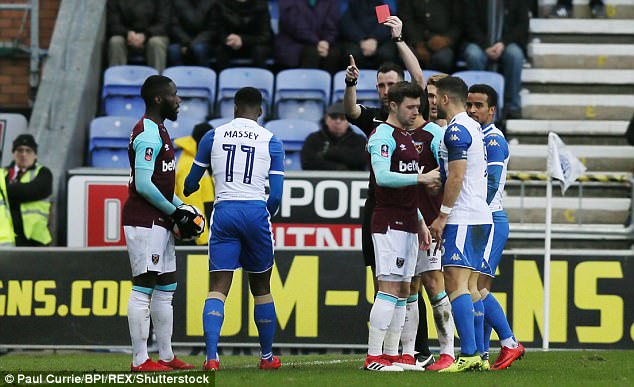 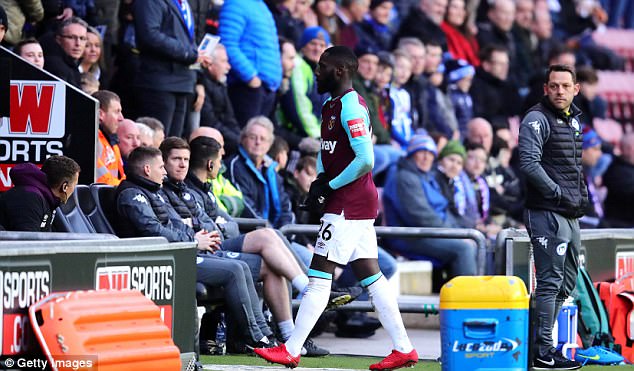 Leeds United forward Samu Saiz accepted a six-game ban for spitting in their FA Cup third round defeat at Newport earlier this month.

The Hammers were eliminated after Will Grigg scored twice at the DW Stadium.

West Ham, who are 11th in the league, take on 13th-placed Crystal Palace on Tuesday.