Former Tory MP Charlie Elphicke, who is accused of repeatedly groping a woman in her 20s, told a court he was ‘besotted’ with the Parliamentary worker and enjoyed spending time with her.

Elphicke, 49, who is accused of assaulting the young woman in the Palace of Westminster and kissing against her will in 2016, described how he thought the worker was ‘amazing’ and ‘hadn’t felt like this in years’.

Giving evidence at Southwark Crown Court he said the Parliamentary worker was ‘lovely and wonderful’ and told jurors he texted her: ‘Goodness I need a stiff drink!’ before meeting her for a drink.

They ‘gossiped’ and discussed how much they enjoyed spending time together for two hours before parting ways at around 8pm.

But Elphicke denied pulling the woman onto his lap and planting a ‘disgusting, slobbery’ kiss on her open mouth.

He insisted any touching was ‘social’ and ‘normal’ and denied allegations that he shoved his hand down her top and fondled her breasts.

Ian Winter QC, defending, asked Elphicke: ‘When having those kind of friendly conversations were you touching her at all?’

Asked whether the conversation went any further, Elphicke said: ‘I texted [her] how much I liked her in many ways and how I had not met someone like her for a very, very long time and how I was really liking her a lot and I wanted us to take our relationship to a different level.’

Mr Winter asked: ‘How do you think now you actually felt about her on [that day]?’

Elphicke replied: ‘Besotted. I thought she was just amazing. I hadn’t felt like this in years and I said to her when was the last time you felt like this and I thought it was a two way street.’

When asked by the lawyer if the worker had made clear she did not feel those things for him, Elphicke went on to say: ‘No. We then discussed that we should meet up on her birthday. I was thinking effectively on neutral ground.’

He added: ‘I would only have touched her in a normal, social form of touching.

During the trial, it was revealed that Elphicke, who also denied trying to kiss the worker ‘on an open mouth’, asked the woman to call him when she got back home after the meeting but she allegedly replied: ‘Sorry my phone died. All good. See you tomorrow.’

When asked by Mr Winter if he propositioned her, the MP replied: ‘Yes. I was very struck by her and I lost my head over her. I thought she was lovely and wonderful.’ 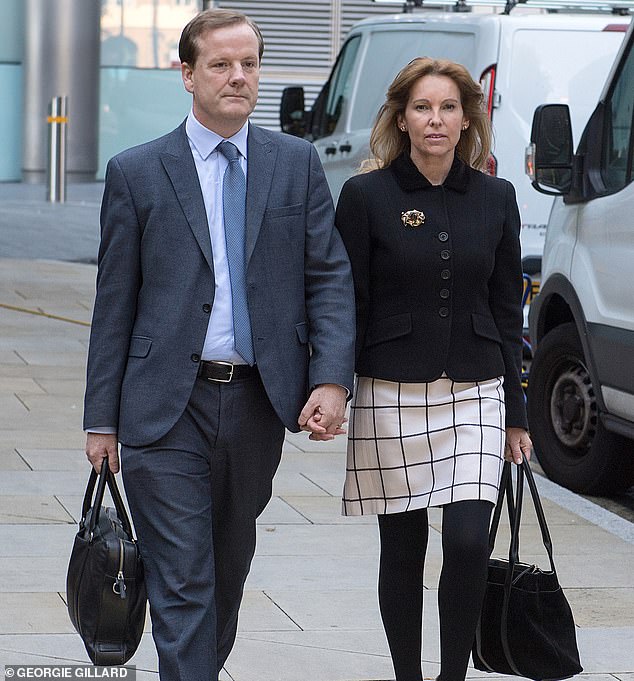 The alleged victim was said to have messaged Elphicke later in the month: ‘Still in bed now. Cat has come in for cuddles.’

‘What did you think when you got that message?’ the defence barrister asked.

‘I thought that was very overt and I thought it was an indication of her interest in me,’ Elphicke said.

‘What do you mean by overt?’ the QC asked.

The former MP said the pair exchanged emojis and the woman had ‘blown him a kiss’ in one text while he sent her ‘four dancing flamenco lady’ emojis in another.

‘Did you think that her conduct towards you was fake in any way? Mr Winter asked.

‘No,’ replied the former government whip.

The former MP also told jurors the woman had said she appreciated his friendship but was concerned a romance might ‘end badly’ for her. 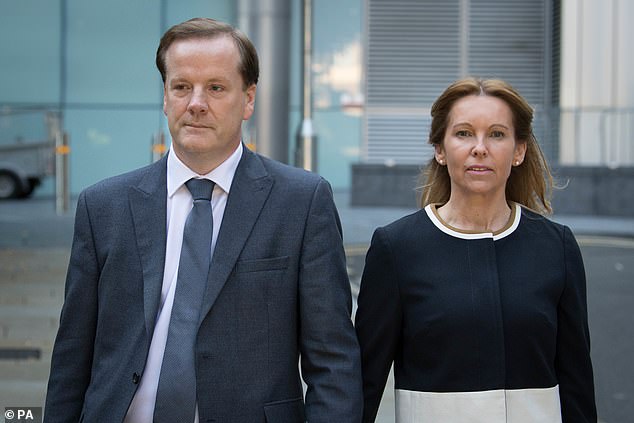 He claimed he ‘tried to persuade her that wouldn’t happen’ but accepted her position after she made clear her mind was made up.

The married father-of-two bombarded the young staffer with sexual propositions via text and in person throughout their friendship in 2016.

‘She told me she liked me very much as a friend and we got on very well and it was fantastic but she didn’t want to take it into a relationship because she was concerned it might end badly,’ the former government whip said.

‘She said she was worried about the impact on her and her career prospects and she thought she would lose out.

‘I tried to persuade her that wouldn’t happen, but her mind was made up, and I accepted that position.’

The woman allegedly messaged a friend at the time confiding that Elphicke had ‘pushed’ her until she was forced to ‘hammer’ the point home.

Reading from texts sent to the recipient, Mr Winter said: ‘She says: ‘He pushed last night when I thought I said no. I flagged it to my line manager. But today I really hammered it and he got it.”

The former Dover MP is also accused of sexually assaulting another woman at his Belgravia townhouse in 2007.

The married father-of-two is said to have chased her around the kitchen and smacked her bottom while chanting ‘I’m a naughty Tory’.

The former MP, from Dover, denies three counts of sexual assault relating to the two women.

On Monday, Ephicke wept when he told jurors he had cheated on his wife, Natalie Elphicke, by having sex with a third woman in 2015.

None of the women can be named for legal reasons.

Entering the witness box for the first time, in the third week of his trial, Elphicke wept as he acknowledged the strain his behaviour had put on his marriage.

He also told jurors he had lied to police – and his wife – about the extent of his feelings for the parliamentary worker.

It was only in March that Mrs Elphicke, a trained solicitor, was poring over the case files when she saw text messages to the parliamentary worker, whom Elphicke admitted having propositioned.

He told jurors: ‘I lost my head. I didn’t know how to tell Natalie I had developed an emotional attachment.’

Elphicke said his wife ‘became very cross’ when she found out about her husband’s feelings for the Parliamentary worker because she thought he might be having an affair with her.

The former MP said: ‘She (Mrs Elphicke) was very upset. It was very, very difficult.’

Describing the status of his marriage, Elphicke went on to say: ‘It hangs by a thread. I’ve got a lot of work to do.

‘She’s most upset that I didn’t tell her at the outset.’

He added: ‘I’ve made a complete mess of everything. ‘