‘All the innuendo is false’: Christian MP spectacularly outs himself for regularly visiting seedy south east Asian towns saying it’s because he’s in love with a young Filipino woman

National MP George Christensen has outed himself as the politician who was investigated by the AFP for his regular visits and payments to South-East Asia – but says he’s done nothing wrong.

The Queensland politician, 40, was investigated after large money transfers to multiple overseas accounts, located in areas known for drugs and prostitution, were picked up by a financial intelligence agency, The Herald Sun reported.

His actions and travel were reported to have created concern he was open to blackmail or extortion, and Mr Christensen, a devout Christian, was said to have been warned of this.

Christensen issued a lengthy statement on Facebook on Saturday morning, claiming there was no truth to any suggestion of wrongdoing.

Instead, he told The Herald Sun he had been sending money to his fiancee and her mother, as he helps to support both of them.

National MP George Christensen (left) says he has been investigated by the Australian Federal Police for regular visits and payments to areas of South-East Asia notorious for drug trafficking and prostitution – but says there was nothing untoward, and he was just visiting his fiancee April (right)

‘This whole matter is vile and defamatory, and impacts not only me, but my fiancée and my loyal staff who have been abused and threatened because of this putrid smear campaign,’ he wrote in a lengthy statement shared online.

Mr Christensen said the allegations were ‘highly defamatory’ and claims they come from a senior Labor MP with ‘no direct knowledge of the conduct they were alleging’.

He claims to have a letter from the Australian Federal Police which states investigators ‘found there was no evidence, or other information to support the allegation, or establish criminal conduct’.

The member for Dawson, who lives in Mackay, said he was never interviewed by officers about any matter, criminal or otherwise.

‘All the innuendo is false,’ he said.

‘Apart from jaywalking or speeding, I have never, in my entire life, committed a criminal offence either in Australia or overseas.’ 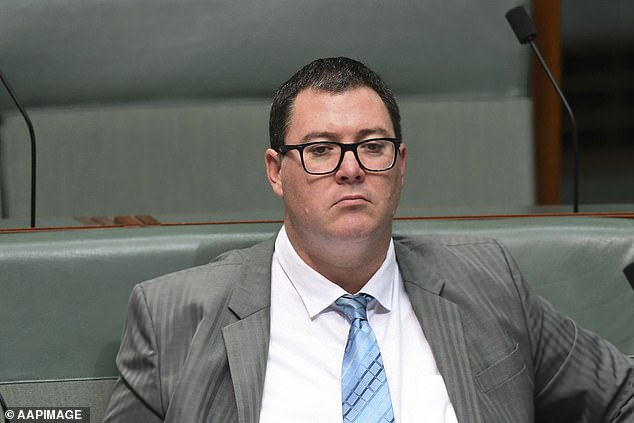 The member for Mackay has slammed his political opponents for running a smear campaign, and a police investigation found no evidence of criminality

Mr Christensen said in September he first visited the Philippines after learning a significant portion of his electorate were from the country, and it was there he met April Asuncion, his now-fiancee.

They met in 2017, and he proposed over the phone in August, telling News Corp: ‘she’s the one for me’.

Mr Christensen has not been accused of any wrongdoing, but the AFP warned in a letter to Home Affairs Minister Peter Dutton that the MP is still at risk of being compromised by foreign interests.

The politician said those behind the ‘smear campaign’ were ‘gutless’ and ‘the lowest of the low’, and asked his adversaries to argue with him on his politics, not try to ruin his name with speculation about his personal life.

‘I say to my political opponents that if you want me out of Parliament, beat me the old fashioned way – on the hustings, not through smear,’ he said. 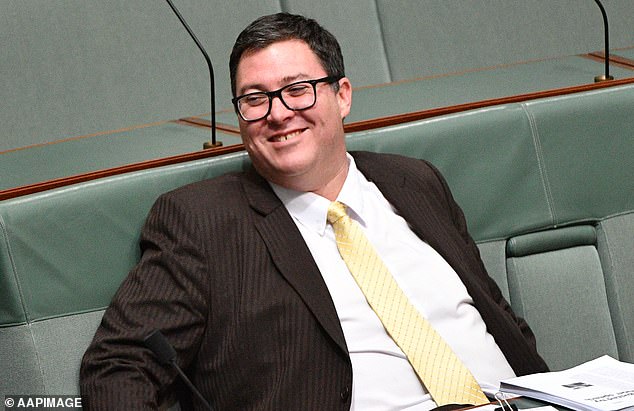 Mr Christensen said he was helping to support his fiancee and her mother with the payments, and had only flown to south-east Asia at his own cost