An MP who rushed to the aid of the policeman stabbed to death in the Westminster attack disagrees with running away from terrorists – and insists he prefers to charge them down’.

Defence minister Tobias Ellwood, who was hailed for his attempts to save the life of PC Keith Palmer during the Westminster terror, has also attack has criticised security failings in Parliament.

In an interview to mark six months since the attack, Tobias Ellwood said the Parliamentary estate should go into ‘lockdown’ as soon as an incident occurs.

He pointed out that as he was trying in vain to save the officer’s life, a motorcycle courier entered the gates of Parliament ‘circled around’ and left – exposing security failings.

But the Tory MP for Bournemouth East has said the terrorists will ‘never win’ and wishes more citizens would take them on. 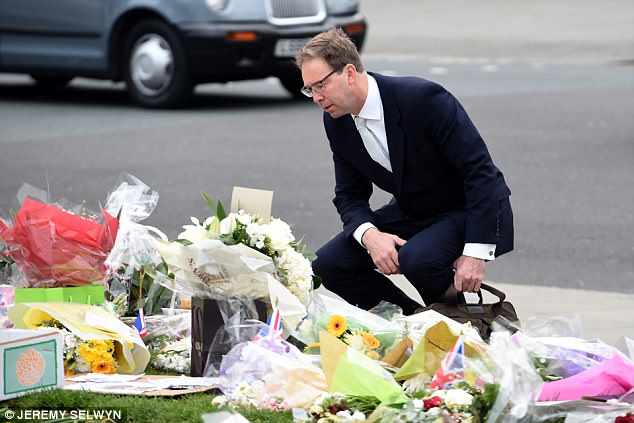 Asked whether whether he felt ‘protected’ in Parliament he said: ‘I was very aware that as I was with others in trying to keep PC Keith Palmer alive, the gates remained open.’

‘Indeed a courier turned up on his moped circled around a couple of times and went out again and that shouldn’t happen in our day and age.

‘There needs to be a big red button that gets hit as soon as something happens and there’s lockdown.’

Mr Ellwood, a former soldier and MP for Bournemouth East, described talking to his eight-year-old son about what happened.

‘I found him at the top of the stairs. He was refusing to go to bed. It was very late. 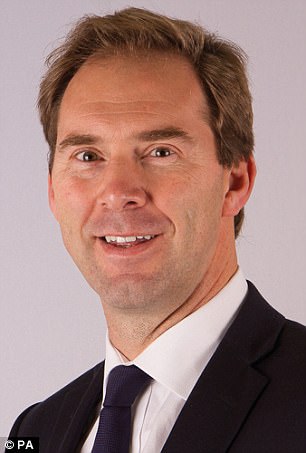 Mr Ellwood is a former soldier and MP for Bournemouth East

‘He wanted answers. He couldn’t understand firstly why someone had done something as terrible as this and then he was puzzled as to why I stepped forward into danger to help.

He added: ‘If we do give up, the terrorist wins and that’s a position I can never accept.’

In spite of all the terrorist attacks to hit Britain and other Western countries in recent months, Mr Ellwood, speaking before the Parsons Green bombing, is confident the war on terror can be won.

‘I do. And we pay tribute to the work that’s been done to break down Daesh/ ISIL in Iraq, in Syria and that is good.

‘But unfortunately we are seeing extremism flourish elsewhere and that must be on the messaging. It must be on the fact that Islam is a peaceful religion. It’s also to do with education.

‘Education is a more sustainable weapon against extremism than any army. Critical thought is going to prevent any extremist from getting into your head to be able to make you believe that it’s a worthy cause to kill other people.’