A Scottish Conservative MP today ended his hopes of being a linesman at the World Cup in Russia next year after bowing to SNP pressure over missing a Commons vote.

Douglas Ross, the Moray MP, missed a non-binding vote on universal credit last week to run the line in a Champions League match in Barcelona.

The Conservative Party whipped its MPs to abstain on the stunt and Mr Ross was away from Westminster with permission.

But he was lashed by critics in the SNP and Labour and today told his local paper he would not miss any more votes for football matches – meaning he will not be chosen to referee at the World Cup next year. 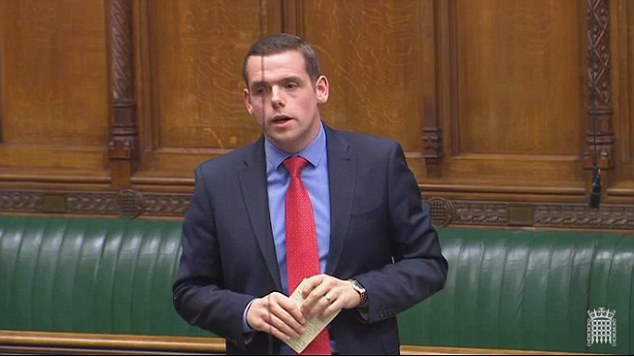 Mr Ross (pictured in the Commons earlier this month) missed a non-binding vote on universal credit last week to run the line in a Champions League match in Barcelona.

He told Inside Moray he was ‘not immune’ to criticism that he should have attended the debate even though he knew he would be unable to speak.

He said: ‘I have been a referee for almost 15 years now. My first local game was in the Forres Welfare league and I never thought after that match that I could go on to represent my country at international level and share a pitch with some of football’s greatest players.

‘I also never thought when I was first elected as a local councillor that one day I would have the honour of representing my home area as Member of Parliament at Westminster.

‘I have been blessed to reach the top level in my chosen hobby and occupation and in all fairness to my number one priority, as Moray’s MP, I recognise I can no longer do both.’ 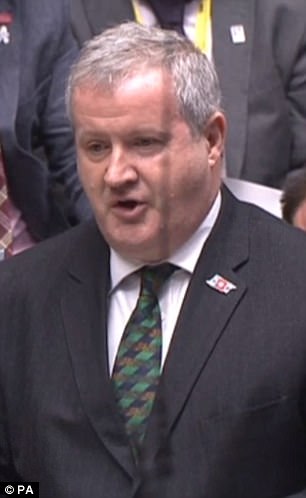 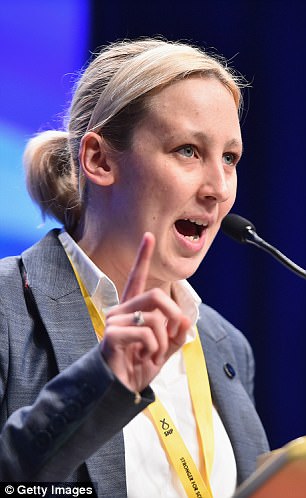 Mr Ross said: ‘This week I have taken the decision to inform the football authorities that I will no longer be able to accept any appointments when Parliament is sitting.

‘The consequence of this decision means that I can no longer do the majority of International matches and my hopes of representing Scotland, and most importantly for me, Moray, at a World Cup, now end.’

Mr Ross has a better voting record than many of the SNP MPs, turning out for 96 per cent of Commons votes since he was first elected in June.

SNP group leader Ian Blackford has taken part in 88 per cent of votes since June. Party rising star Mhari Black has voted on just 19 per cent of occasions.

SNP MP John McNally – who brought a red card to the Commons to mock Mr Ross – has voted on 88 per cent of occasions.