Their warnings come at a time of mounting disquiet over China’s ambitions and its takeovers of UK firms, including the near £1billion swoop yesterday by technology conglomerate Tencent on games developer Sumo Group.

Buyout firms with links to Beijing have been quietly targeting science, technology and engineering firms.

The chips are down: Chinese giants are targeting UK tech stars such as Wales’ Newport Wafer Fab

MPs claim some of the firms effectively act as proxies for China, while others obscure their connection to the country’s Communist regime through tax havens.

There have been concerns for years about foreign investment in firms working on hi-tech ‘dual-use’ technologies such as microchips, which appear innocuous but could be militarised and turned against Britain by adversaries.

But there are now added fears that the Covid crisis – which has wiped billions off the value of UK companies – could trigger a wave of attempts by Chinese private equity firms and other predators to pounce on cutting-edge groups on the cheap.

This could lead to a ‘brain drain’ with highly skilled British jobs and intellectual property flowing overseas.

Conservative MP Bob Seely, who sits on the Commons foreign affairs committee, said: ‘There is a problem with private equity anyway but we’ve got to be wiser to what’s happening when it’s a Chinese firm.

‘When it comes to buying up sensitive technologies, because China is a one-party state you have to wonder what the motives are – this can effectively be a surreptitious tech transfer.’

The Isle of Wight MP added: ‘We are extraordinarily naive about this and, of course, we need to trade to China but it has to be on reasonable terms and not where we lose out significantly.’

The Mail is campaigning for greater transparency in the private equity and an end to sharp practices by firms. One of the major demands in the Mail’s manifesto is for more protection for sensitive sectors such as technology and defence.

Critics have long argued that the UK has been far too lax about selling off hi-tech British companies – particularly to private equity groups. This is because they often work to a model where they buy a firm, make sweeping changes and then break it up and sell off the parts within five or so years.

When China is involved too, it can raise questions about national security.

There have been some signs of a tougher approach, notably in telecoms where Huawei was banned from taking part in Britain’s 5G rollout.

China has also walked away from the Sizewell C nuclear project, amid rising tensions between London and Beijing.

And at Welsh chip maker Newport Wafer Fab (NWF), the UK’s biggest microchip factory, ministers have intervened in an attempt by a Chinese-owned company to take over the business. Nexperia has already appointed two directors to NWF’s board following a contract dispute. 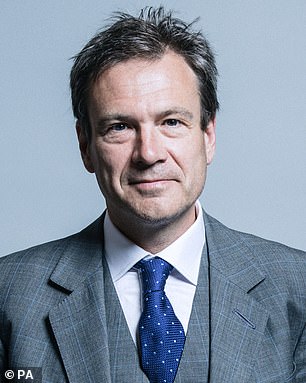 The firm insists it is exercising its ‘legal rights’ and has sought to take over NWF outright. Drew Nelson, Newport Wafer Fab’s chairman, has claimed that Nexperia’s takeover will help secure the factory’s future.

But it prompted Boris Johnson to instruct Sir Stephen Lovegrove, the national security adviser, to look at the deal.

‘We have to judge whether the stuff that they are making is of real intellectual property value and interest to China, whether there are real security implications,’ the Prime Minister told a parliamentary committee earlier this month.

Another recent embarrassment for ministers included revelations that a Chinese-owned circuit board maker was supplying parts for Britain’s next generation F-35 fighter jets.

The Ministry of Defence claimed Exception PCB posed ‘no risk’ to the F-35 supply chain – an assertion that has prompted incredulity from some defence hawks who pointed out the programme is highly classified.

Sir Gerald Howarth, a former Conservative defence minister, said the Government had been ‘completely and utterly naive about China’.

A PCB director insisted ‘firewalls’ were in place between the company and its owner, Shenzhen Fastprint.

The Hertfordshire firm – which makes microchips used in everything from computers to cars – was sold to private equity firm Canyon Bridge for £550million in 2017 despite security concerns raised by critics about the deal.

At the time of the takeover, Government officials were reportedly assured that the Chinese would be ‘passive’ investors, meaning they would not interfere with the running of Imagination.

But last year a crisis erupted when China Reform suddenly attempted to parachute directors on to Imagination’s board and seize control. They reportedly wanted to relocate the company to China.

The power-grab was only halted after a group of Tory MPs alerted the Government and officials stepped in.

A probe involving spy agency GCHQ was later launched into how the fiasco had been allowed to get so far.

When it comes to overseas takeovers, new laws could lead to much more extensive scrutiny at an earlier stage, but only if they are deployed with vigour.

The rules will force companies to notify the Business Department in advance of sensitive transactions in more than a dozen sectors including artificial intelligence, satellite and space tech, and autonomous robots.

But even if it is adopted with gusto, UK firms will still be more vulnerable than those in other countries – including the US, many in Europe and even China itself – which readily block deals where sensitive technology could be lost to foreign buyers.

Matthew Byatt, co-founder of chip-focused investment bank Acuity Advisors, warned that the UK is not doing enough ‘and that means all of our most precious assets are ripe for the taking. Chinese private equity are really attracted to them.’