MPs Rudd, Clark and Gauke appeal for Tory unity as party is engulfed by bitter in-fighting

‘If we don’t get a deal next week we MUST delay Brexit’: MPs Amber Rudd, Greg Clark and David Gauke appeal for Tory unity as party is engulfed by bitter in-fighting

Leaving the European Union has been a protracted and complex process. Disentangling 46 years of membership has not been – and was never going to be – a simple task.

But, as members of her Cabinet, we have seen for ourselves the extraordinary determination and resilience the Prime Minister has demonstrated in seeking to implement the result of the 2016 referendum.

In the next few days, it is to be hoped that we can achieve a breakthrough in our negotiations with the EU and a new deal can be presented to Parliament. After months of uncertainty, it is time that MPs recognised the need to get a deal, accepted that this is the only deal on offer, and supported it.

Once the deal is passed, the benefits will be felt nationally. Optimism will surge, relief will be palpable, we will have pulled back from the damaging precipice of No Deal, and we can put the divisions behind us. 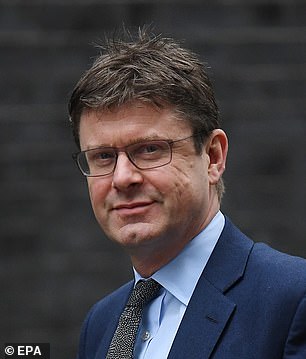 Work and Pensions Secretary Amber Rudd (left), Business Secretary Greg Clark (right) and Justice Secretary David Gauke say it is better to extend Article 50 and delay our date of departure rather than crash out of the EU on March 29

But too many of our parliamentary colleagues appear complacent about the consequences of leaving the EU without a deal.

Our economy will be damaged severely both in the short and long term. Costs will increase, businesses that rely on just-in-time supply chains will be severely disrupted, and investment will be discouraged.

Obviously, trade with the EU will become harder but so will trade with important non-EU economies, such as Japan and South Korea, with whom we currently trade with the benefit of free trade agreements available for EU members.

Our national security will be weakened. For example, co-operation with our EU allies depends upon the free flow of data between our authorities. Such co-operation will not be possible unless we reach agreement as to how this will work when we are outside the EU. No such agreement is in place.

And the integrity of the United Kingdom would be put at risk. A No Deal Brexit will mean that those whose lives straddle the Northern Ireland/Republic of Ireland border will become much more complicated.

It is already clear that moderate Nationalists who, up until now, have been reconciled to living in the United Kingdom, will increasingly see the attractions of a united Ireland. The calls for a border poll would grow stronger and, with it, the prospect of the end of the United Kingdom. 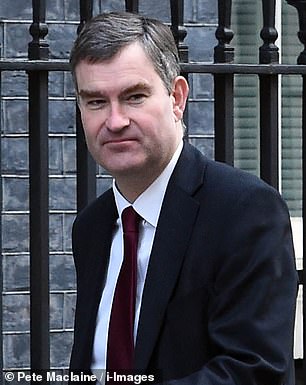 In such circumstances, it does not take much of a leap in imagination to see how the Scottish separatists would seek to seize the chance to break up Great Britain, too.

Far from Brexit resulting in a newly independent United Kingdom stepping boldly into the wider world, crashing out on March 29 would see us poorer, less secure and potentially splitting up.

It would be truly remarkable if this was as a consequence of Conservative MPs voting down the deal. We must be the party that promotes business, protects our security and preserves the Union. None of this would be achieved by pursuing a No Deal Brexit.

The Government’s policy is to leave the European Union on March 29 with a deal that protects our economic and security interests. That date is less than five weeks away and time is running out.

If we cannot achieve a parliamentary breakthrough in the next few days, the country will face a choice. We could crash out on March 29 or we could try to leave with a deal at a later date. Beyond the next few days, there simply will not be time to agree a deal and complete all the necessary legislation before March 29.

Our hope is that Parliament recognises that we should leave the EU on March 29 with a deal. However, if there is no breakthrough in the coming week, the balance of opinion in Parliament is clear – that it would be better to seek to extend Article 50 and delay our date of departure rather than crash out of the European Union on March 29.

It is time that many of our Conservative parliamentary colleagues in the ERG recognised that Parliament will stop a disastrous No Deal Brexit on March 29. If that happens, they will have no one to blame but themselves for delaying Brexit.