Mr Motivator! Boris Johnson wants the nation to get fit to beat coronavirus in new anti-obesity drive that could include more gastric bands – as he says he is ‘as fit as a butcher’s dog’ and does PRESS-UPS in his office

Boris Johnson is planning to put the nation on a diet to help people become fighting fit to beat coronavirus.

The Prime Minister is drawing up plans to speed up the battle against obesity after it emerged that fat people are more at risk of death and serious ill health from the disease.

Ministers are drawing up plans that include greater use of bariatric surgery – including gastric bands – as part of a wider fitness programme that includes diet advice and family exercise plans.

Other measures being mooted include bans on buy-one-get-one-free deals, free drinks refills in restaurants and mandatory calorie counts on food menus.

It came as Mr Johnson insisted he was back to 100 per cent after his own hospitalisation with coronavirus in the spring.

He has been spotted in recent weeks running in London – including at Buckingham Palace, and in an interview with the Mail on Sunday he declared he was ‘as fit as a butcher’s dog’ before doing press-ups in his office.

“All the focus and energy is going to be on getting the nation fitter because, as the coronavirus has shown us, it will save lives,” said a Department of Health source told the Sunday Times.

In an interview with the Mail on Sunday he declared he was ‘as fit as a butcher’s dog’ before doing press-ups in his office. 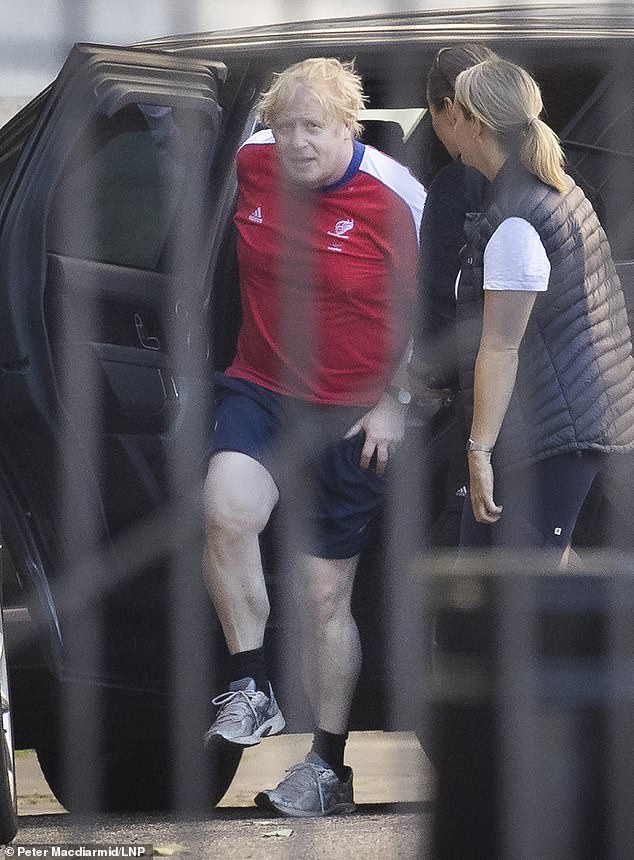 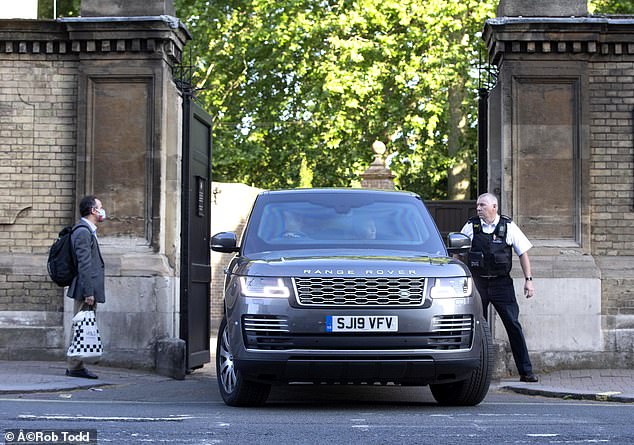 Studies have shown that being obese may double the risk of needing hospital treatment for the coronavirus.

British scientists trawled through data for more than 428,000 people who were part of the UK Biobank in May.

Some 340 of those tested positive for COVID-19 in hospital – one of the only places to access a test in the UK – amid the pandemic.

Being overweight or obese increased the risk of ending up in hospital with the killer infection by 1.6-fold and 2.3-fold, respectively.

And for every BMI increase of four-and-a-half units, the risk of dying from COVID-19 rose by about 25 per cent, Glasgow University experts said.

Obesity leads to conditions such as type 2 diabetes and heart disease, both of which are known to make patients more vulnerable to COVID-19.

But extra fat may also lead to inflammation within the body, heavily linked to grave complications. An overproduction of inflammatory markers results in what has been described as a ‘cytokine storm’, which can be deadly for coronavirus patients.

Other scientists have suggested fat cells harbour vital immune cells needed to fight the infection, or make large amounts of a protein used by the virus to latch on to human cells.

The findings uncovered several other risk factors for hospitalisation with COVID-19, including smoking, being of BAME background and sleep apnoea.

Mr Johnson has been spotted running in and aroudn Downing Street in recent weeks, with the Queen opening up the grounds of her London home to help his recovery from coronavirus and improve his fitness.

Referring to his improving health today, Mr Johnson said that the security officers who accompanied him on his morning run had ‘detected in the last few days a notable turn of speed and… are starting to break into a mild trot themselves’.

He declared: ‘I’m as fit as a butcher’s dog now.

‘The country is going to bounce forward, and I certainly feel full of beans. Never felt better.’