Thousands of cases of aggressive prostate cancer could be spotted early by using cutting-edge MRI scans, a major study has found.

An international team led by University College London found they could diagnose 46 per cent more aggressive tumours by using MRI scans rather than relying on biopsies.

The NHS-funded study, presented at the European Association of Urology congress in Copenhagen yesterday, also found the number of men subjected to painful biopsies was cut by more than a quarter.

If the approach was rolled out across the health service, it would mean 28,000 British men each year could be spared the invasive probes.

The NHS is already piloting the use of MRI in several ‘one-stop’ services, as revealed by the Daily Mail this month. But the new findings – the largest study conducted into the use of the scans – provides the most compelling evidence yet that they can make a major difference to patients’ outcomes.

The Mail is campaigning for an urgent improvement of prostate cancer treatments and diagnosis, which are lagging years behind other diseases such as breast cancer.

Currently any man thought at risk of prostate cancer is subjected to a biopsy – a small tissue sample removed from their prostate. Some 100,000 middle-aged British men undergo this procedure each year, usually after a blood test has picked up raised levels of ‘prostate-specific antigen’, known as PSA. But biopsies are notoriously painful and come with a risk of side effects including infections and bleeding.

The new study, involving 23 hospitals in 11 countries, instead used MRI scans to give doctors a detailed picture of the prostate. The researchers were able to give the all-clear to 28 per cent of men, meaning they did not need a biopsy. 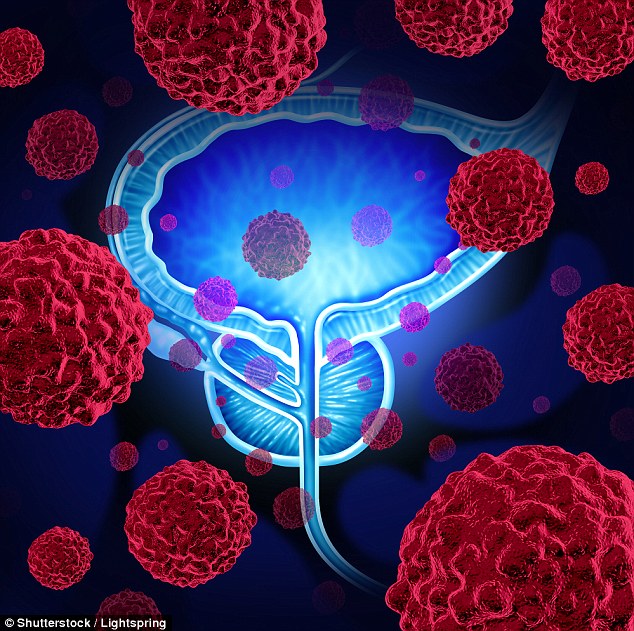 For the remainder, doctors were able to conduct the biopsy with far greater accuracy, using the MRI scan to sample directly from suspicious tissue.

They also slashed by 59 per cent the number of ‘insignificant’ cancers diagnosed – those that would never cause a problem – from 22 per 100 using biopsies to nine per 100 for those using MRI.

Karen Stalbow of Prostate Cancer UK said: ‘For too long men have had to endure a stab-in-the-dark biopsy technique, which can miss one in four harmful prostate cancers. It is now more important than ever that all men with suspected prostate cancer get a multi-parametric MRI scan before biopsy.’

How wives suffer too

Wives of men with prostate cancer find their own health suffering as a result of their husband’s illness, researchers have found.

More than 47,000 men are diagnosed with prostate cancer in Britain every year, and the disease kills 11,800 annually. But the impact of the disease on the tens of thousands of wives of these men has never been properly documented.

The new study suggests nearly half of wives see their health suffer as their husbands go through treatment.

The researchers said: ‘The wives try not to show vulnerability to the husband or the children, because they would like to appear as strong and caring people. Some of the wives feel aloneness, and it is challenging … to talk about the disease with their husbands and others.’

The Danish researchers interviewed 56 women whose husbands were being treated for prostate cancer.

Researcher Jeanne Avlastenok said: ‘They gradually developed a real fear of being alone, even within the relationship. They felt they had to be strong, which meant they couldn’t share the burden of the illness.’