CCTV footage shows the gunmen, dressed in military fatigues and police uniforms, in a fierce gun battle with cops before they flee with Mendoza in the city of El Progreso, 108 miles north of the capital, Tegucigalpa.

Mendoza had been on his way to a trial hearing. 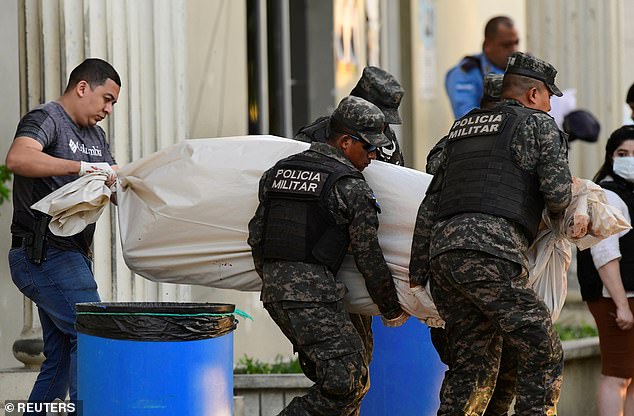 CCTV from the court, aired by Honduras’ HCH broadcaster, shows Mendoza in handcuffs wearing a white vest being led into the building by armed security forces.

Mendoza then reappears without handcuffs and carrying a machine gun and a pistol.

As the gang try to leave, security forces open fire from outside the court and the gang return fire before they flee.

Three police officers were killed at two others injured. 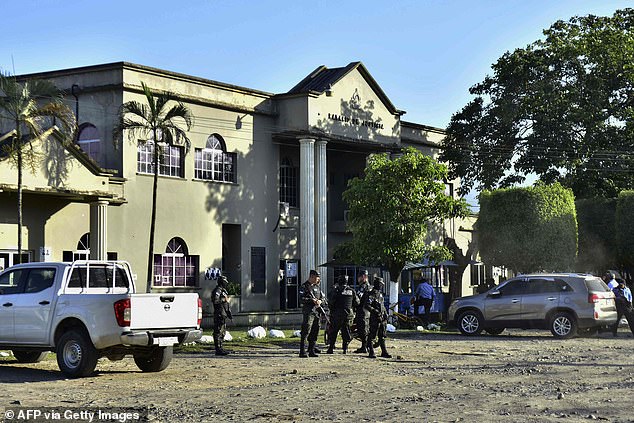 The notorious MS-13 crime group was founded by Salvadorans in Los Angeles in the 1980s and spread to El Salvador, Honduras and Guatemala as the United States deported waves of migrants.

The most important MS-13 leader on the northern city of San Pedro Sula, Mendoza had been captured in 2015 and sentenced to 20 years in jail on charges of illicit association and money laundering.

‘We are going to recapture this man and arrest those who helped him escape,’ said Deputy Minister of Security Luis Suazo.

Local television showed images of about 20 uniformed men and with their faces covered shooting and then climbing into several vehicles to escape with Mendoza.

MS-13, along with its rival Mara 18, are among the most powerful gangs operating in Central America, with most of their activities dedicated to extortion, assassinations and drug trafficking. 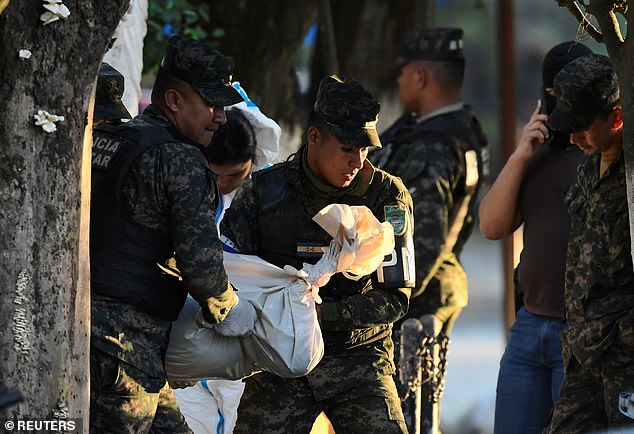