In what could be a growing trend around the sports world, New York’s Madison Square Garden has been using facial-recognition technology to catalog all those who enter the building as an added security measure, and other arenas may be doing the same.

Multiple sources familiar with the building’s security told The New York Times that the midtown-Manhattan institution, often referred to as ‘The world’s most famous arena,’ has been quietly using the technology.

Facial-recognition technology captures images of people as they enter a building and crosschecks that picture with a database of other images for identification. So if someone who was previously barred from MSG were to be identified, they could theoretically be barred from entering. 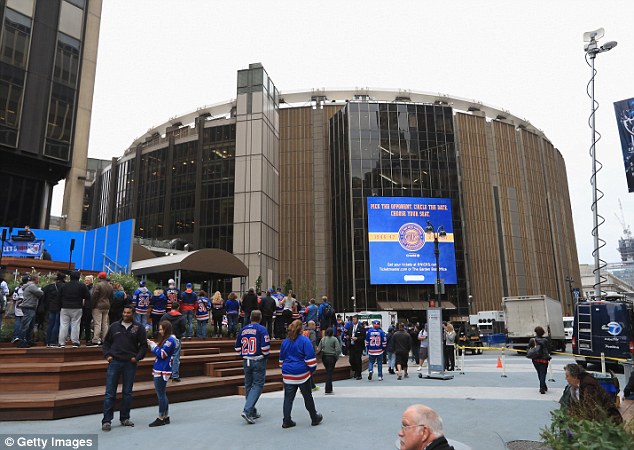 However, the technology does have its drawbacks. For instance, it raises concerns over privacy or possibly be used for commercial purposes, such as marketing and other promotions.

‘MSG continues to test and explore the use of new technologies to ensure we’re employing the most effective security procedures to provide a safe and wonderful experience for our guests,’ MSG said in a statement.

It is not known if MSG used the technology for any purposes besides security or even when the arena began using it.

‘In a lot of places we will see facial recognition framed positively as just an extension of video surveillance,’ said Clare Garvie, an associate at the Center on Privacy and Technology at Georgetown Law Center. ‘But the reality is it is a way to require, or in secret, have everyone in a crowd show their papers, essentially, to compare them to a big enough database.’

At least two other arenas are using the technology along with MSG, which is home to the NBA’s Knicks, NHL’s Rangers, and hosts college basketball tournaments and several boxing matches every year. 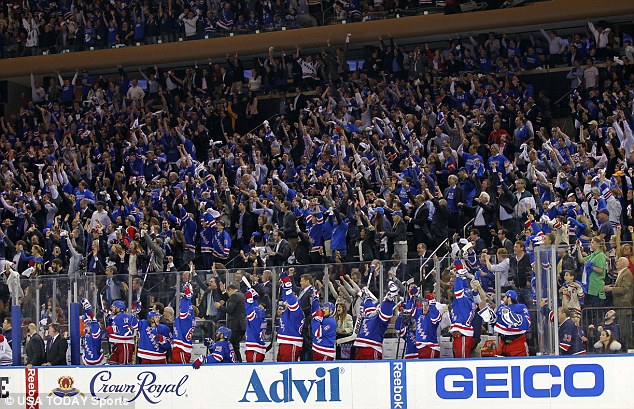 In the future, Rangers fans (pictured here celebrating a postseason goal in 2014) could enter MSG and purchase concessions without taking their wallets out of their pockets

‘Nothing is more important to us than the safety and security of the fans, players, team and arena staff at our games,’ said NBA spokesman Mike Bass. ‘The league and our teams are exploring the use of all state-of-the-art technology, including facial recognition, to ensure that we have industry-best security measures to protect all those in our arenas.’

Many government buildings use the software, as does Walmart, which used it to target suspected shoplifters.

In addition to using the technology for promotional purposes, such as targeted advertising, facial-recognition software could allow MSG to learn more about its customers, many of whom bought tickets through intermediaries.

And according to the Times report, facial-recognition software could one day allow fans to park, enter a stadium and make purchases all without taking out their wallet.

‘The days of having 40,000 to 60,000 people in the stadium and not knowing who they are, I think those days are going to disappear,’ said Charles Carroll, a senior vice president at IDEMIA, which handles the Transportation Security Administration’s PreCheck program.

The company has worked with three other venues, including Brooklyn’s Barclays Center, to help expedite entry times for large crowds, according to the Times’ report. 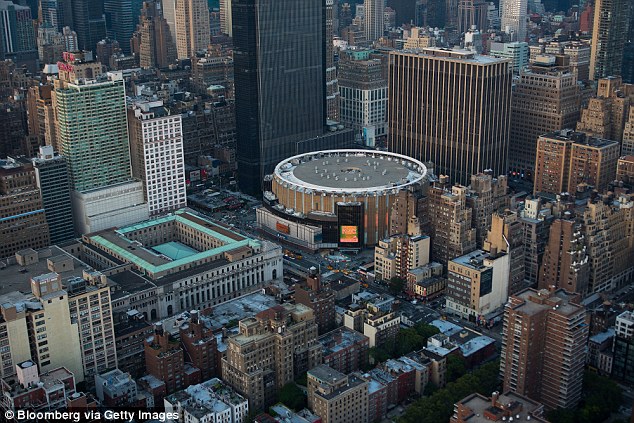 Known as ‘the world’s most famous arena,’ MSG hosts the Big East Tournament and several boxing events ever year in addition to concerts, NBA and NHL games

Some NBA teams are already using the technology as a security measure around team locker rooms and practice facilities, such as the Sacramento Kings and Dallas Mavericks.

The Mavericks, however, have not found a reason to use it extensively throughout Dallas’s American Airlines Center.

Team owner Mark Cuban emailed the Times to say that the team still needs to ‘find the right application that creates so much value people want to use it.’

Currently there is no federal law prohibiting the use of the technology, although Texas and Illinois require consent.

‘We are in a kind of legal Wild West when it comes to this stuff,’ American Civil Liberties Union policy analyst Jay Stanley said.

‘I should know if I am being subject to facial recognition if I am going into any business, including a stadium,’ he continued. ‘Even if you are just running my face against a list of people who have been banned from the premises and doing nothing else with it.’ 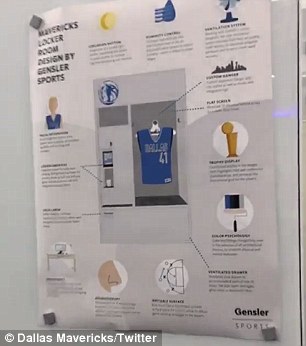 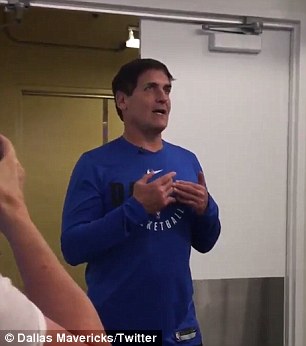