MSNBC host Rachel Maddow has come under fire for ridiculing some of President Trump’s promises when it comes to the action his administration is taking to help combat coronavirus.

During her show on March 20th, Maddow said that the president’s claim that hospital ships would be sent to both the east and west coasts by next week was ‘nonsense’.

However, her pronouncement has turned out to be false as both the USNS Mercy was deployed to Los Angeles and arrived over the weekend, while the USNS Comfort pulled into New York Harbor on Monday – just 10 days after her broadcast.

Maddow was resolute in her stance that the ship, the Comfort, would not be anywhere near New York City for weeks, despite the president declaring otherwise.

‘In terms of the happy talk we’ve had on this front from the federal government, there is no sign that the Navy hospital ships that the president made such a big deal of, the Comfort and the Mercy, there`s no sign that they`ll be anywhere on-site helping out anywhere in the country for weeks yet’, Maddow said. 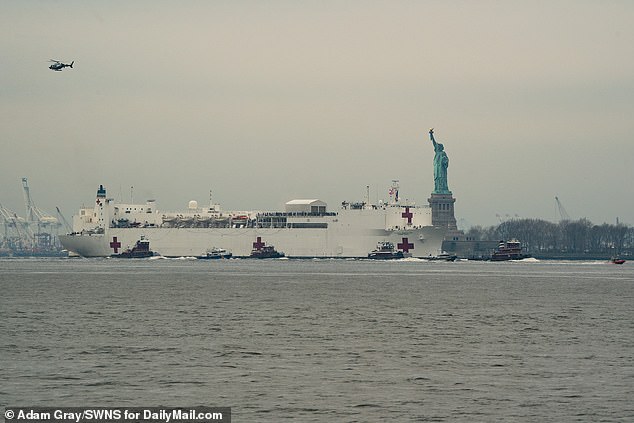 The Military Sealift Command hospital ship USNS Comfort sails past the Statue of Liberty as it arrives in New York, to help with the COVID-19 response, pictured on Monday 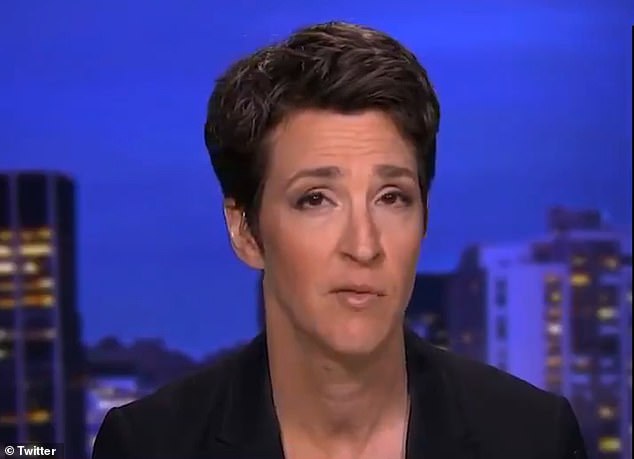 Criticism against Maddow came thick and fast as frustrated viewers tweeted at her, with some including the original video clip.

‘Hey, @Maddow, last week you said it was nonsense that the hospital ship would come to NY this week. We’ll… It arrived today!’ crowed one user.

‘Has @Maddow been right about ANYTHING?!?’ asked another.

‘Rachel you need to apologize on air for lying to the American people. Yet you wonder why the american people agree with the President about FAKE NEWS,’ demanded one Twitter follower.

‘Hey @Maddow! You going to tell your viewers you lied? The USNS Comfort arrived in NY today! This is why no one trusts you or @MSNBC’ wrote one.

‘How she still has a show after 3 years of peddling Russian collusion conspiracy theories is astonishing,’ mused another.

Maddow was proved wrong on Monday as the military hospital ship arrived in New York as the country’s coronavirus epicenter gears up for the peak of the pandemic, with emergency restrictions extended amid grim warnings the death toll will soar.

The navy’s 1,000-bed USNS Comfort docked at a Manhattan pier as more US states enforced stay-at-home orders after President Donald Trump abandoned his Easter target for life returning to normal in the United States.

The 894 foot-long vessel, which also has space for a dozen operating rooms, was greeted by cheering crowds after departing Norfolk, Virginia on Saturday.

The Comfort will care for New Yorkers requiring intensive care unrelated to the coronavirus, easing the burden on a hospital network overwhelmed by an influx of COVID-19 patients.

Its arrival came as Virginia, Maryland and the capital Washington D.C. became the latest areas to restrict citizens’ movements, meaning almost three-quarters of Americans are now living, or about to live, under various phases of lockdown. 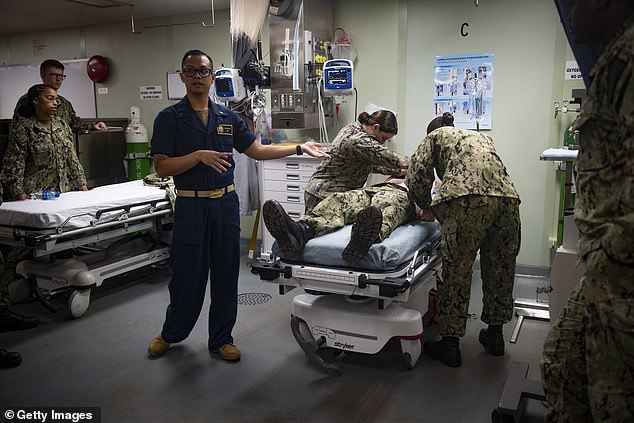 The Comfort, pictured, will serve as a referral hospital for non-COVID-19 patients currently admitted to land-based hospitals. This allows the rest of city’s hospitals to focus their efforts on COVID-19 cases

On Sunday, Trump cancelled his plans to re-open much of the United States by Easter and extended social distancing guidelines until the end of April after his top scientists confronted him with data on the rising coronavirus deaths.

He said America’s death rate was likely to increase for two weeks, describing as ‘horrible’ a prediction by senior scientist Anthony Fauci that COVID-19 could claim up to 200,000 lives.

Worst-affected New York is ramping up hospital capacity and taking delivery of desperately needed medical supplies as it races against time.

‘We have been playing catch up from day one,’ Governor Andrew Cuomo told reporters.

‘Don’t fight today’s fight. Plan for two weeks, three weeks, four weeks from now when you’re going to have the apex, and make sure that we’re in a position to win the battle,’ he added. 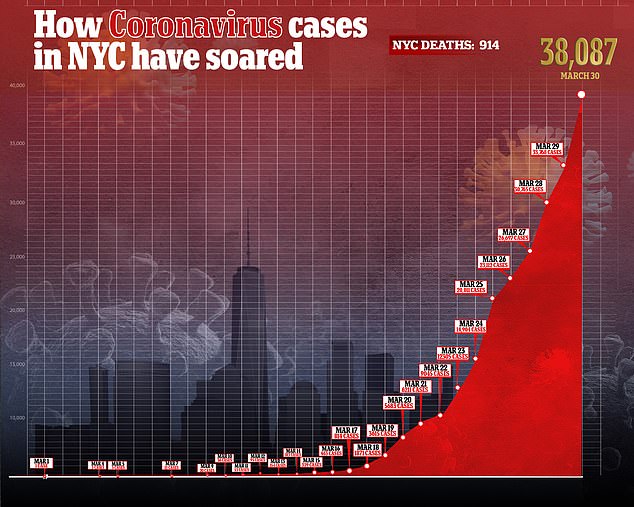