MTV Unplugged co-creator dies after being struck by cab

Co-creator of MTV Unplugged Jim Burns has died after being struck by a taxi while crossing Fifth Avenue in Manhattan with his service dog.

Burns, 65, was struck on Saturday on the Upper East Side and succumbed to his injuries on Tuesday.

Police say the cab driver turned onto Fifth Avenue from East 87th Street and struck Burns, who had been walking with his seeing-eye dog near his Upper East Side home at 9.30am. 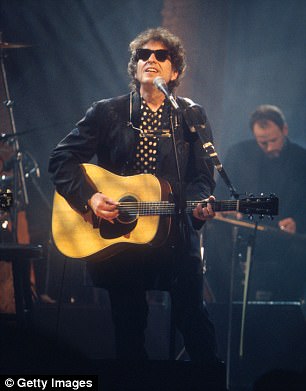 Jim Burns, co-creator of MTV Unplugged, which in its heyday showcased such artists as Nirvana’s Kurt Cobain (left) and Bob Dylan (right), was struck and killed by a cab in Manhattan

The taxi driver remained at the scene; police still were investigating but don’t expect criminal charges.

An MTV spokeswoman said the network is deeply saddened to learn of the death, and that Burns’ groundbreaking work would live on.

MTV Unplugged with Robert Small debuted in 1989 at the height of the channel’s musical and cultural influence in America.

On the hugely popular show, artists such as Nirvana, Eric Clapton, Aerosmith, Jay-Z and Bob Dylan performed stripped-down versions of their hit songs in an intimate venue.

‘As co-creator of the beloved ‘Unplugged’ franchise, his groundbreaking work continues to resonate with audiences around the world. Our thoughts and prayers go out to his family and loved ones,’ says a statement from MTV.

Some artists released their Unplugged recordings as albums. Clapton’s sold 7.7million copies, the most-ever for the series, according to Billboard. 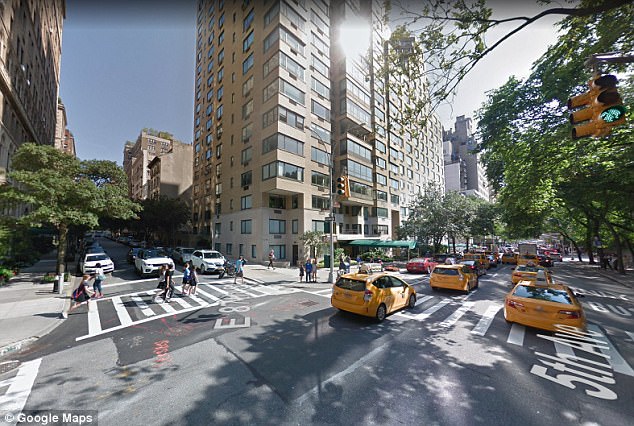 Crash scene: A taxi turned onto Fifth Avenue from East 87th Street and struck Burns, who had been walking with his seeing-eye dog Saturday morning

Nirvana sold 5.1million copies when it debuted in November 1994 at No. 1 on the Billboard 200 chart and was the band’s first album after Kurt Cobain’s suicide in April 1994.

The music series was rebooted this year, with performances from locations around the country that hold meaning for the artist performing. It premiered in September with Shawn Mendes.